The total number of fever cases from late April to 6 p.m. Sunday stood at 4.77 million, of which 99.99 percent had recovered and 144 are being treated, it added. 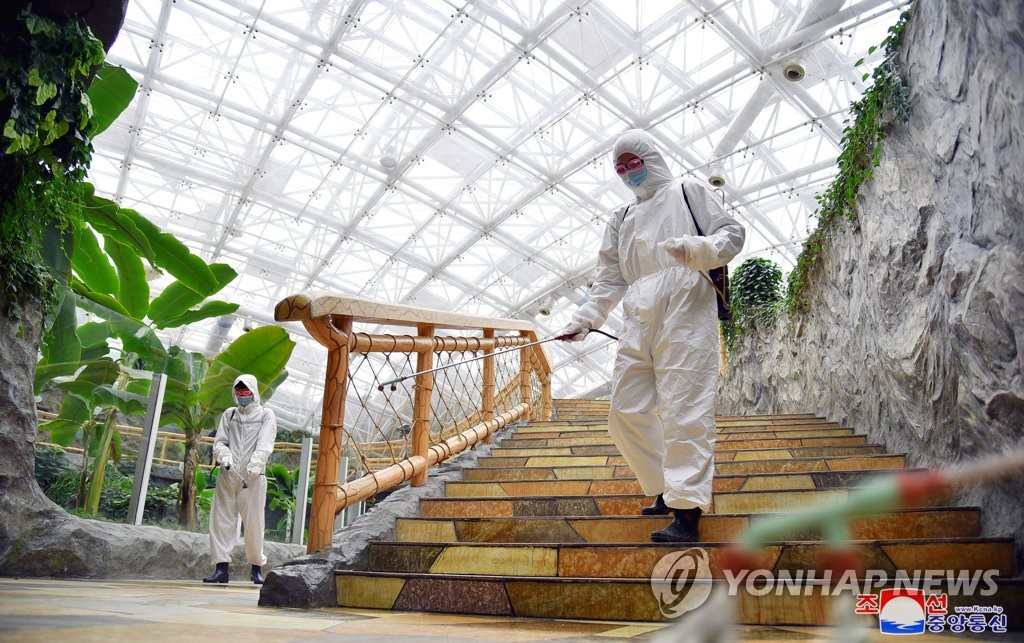 "The state emergency anti-epidemic headquarters ... provides a strict guidance and control over the implementation of relevant instructions and assignments rapidly issued by it to cope with abnormal phenomena that a series of unusual things are found in some areas," it said in an English-language article.

Last month, the North claimed its coronavirus outbreak originated from "alien things" found near the inter-Korean border, alluding to balloon-carried materials sent at the time by North Korean defector groups in South Korea, such as anti-Pyongyang leaflets.

The KCNA said such unusual objects are being seized and inspected, and that health authorities at all levels are working to ensure the safety of the anti-epidemic environment.

The North's claims of no virus cases in recent days have raised expectations for a possible shift in its stringent antivirus policies.

In a regular press briefing, Cho Joong-hoon, spokesperson of Seoul's unification ministry, said it would be difficult to predict any policy change, citing a range of possibilities, including that of the North keeping its quarantine drive to head off a resurgence of virus variants.

Pyongyang disclosed its first COVID-19 case on May 12, after claiming to be coronavirus-free for over two years. The North immediately declared a "maximum emergency" control system and implemented nationwide lockdowns.