"Sector 17" was fourth on the Billboard 200, selling 34,000 equivalent album units, Billboard said Sunday (U.S. time) in a preview of the upcoming chart.

"Sector 17" is now Seventeen's highest-charting album and second ever to hit the top 10 of the chart. Its fourth studio album, "Face the Sun," reached seventh on the Billboard 200 in June.

A repackage version of "Face the Sun," "Sector 17" sold 1.12 million copies in its first week of sales, becoming the band's seventh million-selling album. Its lead track, "_World," was No. 1 on iTunes top song charts in 28 countries around the world. 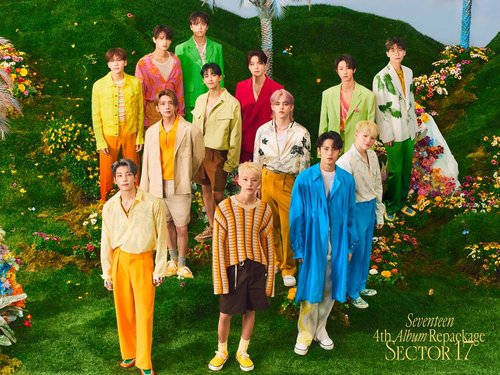 Seventeen lands at No. 4 on Billboard main albums chart

Seventeen lands at No. 4 on Billboard main albums chart