SEOUL, Aug. 1 (Yonhap) -- President Yoon Suk-yeol's approval rating sank below 30 percent in the wake of the embarrassing disclosure of a controversial text conversation with the ruling party floor leader, a poll showed Monday. 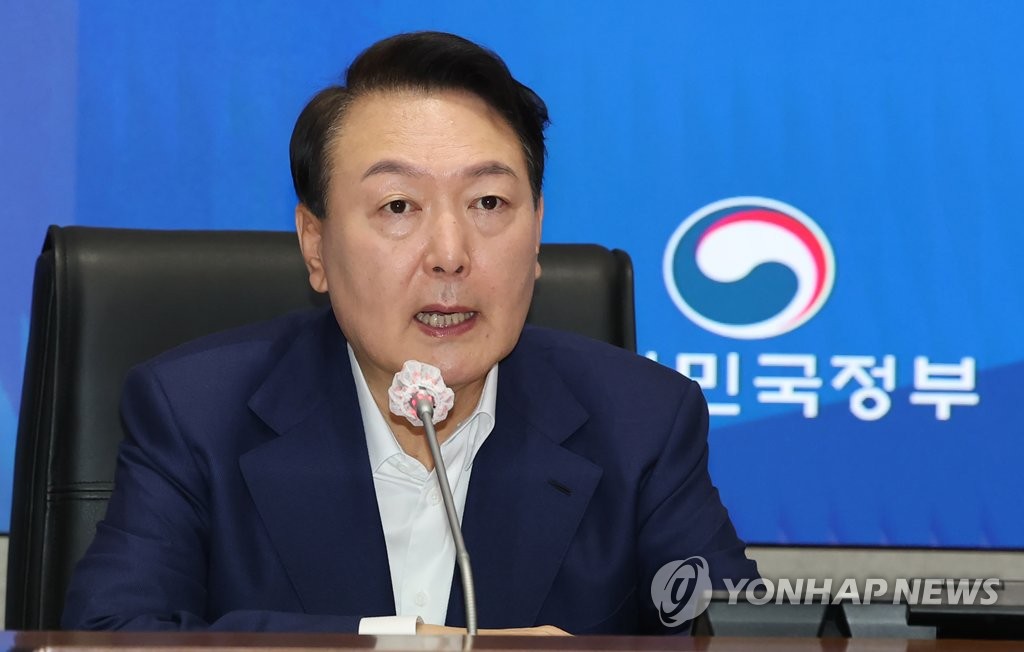 The result came amid leadership turmoil at the ruling People Power Party.

Last week, PPP floor leader Kweon Seong-dong apologized after a text conversation he had with Yoon was caught on camera, in which Yoon was seen backbiting about suspended party chief Lee Jun-seok.

Kweon took over as acting leader of the party in early July after the party's ethics committee suspended Lee's party membership for six months over allegations of sexual bribery and a cover-up.

On Sunday, Kweon offered to resign. The incident also prompted three members of the party's Supreme Council to quit amid speculation the party could switch to an emergency leadership system.

On views that Yoon's opinion could have affected the disciplinary measure against Lee, the KSOI poll showed that 68.8 percent agreed with the claim, while 25.5 percent dismissed it.

In a separate poll of 2,519 voters nationwide conducted by pollster Realmeter between Monday and Friday, 33.1 percent said Yoon was doing well on state affairs, down 0.2 percentage point from the previous week.

Those who gave a negative assessment rose 1.1 percentage points from a week ago to 64.5 percent.