SEOUL, Aug. 1 (Yonhap) -- South Korea's central bank said Monday it is "appropriate" to raise its key interest rate in small increments going forward as long as inflation and growth trends do not deviate much from the expected paths.

The Bank of Korea (BOK) provided the broad guidance on the future trajectory of monetary policy in a report to the National Assembly after it delivered an unprecedented 0.5 percentage-point rate increase last month to rein in surging inflation.

It was the sixth rate hike since August last year, when it began rolling back its easy monetary policy put in place to prop up the pandemic-afflicted economy. The previous five rate hikes were all by 0.25 percentage point, and the rate now stands at 2.25 percent.

"Unless future inflation and growth trends deviate much from currently-projected paths, we determine that it is appropriate to raise the benchmark interest rate steadily by 0.25 percentage point," the central bank said.

South Korea is grappling with rising inflation pressure amid global supply snarls and the ongoing war in Ukraine that have sent oil and commodity prices higher.

The country's consumer prices, a major gauge of inflation, soared 6 percent in June from a year earlier, the fastest clip in nearly 24 years.

Ordinary people also expected inflation over the next year to hit 4.7 percent, the highest since 2008, when the central bank began compiling related data.

BOK Gov. Rhee Chang-yong told lawmakers that rising inflation expectations could cause the prices-wage feedback and lead to a further rise in inflation down the road.

"Should high inflation get entrenched, further sharp rate increases will become inevitable, which could cause more damage to the broader economy," Rhee said.

In Monday's report, the BOK said this year's consumer price growth will "by a small margin" exceed 4.5 percent, a projection that the central bank provided in May, while the growth rate for this year will be smaller than 2.7 percent predicted in the same month.

"At this moment, inflation risks are higher," the central bank said. "Since inflation will likely remain high for the time being, it is necessary to maintain the policy path of raising the interest rate."

As for the Federal Reserve's recent "giant-step" rate increase and worries that money could leave for the U.S. for higher returns, the BOK said that chances for a massive capital exodus from local financial markets are "not high."

It said that cross-border money flows could be affected not by interest rate differences but by the overall economic conditions at home and abroad, adding that foreign capital rather flowed into South Korea in three previous cases when interest rates in the U.S. became higher than here. 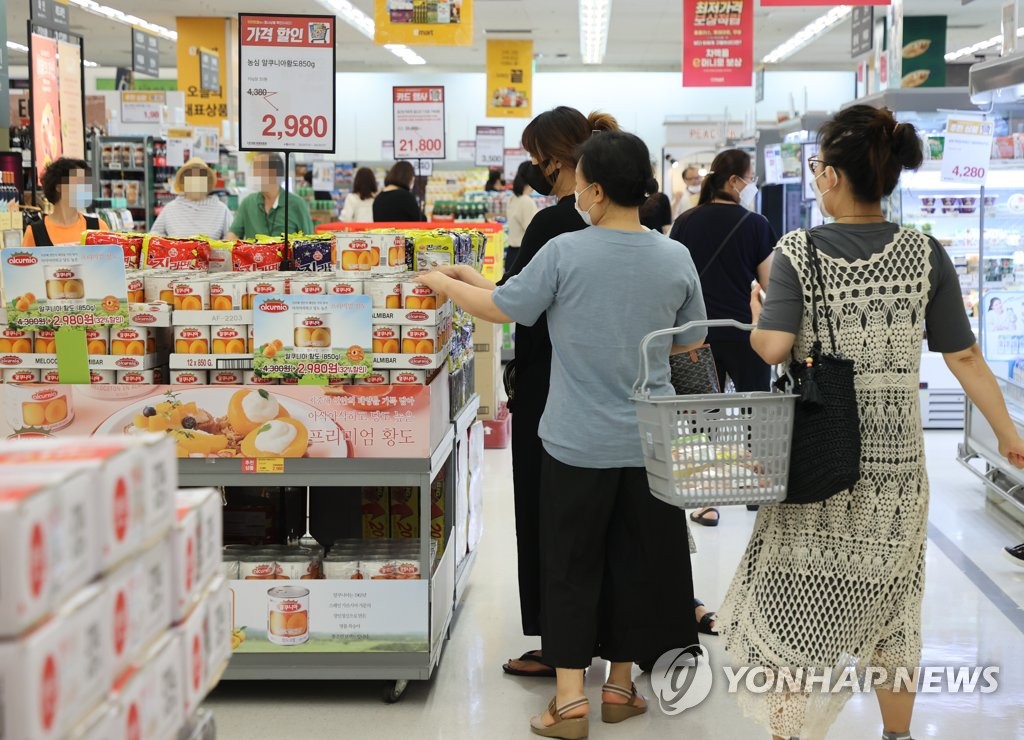