SEOUL, Aug. 1 (Yonhap) -- Opposition is growing among teachers and parents alike to the government's plan to move up the elementary school starting age by one year to 5 starting as early as 2025.

Reporting this year's key policy plans to President Yoon Suk-yeol last week, the education ministry said it will soon begin discussions on the plan to lower the school starting age from the current 6 to 5 and implement it in 2025 at the earliest upon social consensus.

Through the plan, the government seeks to take on more child care for young children against the backdrop of low birth rates, close education gaps and eventually help school graduates land jobs and start their careers earlier than now.

Many teachers and parents are, however, voicing objections to the plan that they say could further deepen already fierce competition for grades and put the burden of schooling on the intellectually unprepared 5 year olds.

Teachers and parents point out the plan could put many students at competitive disadvantages, as the 5- and 6-year-olds who started school at the same time in the transition period will have to compete more for college entrance and job opportunities.

In an effort to address such concerns, Education Minister Park Soon-ae said Monday the government can consider implementing the plan gradually over a 12-year period.

"If there are too much concerns and the level of support is low, the government could in fact choose to implement it through 12 years, moving up one month each year," Park said on CBS radio.

Kindergarten teachers are also opposed to the plan that would lead to fewer students. 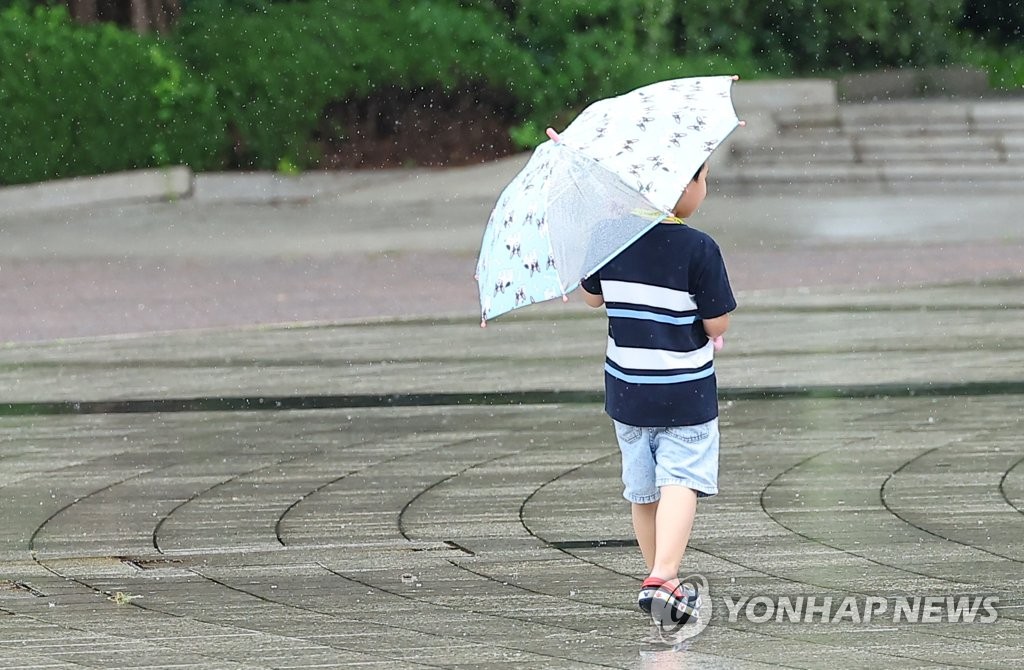 On Monday, a total of 36 civic groups representing kindergarten and school teachers and parents planned to stage a protest rally in front of the presidential office to demand its withdrawal.

"Requiring the entry into an elementary school at age 5 is inappropriate given the level of little children's cognitive and emotional development," an official at the association of the civic groups said.

"It could also have negative side effects, such as advancing the starting age for competition for college entrance and private education," the official said.

Since Saturday, the civic groups have collected signatures, mostly online, for their petition calling for the withdrawal of the plan.

A labor union representing public kindergarten teachers nationwide also planned to hold a separate rally against the plan in front of the presidential office later in the day.

"Starting elementary school at age 5 is a policy that disregards young children's development," an official at the Korean Teachers and Education Workers Union said, urging the government to "guarantee little children's rights to develop through play and networking with friends."

A poll conducted by KFTA showed 94.7 percent of teachers were against lowering the school entry age.

According to the poll conducted on 10,662 of its members on Monday, 89.1 percent were strongly opposed to the change and 5.6 percent were opposed.

Asked why they oppose the plan, 82.2 percent said it does not take into consideration the stages of child development, including emotional development, and whether the curriculum's level of difficulty is proper.

Only 5.3 percent were in favor of the plan. 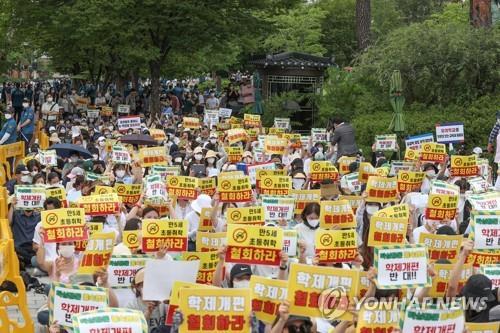