SEOUL, Aug. 1 (Yonhap) -- NewJeans, a new girl group under one of Hybe's sub-labels, will unveil all tracks of its debut album Monday, one week ahead of the album's official release, the group's agency said.

ADOR said the five-member group will digitally release the EP, titled "New Jeans," and the music video for the EP's third lead track, "Cookie," at 6 p.m.

NewJeans is the second girl group from the K-pop powerhouse Hybe, which is home to acts like BTS, Seventeen, Tomorrow X Together, Enhypen and more, after Le Sserafim. 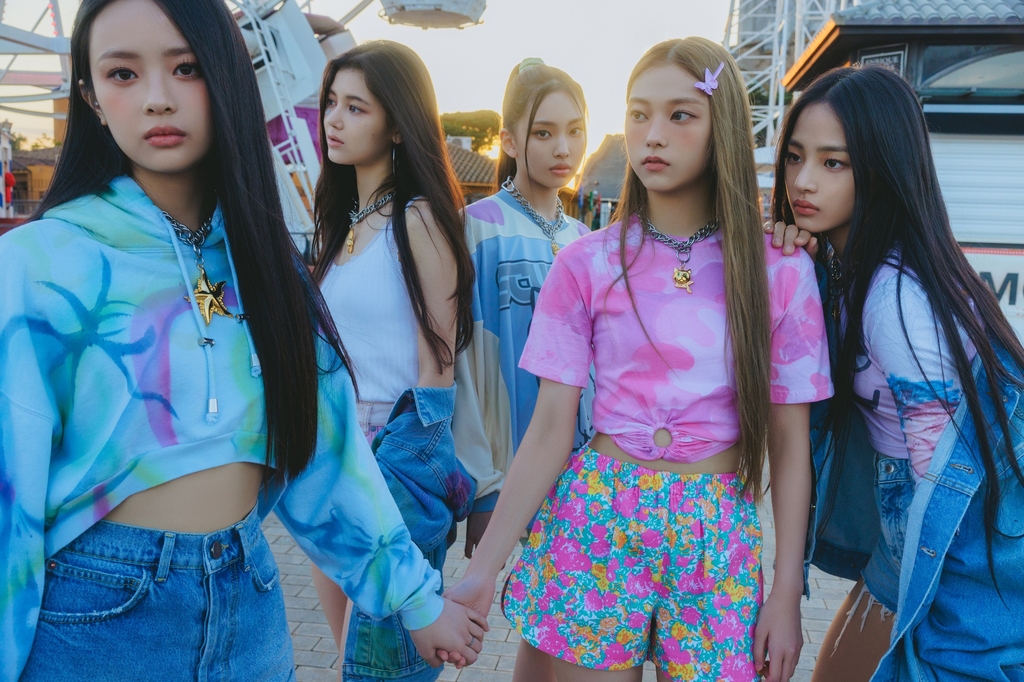 The EP, whose the official release is set for next Monday, has a total of four tracks -- "Attention," "Hype Boy," "Cookie" and "Hurt" -- of which three except for "Hurt" are lead singles.

The agency has previously released music videos for "Attention," "Hype Boy" and "Hurt."

The multinational group consists of members -- Minji, Danielle, Hanni, Haerin and Hyein -- whose average age is 17. It gained attention from K-pop fans well before its debut for being the first girl group to debut under the label led by Min Hee-jin, a hitmaker in the K-pop industry. She had led the visual branding of famous groups, such as Girls' Generation, SHINee, f(x), EXO and Red Velvet, as a creative director and board member at SM Entertainment before joining Hybe in 2019. 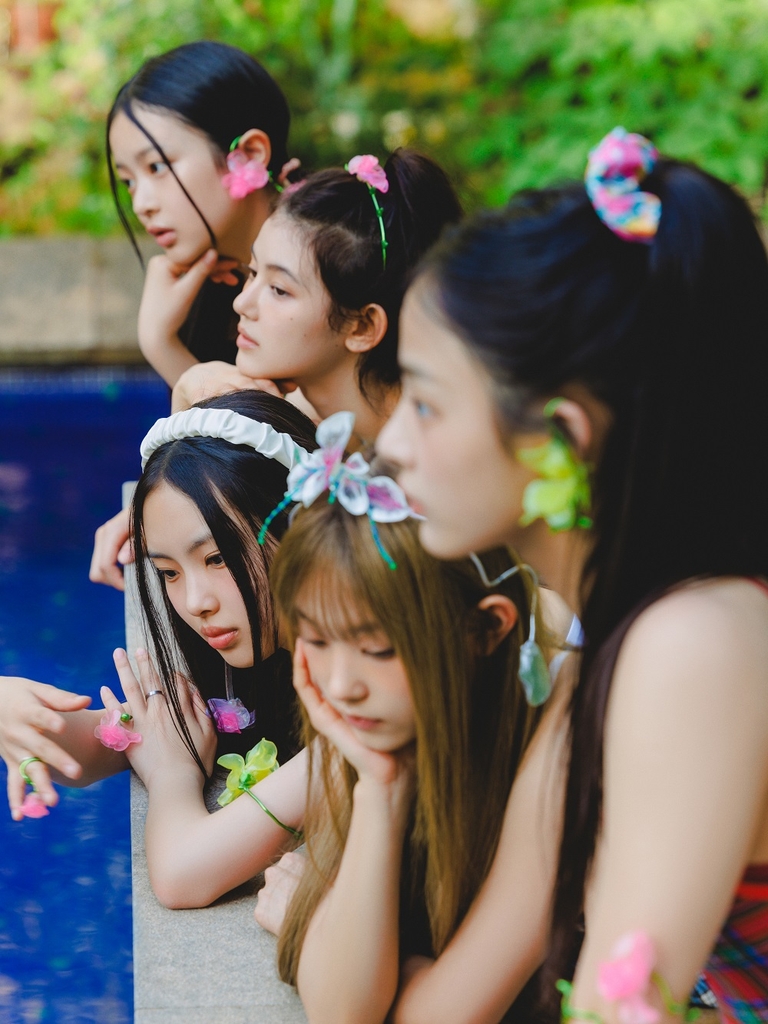 Unlike most K-pop groups, which upload teaser images or videos ahead of their debut, NewJeans made a bold and unprecedented start by dropping the music video for the upcoming album's first main track, "Attention."

"Pop music is a culture that is very close to our daily life, so it is like the clothes we wear every day," Min, CEO of ADOR, said in a statement when she released the music video on July 22. She explained that the group name NewJeans carries its goal of becoming both a new icon of the era, like jeans that people prefer to wear everyday and never get tired of, and "new genes."

The upcoming album has already surpassed 440,000 copies in preorders, which is highly likely to record the most first-week sales of any debut album by girl groups in South Korea.

Sitting atop the list is "Fearless," the first EP from Le Sserafim, which sold 307,450 copies in the first week of its release in May.