SEOUL, Aug. 1 (Yonhap) -- South Korea and the United States plan to conduct an array of drills, including repelling attacks and mounting counterattacks, as part of their major combined training set to kick off later this month, Seoul's defense ministry said Monday.

In a written parliamentary briefing, the ministry said the Ulchi Freedom Shield (UFS) training consists of three main parts -- the crisis management staff training, the first segment on repelling attacks and defending the greater Seoul area, and the second segment on counterattack operations.

The UFS, set for Aug. 22-Sept. 1, has been arranged as the allies are striving to strengthen combined defense through measures, including expanding and publicizing training programs, amid concerns that the North could escalate tensions by conducting a nuclear test or other provocative acts.

During the training, allied forces also plan to practice operating war deterrence measures combining "DIME" elements. DIME stands for diplomacy, information, military and economy, and refers to the multi-faceted efforts to deter North Korean threats, according to the ministry.

This year's edition combines the South Korean government's Ulchi civil contingency training and seeks to enhance the allies' overall capabilities to deal with a possible "all-out" war on the Korean Peninsula.

To that end, the training will proceed on various real-life scenarios, including the discovery of improvised explosive devices at nuclear power plants, a fire at a semiconductor factory and a paralysis of a banking network, the ministry said.

Field training would also take place under scenarios like terrorism at airports or drone attacks.

Another key part of the upcoming training is the full operational capability (FOC) assessment, the second part of the three-stage program designed to vet Seoul's capabilities to lead the allies' combined forces.

The FOC assessment is a key procedure for the envisioned transfer of wartime operational control from Washington to Seoul. The two sides agreed last year to hold the FOC assessment during their defense ministerial talks in Seoul.

In the assessment, the allies plan to check 49 of the total 73 items on the "combined mission essential task list." 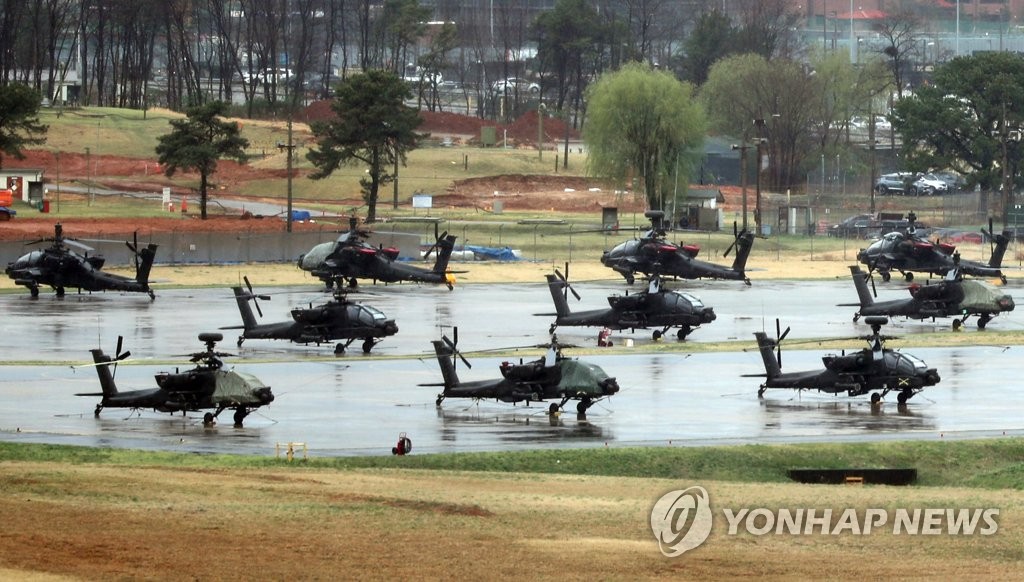