SEOUL, Aug. 1 (Yonhap) -- A quartet of stars who overcame serious injuries to put together impressive careers were added to the South Korean baseball league's 40th anniversary team on Monday. Lee ranked 27th in voting by a panel of experts and fans. As a third-year pro in 1995, Lee became the first left-handed starter to win 20 games in KBO history after making his professional debut in South Korea, going 20-5 with 12 complete games and a 2.01 ERA for the LG Twins.

But Lee began suffering severe back pains that forced him to become a reliever. And he was just as dominant as a closer, leading the KBO with 37 saves in 1997. He remains the only KBO pitcher to have won 20 games as a starter and saved 30 games as a closer.

Lee also had stints with the Chunichi Dragons in Japan and the Boston Red Sox in the majors. 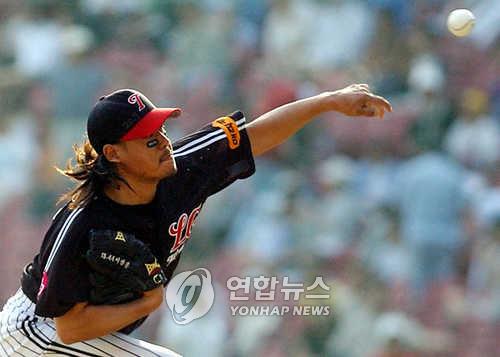 Park Jung-tae came in 32nd place in the voting. He spent his entire 14-year career with the Lotte Giants and was considered the most complete second baseman in the 1990s, combining exceptional bat-to-ball skills with strong defense.

As a sophomore in 1992, Park ranked in the top five in the league in batting average, hits, runs and RBIs, as he helped the Giants to their second Korean Series title.

In 1993, he suffered a serious ankle injury while running the bases and underwent five operations. After missing the entire 1994 season, Park returned in 1995 and batted .337 in 50 games. In 1999, Park set a then record with a 31-game hitting streak.

Nippert, who finished 33rd in the voting, is the first foreign player to make an appearance on the anniversary team. He owns the record for most wins (102) and most strikeouts (1,082) by a foreign-born pitcher in KBO history.

He pitched eight seasons in Korea, including seven with the Doosan Bears. The American right-hander is the only foreign player to have spent seven consecutive years with one club. 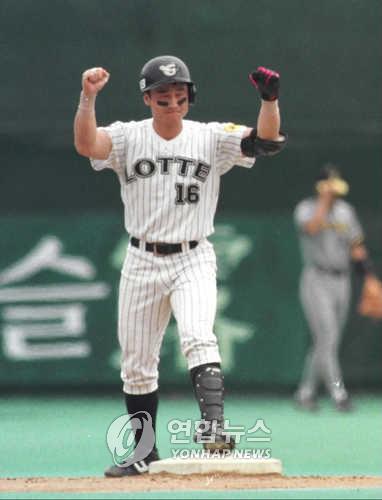 After winning 52 games in his first four KBO seasons, Nippert dealt with right shoulder impingement in 2015 and posted his worst ERA here at 5.10 in 20 starts. But in the postseason, Nippert was back to his dominant self, allowing just two earned runs in 32 1/3 innings in five starts as the Bears won their first Korean Series title in 14 years.

Healthy again in 2016, Nippert tied the record for most wins by a foreign pitcher with 22 en route to capturing the regular season MVP honor. The Bears won their second straight Korean Series title. 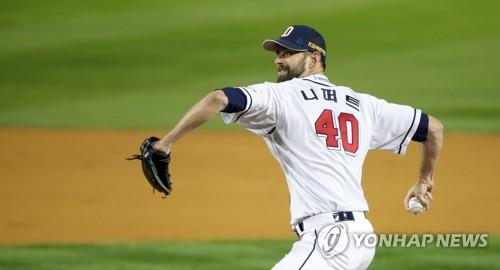 The one-time fireballer reinvented himself as a finesse pitcher, and Bae helped the Lions to four consecutive Korean Series titles, starting in 2011.

He missed the 2016 season after his second elbow operation but pitched three more seasons after that. The right-hander won his eighth championship in his final KBO season in 2019 as a reliever for the Bears.

These four legends will be celebrated before home games of their former teams in the coming weeks.

According to the KBO, all winners of Golden Gloves and Korean Series MVPs were automatically nominated. Players who met the following milestones were also shortlisted: 800 appearances, 100 wins, 150 saves and at least one 20-win season for pitchers; and 2,000 games, 200 home runs, 2,000 hits and at least one 40-home run season for position players.

The KBO did not include active players, including ones plying their trade in foreign leagues, in the voting. 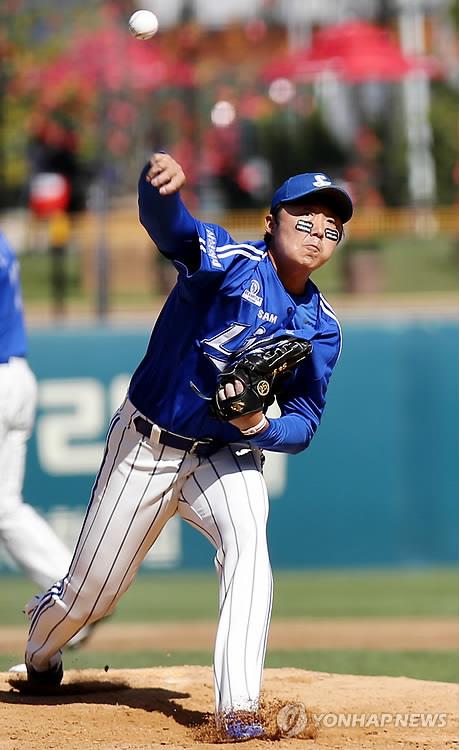