During a parliamentary session, Lee responded to an opposition lawmaker's question on the General Security of Military Information Agreement (GSOMIA), thought to be underutilized amid the two countries' prolonged rows over wartime history and trade.

"(I) believe that the normalization of the GSOMIA is needed," he said. "We will do that under a comprehensive review to see if we need to proceed with that immediately in a hurry or from a larger perspective of the South Korea-Japan relations." 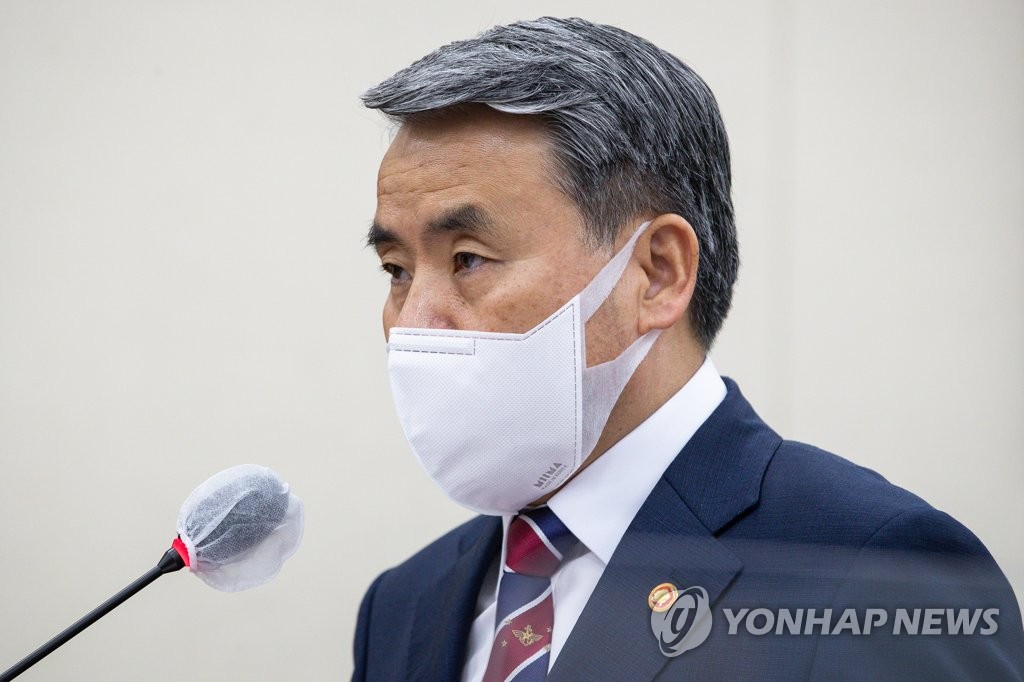 Regarding the argument that the GSOMIA normalization should wait until Japan lifts its export curbs on industrial materials crucial to the South's tech sectors, Lee pointed out the move toward the normalization would help serve the country's national interests.

The fate of the GSOMIA was thrust into doubt in August 2019 when Seoul decided to end the pact in protest at Tokyo's unilateral export curbs seen as an apparent retaliation for the 2018 Supreme Court ruling ordering Japanese firms to compensate victims of wartime forced labor.

But in November that year, however, Seoul suspended the decision, on a conditional basis, to terminate the GSOMIA and indefinitely put off its expiration amid speculation that Washington made behind-the-scene efforts to salvage the pact seen as a tool to facilitate trilateral security collaboration with its Asian allies.

Asked to comment on the current status of the North's nuclear weapons capabilities, Lee said the reclusive regime appears to be at a point where it is making efforts for their operational deployment.

He added it would be fair to say the North has made "considerable" progress in securing the atmospheric reentry technology for an intercontinental ballistic missile.

The minister was also pelted with questions regarding a South Korean fisheries official killed at sea by the North in 2020 and the forced repatriation of two North Korean fishermen in 2019.

He said the then Seoul government had gleaned "special intelligence (SI)" related to the two cases through its own military assets rather than the combined assets of the South and the United States.

SI refers to intelligence gathered through various means, such as the interception of communication signals.