The K League 1 team had first announced their signing of Okriashvili on July 15, but they said Monday the 30-year-old had not passed an additional round of medical tests. The contract offer was pulled back with the consent of the player, Jeonbuk added.

The summer transfer window closed on July 15, and Jeonbuk will have to spend the rest of the season with two foreign players, Gustavo and Mo Barrow. 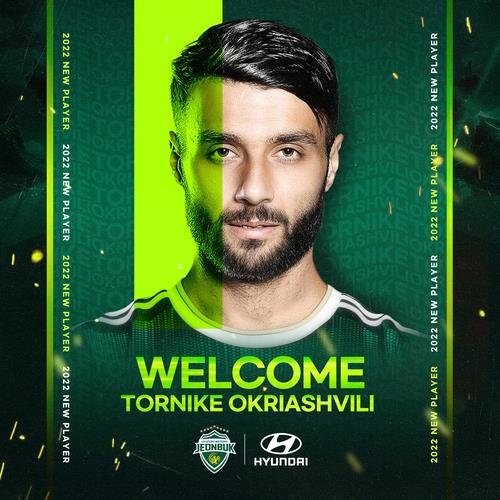 Earlier in July, they had terminated their contract with the Japanese midfielder Takahiro Kunimoto after he was caught driving under the influence of alcohol. Jeonbuk had also lost striker Stanislav Iljutcenko to another K League 1 side, FC Seoul, during the transfer period.

Okriashvili was brought in as Iljutcenko's replacement. He had previously played in Georgia, Ukraine, Belgium, Turkey and Russia, and had collected 50 caps for Georgia.

Jeonbuk will get some much-needed offensive reinforcement in the form of homegrown forward Cho Gue-sung, who will be discharged from his mandatory military service next month. Cho is tied for second in the K League 1 with 12 goals for Gimcheon Sangmu FC.