The decision to switch to an "emergency committee system," if officially approved, would foreclose the possibility of Lee's return as party chair after his six-month suspension.

The "emergency committee" could later lead to an early national convention to elect a new leader.

A total of 89 PPP lawmakers attended the meeting, and all but one agreed the party is in an emergency situation, she said.

"Under Article 96 of the party's rules and regulations, the party can launch an emergency committee system in an emergency situation," Yang said, adding the decision will be officially endorsed at broader party meetings. 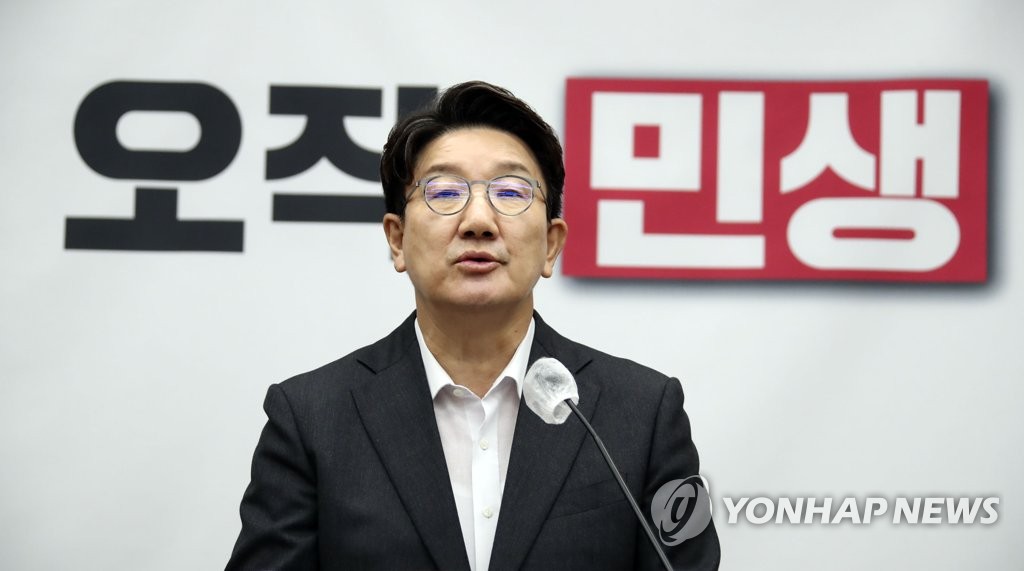 The leadership unrest in the PPP began after the party's ethics committee suspended Lee over allegations that he received sexual services paid for by a businessperson in 2013 and attempted to cover it up after the allegations surfaced late last year.

Following Lee's suspension, floor leader Kweon Seong-dong took over as acting chair, but his leadership was thrown into serious question after he was caught on a press camera exchanging texts with President Yoon Suk-yeol in which Yoon was seen backbiting about Lee.

That has led to sharp falls in Yoon's approval ratings.

Since Friday, some members of the PPP's Supreme Council quit in an apparent effort to break up the top decision-making body so that the party can switch to the emergency committee system from the one-man leadership led by Kweon.