A political dispute has continued over the preceding Moon Jae-in administration's decision to send back the fishermen to the North, where there were feared to face harsh punishments, though the duo were allegedly mired in a murder case.

"First off, I am thinking of making that clear myself," Kwon said. "If needed, I will recommend that President Yoon (Suk-yeol) have the opportunity to be clear on such a principle."

Kwon responded to a claim by Tae Yong-ho, a defector-turned-lawmaker of the ruling People Power Party, that the Yoon government should send a clear message about faithfully upholding the principle.

The minister also called the 2019 incident as a "forced repatriation," rather than a deportation of alleged murderers.

On Nov. 7, 2019, the Moon administration repatriated two North Koreans despite their intention to defect, saying they had confessed to killing 16 fellow crew members.

Critics have accused the then administration of hastily deporting the fishermen to curry favor with Pyongyang.

The 2019 incident has recently been at the center of political controversy after Kwon's office last month unveiled photos and footage of the repatriation at the truce village of Panmunjom.

One of the fishermen was seen resisting as he was being handed over to the North across the Military Demarcation Line separating the two Koreas. 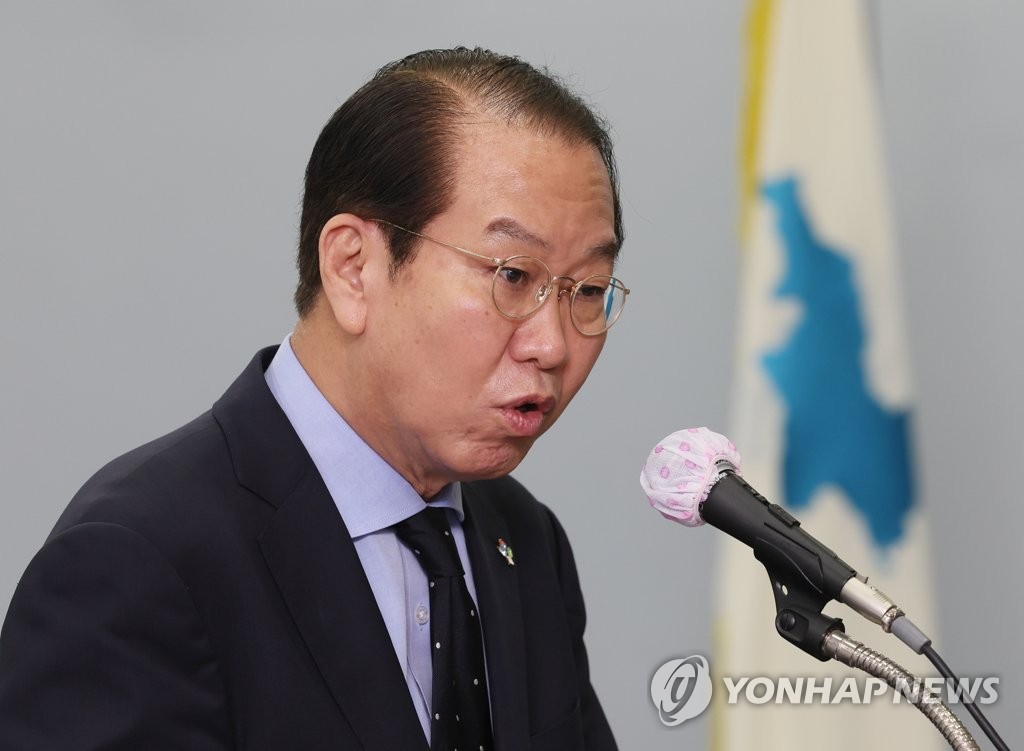 Kwon also separately vowed to uncover the truth behind the killing of a South Korean fisheries official by North Korea in 2020 in a letter he sent to the deceased's family member.

The previous Moon government had said the late official was killed by the North while attempting to defect there, but the conclusion was overturned in June after the Coast Guard and the defense ministry revisited the case.

"Investigations on the incident by the Board of Audit and Inspection, and the prosecution are currently under way, and the unification ministry is actively cooperating with it," he wrote.

Kwon added the government will strengthen its responsibility to safeguard the safety and lives of the people so that such incidents never happen again.

The letter was sent last Thursday. It was a reply to a letter from the deceased official's brother, in which he expressed anger at the previous administration.