SEOUL, Aug. 1 (Yonhap) -- Prime Minister Han Duck-soo said Monday that the government will push through deregulation to boost competitiveness for the financial industry.

"We need to remove outdated regulations that hamper financial innovation," Han told a ceremony marking the 61st anniversary of the foundation of state-run Industrial Bank of Korea.

To that end, the government will "boldly and swiftly" implement regulatory reforms in the financial sector, Han said.

The government has promised that deregulation is the priority for the nation's economic growth, while calling for reforms in the labor and pension sectors.

The Bank of Korea delivered an unprecedented 0.5 percentage-point rate increase last month to rein in surging inflation. It was the sixth rate hike since August last year, when it began rolling back its easy monetary policy.

Han said the financial industry needs to support companies and vulnerable people in the face of the faster rate hikes.

The financial sector "should serve as a safety valve for the market by supporting companies in need due to steep rises in interest rates and providing funds for stabilizing people's livelihoods," Han said. 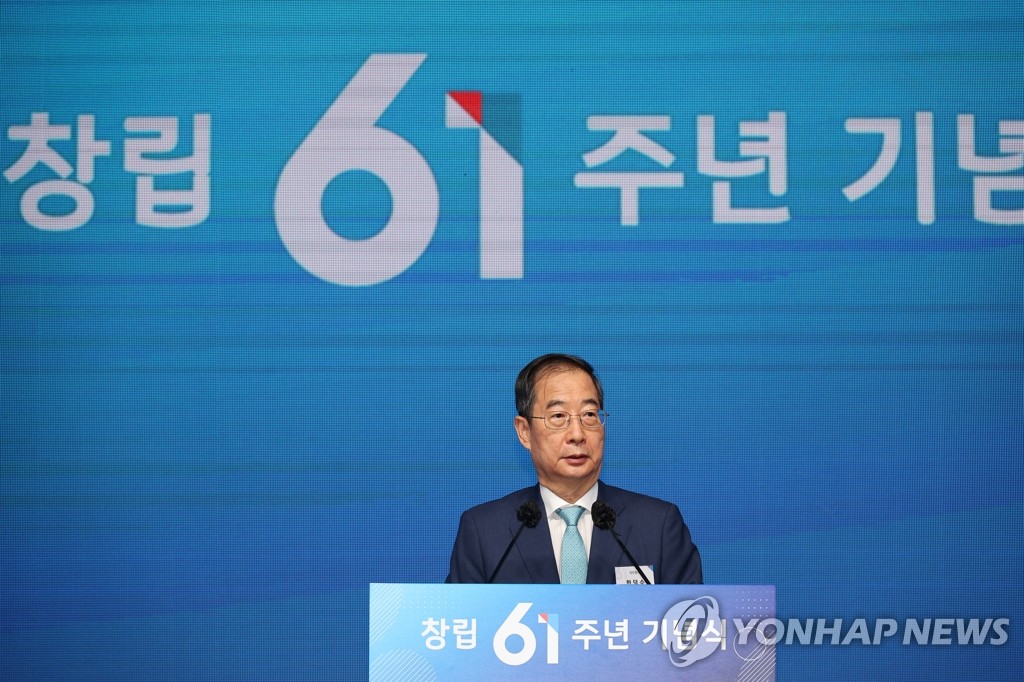