SEOUL, Aug. 1 (Yonhap) -- South Korea's top diplomat said Monday the United States has noted the importance of the Chinese market and its understanding of "close economic ties" between the South and China, as Seoul faces a tricky decision over whether to join a U.S.-proposed chip alliance.

Foreign Minister Park Jin made the remarks during a parliamentary session amid worries that South Korea's entry into the alliance, known as Chip 4, could cause friction with China, its largest trading partner, should it develop into an exclusive grouping against the Asian power. 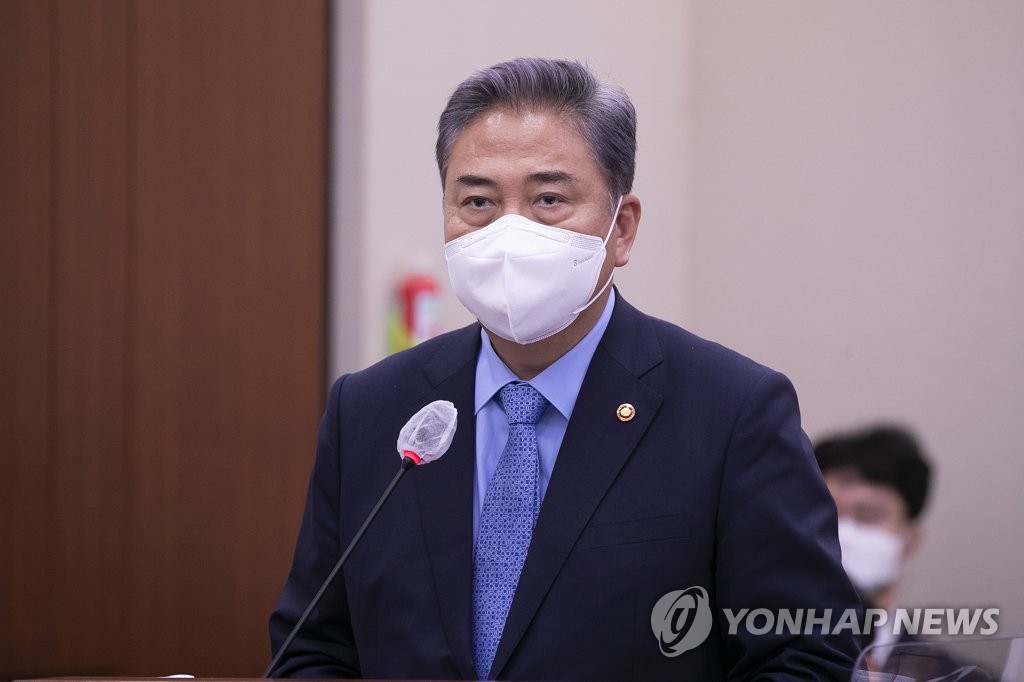 Washington's call to join the grouping has been posing a diplomatic dilemma to Seoul as it has been navigating increasingly convoluted geopolitics marked by a hardening Sino-U.S. rivalry.

About 60 percent of South Korea's chips were exported to China last year, while major manufacturers, such as Samsung Electronics and SK hynix, rely on U.S. chip design and manufacturing equipment.

He said the Seoul government will push for cooperation with the major semiconductor players in areas of professional training, research and development and diversifying supply chains and make diplomatic efforts to relay its stance to China to prevent misunderstanding over the issue.

"(Chip 4) focuses on boosting cooperation for development of the industry, and it is not designed to exclude China," Park added.

Experts worry Seoul's joining the Chip 4 alliance could draw a strong reaction from Beijing, like its apparent economic retaliation following the installation of the U.S. THAAD missile defense system here in 2017.

When asked about the possibility of North Korea conducting a seventh nuclear test, the minister said Seoul has been making diplomatic efforts to discourage Pyongyang from additional provocations, which would only undermine its security.

"We have been communicating with China and Russia to deliver the message that it would be good for (North Korea) to refrain from provocations," he said.