Consumer prices soared 6.3 percent last month from a year earlier, accelerating from a 6 percent on-year spike in June, according to the data from Statistics Korea.

It marked the sharpest on-year increase since November 1998, when consumer inflation jumped 6.8 percent. The inflation rate stayed in the 6 percent range for the second straight month.

Consumer prices rose above 2 percent -- the central bank's inflation target over the medium term -- for the 16th straight month in July.

He said the growth of consumer prices may slow in August and September, given the base effect, but forecast annual inflation is likely to surpass 5 percent if the current trends continue.

Inflationary pressure has built up as crude oil and other commodity prices rose due to the protracted war between Russia and Ukraine, and global supply disruptions. A recovery in demand from the pandemic also exerted upward pressure on prices. 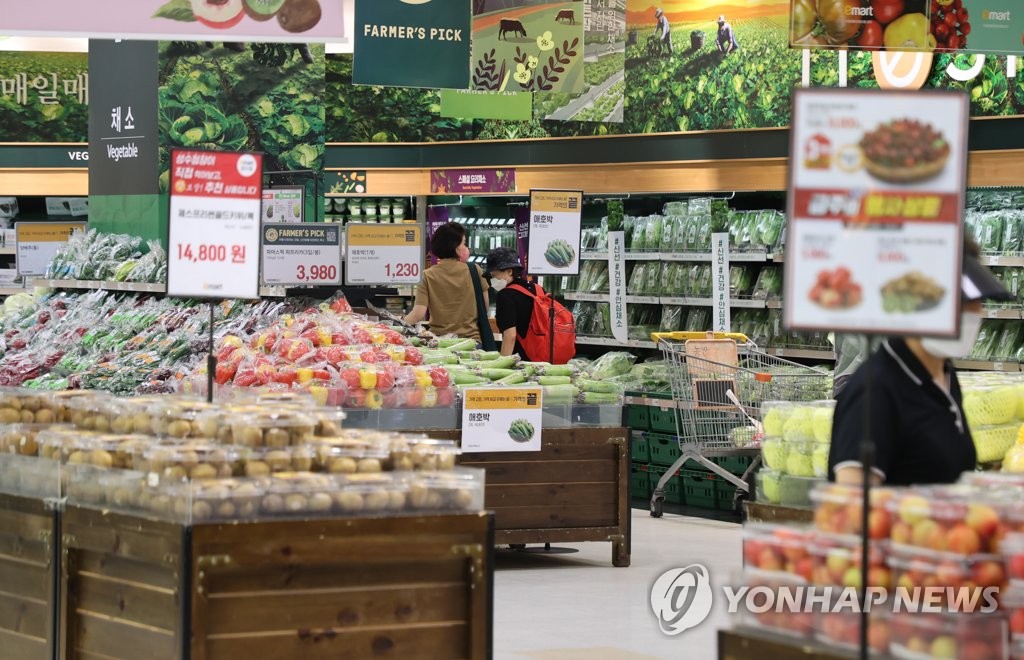 But the July reading decelerated from a 39.6 percent on-year rise in June, as the growth of oil prices slowed amid a global economic downturn.

A recovery in demand and the lifting of major virus curbs also pushed up prices of personal services, which rose 6 percent, the fastest in over 24 years. The costs of dining out soared 8.4 percent, the highest in 30 years.

Rising inflationary pressure is building the case for the Bank of Korea (BOK) to maintain its monetary tightening stance in the coming months.

Last month, the BOK delivered an unprecedented 0.5 percentage-point rate hike to 2.25 percent in a bid to curb inflation. It marked the sixth rate increase since August last year.

After the latest consumer price data was announced, the BOK held an anti-inflation meeting and said that price growth is expected to be over 6 percent "for the time being."

On Monday, the central bank said it is necessary to further raise borrowing costs, though rate increases would be by quarter percentage points as long as inflation and growth do not deviate much from its projections.

South Korea has faced the risk of stagflation, a mix of slowing growth and high inflation, due to heightened external economic uncertainty.

Rising inflation erodes people's purchasing power and could weigh on private spending. A rate hike is meant to curb inflation, but it could increase debt-servicing burdens and slow down economic growth.

Finance Minister Choo Kyung-ho earlier said Inflation is likely to peak no later than in October if there is no sharp hike in global oil and grain prices.

The government expected prices of petroleum goods to ease on the back of the latest letup in rises of global oil prices and an expansion in fuel tax cuts.

In July, South Korea expanded fuel tax cuts to a legal cap of 37 percent from the previous 30 percent to help bring down high energy prices. The measure will be effective until the end of this year.

In June, the government sharply raised its 2022 inflation outlook to a 14-year high of 4.7 percent while lowering its economic growth estimate to 2.6 percent. 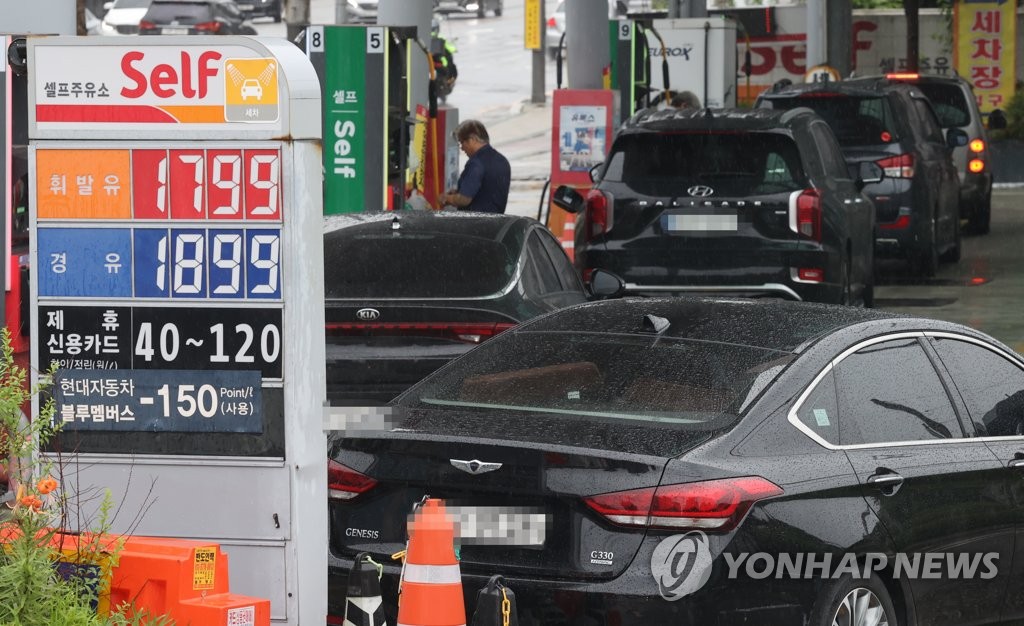 (3rd LD) Inflation at near 24-year high in July; another rate hike looms

(3rd LD) Inflation at near 24-year high in July; another rate hike looms