The two are also expected to discuss their countries' respective policy approaches toward the Indo-Pacific, a region riddled with geopolitical uncertainties amid an intensifying Sino-U.S. rivalry.

Australia is a member of the trilateral AUKUS security pact involving the United States and Britain. The pact, announced in September last year, has raised tensions with China amid speculation that it seeks to counter China's maritime influence.

North Korea is likely to be an agenda item as Australia has been an active enforcer of international sanctions on the reclusive regime, including maritime interdiction operations targeting its illicit activities, according to the official.

While in Australia, Lee and Marles also plan to visit Geelong, a southeastern city where a K9 self-propelled howitzer factory of the South Korean firm Hanwha Defense is under construction. The visit has been arranged upon Marles' proposal. 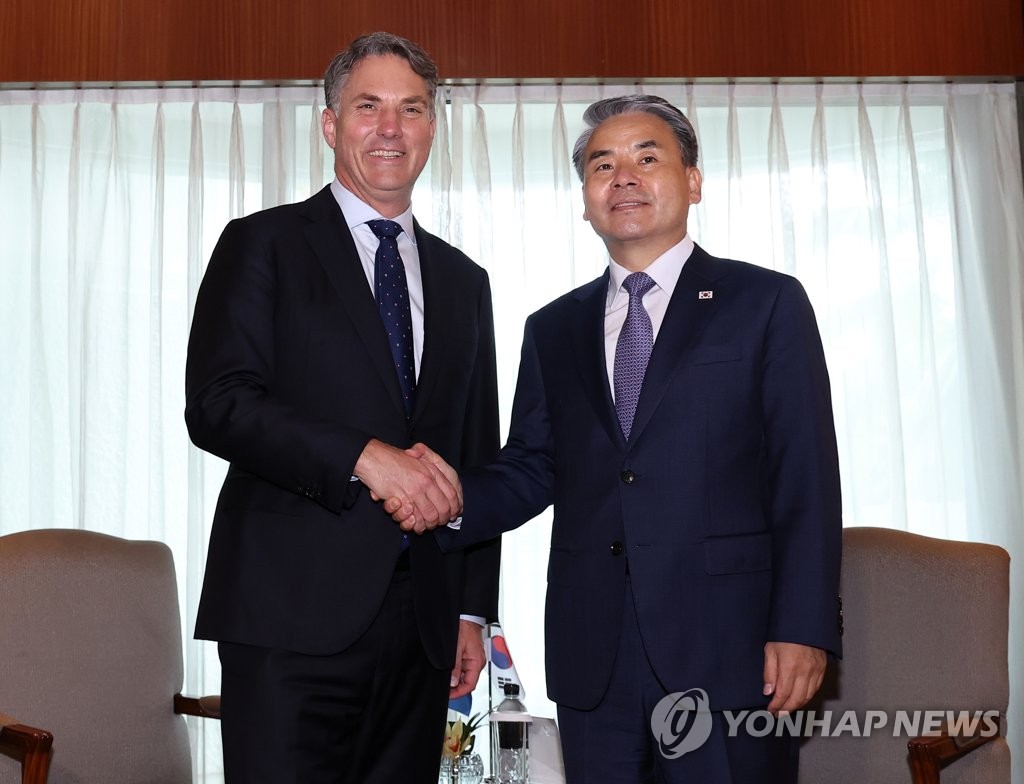