For days leading up to that report, there had been whispers that clubs in Europe and Asia were trying to pry the 24-year-old from the K League 1 team. 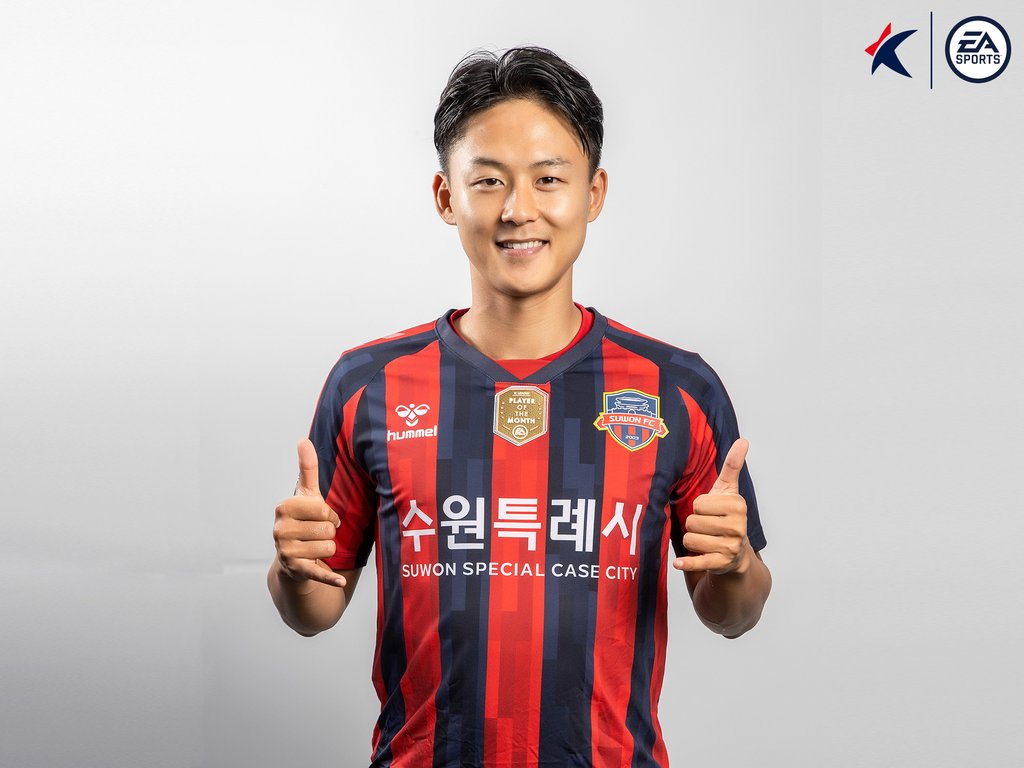 According to the report, Hearts believe Lee "can add creativity, pace and a scoring instinct to their forward line for the season ahead." Playing as a second striker or a left winger, Lee leads Suwon FC with 10 goals. He's tied for fourth overall in the K League 1 in that category. Suwon FC are tied with Ulsan Hyundai FC for most goals scored so far this year with 35 in 23 matches.

Lee, who has also collected a couple of assists, was named the K League's Player of the Month for June. He represented the K League in a friendly match against Tottenham Hotspur on July 13.

Given Lee's pedigree as a one-time Barca prospect and his recent success, it is not hard to see why he has captured the attention of clubs outside South Korea.

Lee joined FC Barcelona's famous youth academy in 2011 at 13. He scored 39 goals in 29 matches in his first season there, breaking a record once held by Lionel Messi.

But his promising career hit an unexpected speed bump in 2014. He was banned from playing competitively until his 18th birthday in 2016 after FIFA ruled that his signing with Barca had breached its transfer regulations regarding the protection of minors. 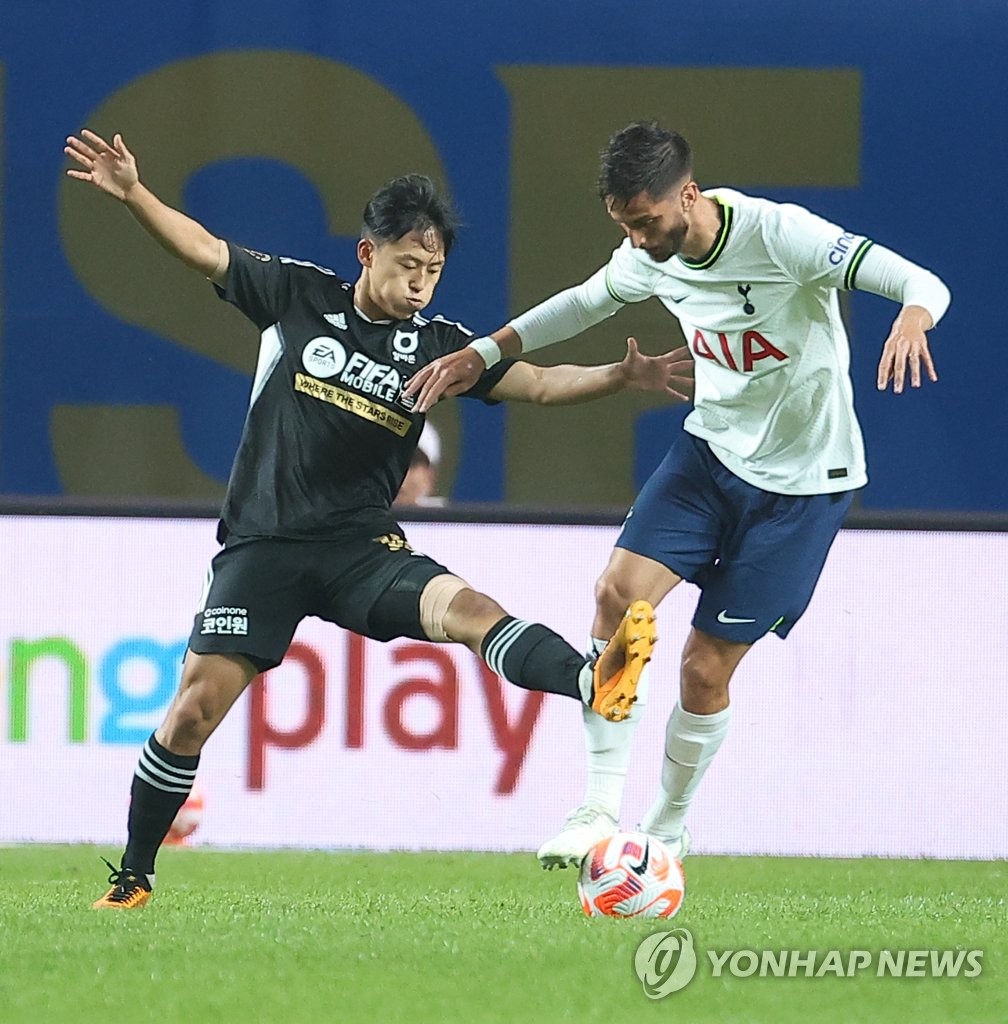 Lee made his senior debut for Barcelona's B team in 2016, but he never reached the big club. He bounced around a few teams across Europe instead. Lee went on to play for Hellas Verona in Italy's Serie A from 2017 to 2019 and then joined Sint-Truiden in Belgium.

Sint-Truiden loaned him to Portimonense in Portugal, but Lee's original deal with Sint-Truiden expired in November 2021. He signed with Suwon FC, his hometown team based some 35 kilometers south of Seoul, last December.

Throughout his wandering career in Europe, Lee never quite lived up to his considerable potential, and, with Sint-Truiden, barely got into matches.

Internationally, Lee has represented South Korea across junior and senior levels. He played at the FIFA U-20 World Cup in 2017, the FIFA World Cup and the Asian Games in 2018, and the Asian Football Confederation Asian Cup in 2019. He sprinkled in some highlight-reel goals along the way.

Lee has 11 caps for the senior team but none since June 2019. He also missed the cut for last year's Tokyo Olympics. 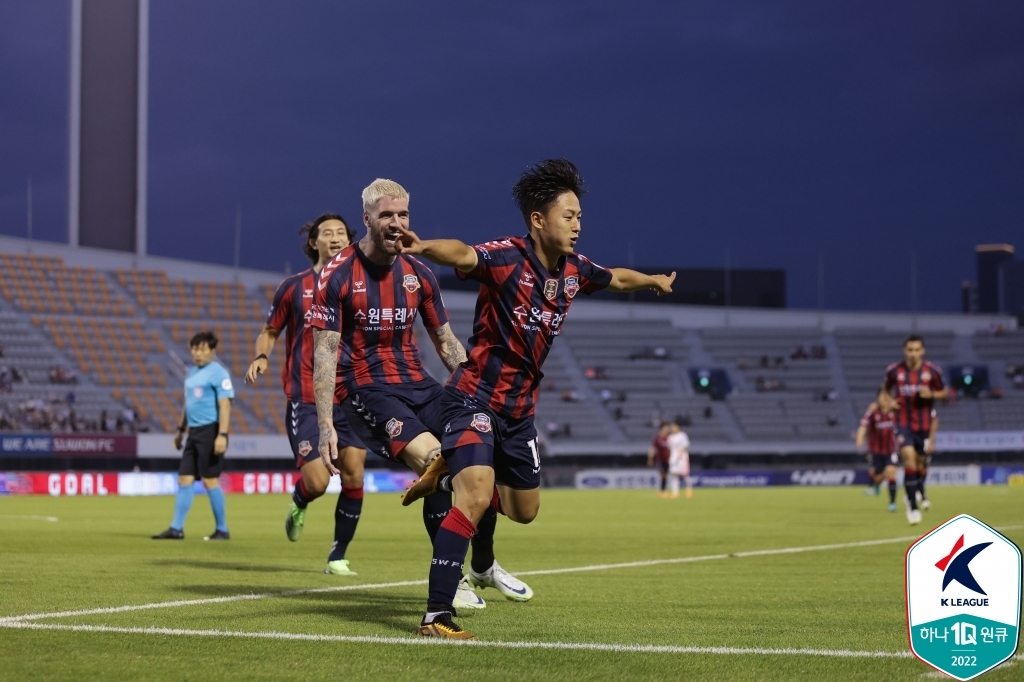 Fairly or unfairly, Lee has had a reputation for being a selfish player who only seeks his own offense and doesn't contribute to winning.

However, a closer look at Lee's performance so far this year paints a different picture.

The pacy attacker can change direction quickly and stay composed under pressure. He consistently tries to set up teammates with combination play. Lee plays with a lot of flair and has been one of the K League's most popular players thanks to his memorable goals and viral celebrations that follow them.

The diminutive player, listed at 173 centimeters and 63 kilograms, showed a bit of his feisty streak against Gangwon FC on July 16. He received a direct red card for elbowing an opposing defender, Kim Jin-ho, while jostling for position before a corner kick. A video review and some decent acting by Kim conspired to send Lee off the pitch, though Lee did prove to the rest of the K League that he won't be pushed around so easily.

With such a valuable player on their hands, Suwon FC aren't about to let Hearts or any other foreign club have their way so easily.

"We haven't received any offer for Lee Seung-woo," a high-ranking official from Suwon FC said. "From the player's perspective, it'd be better for him to move back to Europe when he is playing better, rather than leave right now." 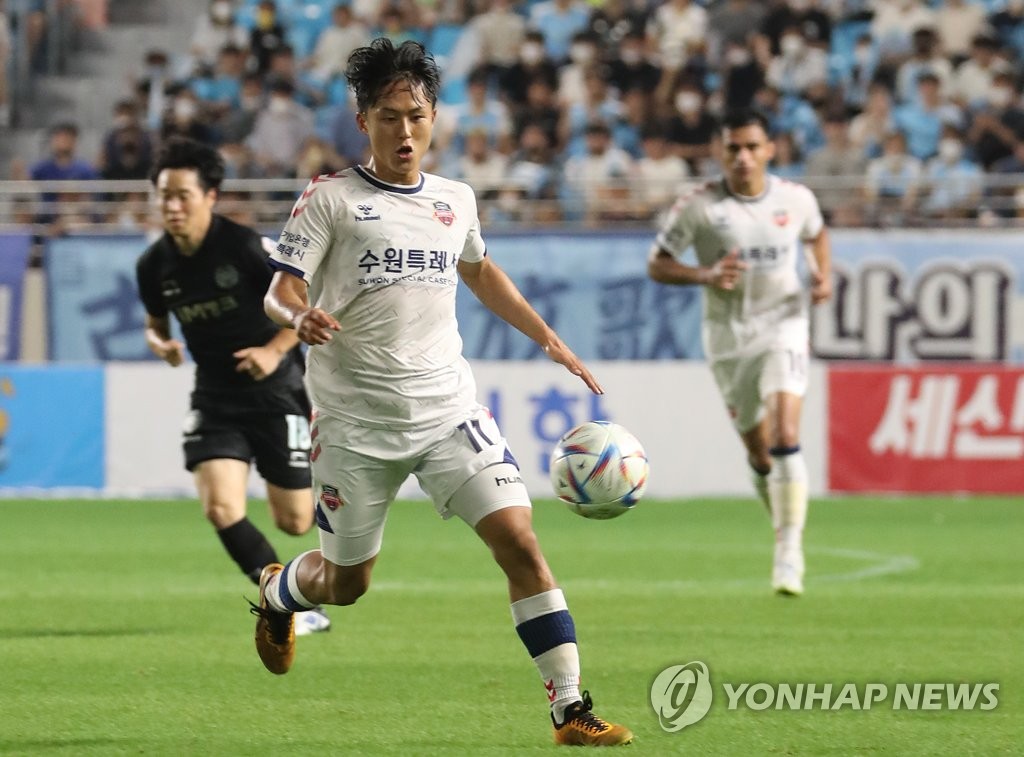