Han told a Cabinet meeting that lower crop growth hit by heat waves and the Chuseok fall harvest holiday set for next month could keep upward pressure on inflation.

"Crop damage caused by continuous heat waves and Chuseok, which comes earlier than usual, could increase the burden on low-income people," Han said.

Han urged ministers to "make efforts for additional measures to stabilize prices in the second half."

Consumer prices soared 6.3 percent last month from a year earlier, accelerating from a 6 percent on-year spike in June, according to the data from Statistics Korea.

It marked the sharpest on-year increase since November 1998, when consumer inflation jumped 6.8 percent. The inflation rate stayed in the 6 percent range for the second straight month.

The nation's new COVID-19 cases sharply rose to over 110,000 on Tuesday, as a highly infectious omicron variant has fueled a surge of new infections.

Despite a resurgence of the virus, the government is refraining from reinstating social distancing measures, Han said.

Han urged people to follow containment rules and wear a mask when they go to a place where many people gather during the vacation season. 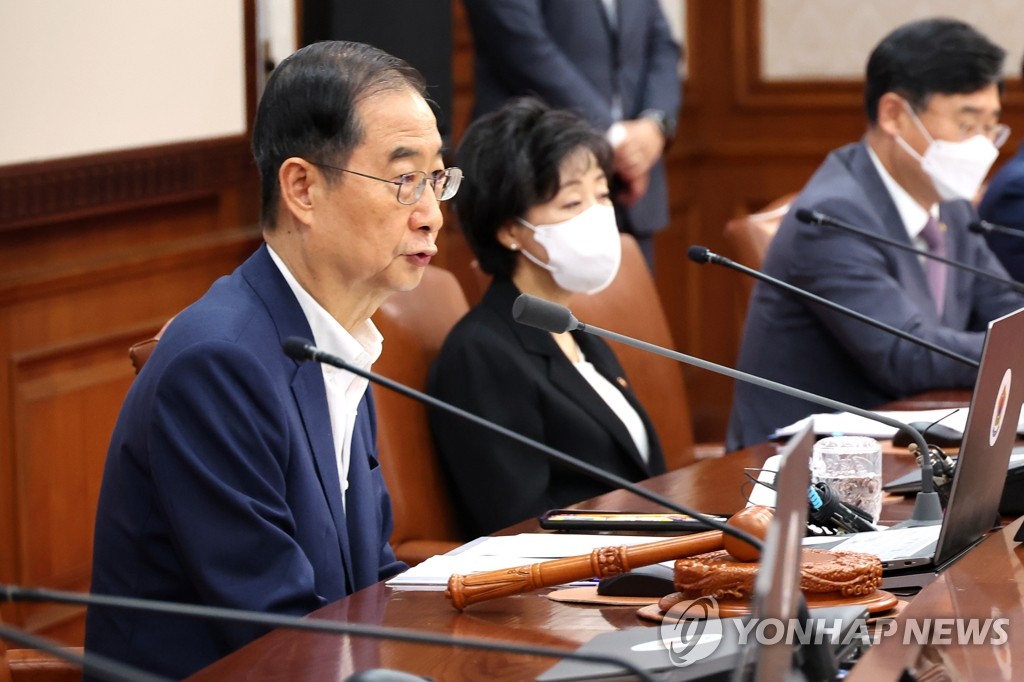