"Carter" is about an amnesiac agent named Carter, played by Joo Won, who is ordered to bring a girl to North Korea to serve as an antidote for a pandemic that hit the Korean Peninsula. With no recollection of his past and a mysterious voice in his ears that gives him orders, he must reclaim his identity and complete his mission on time.

Jung's new action-thriller comes after the film "The Villainess" (2017), well-known for its single-take action sequence in the beginning. 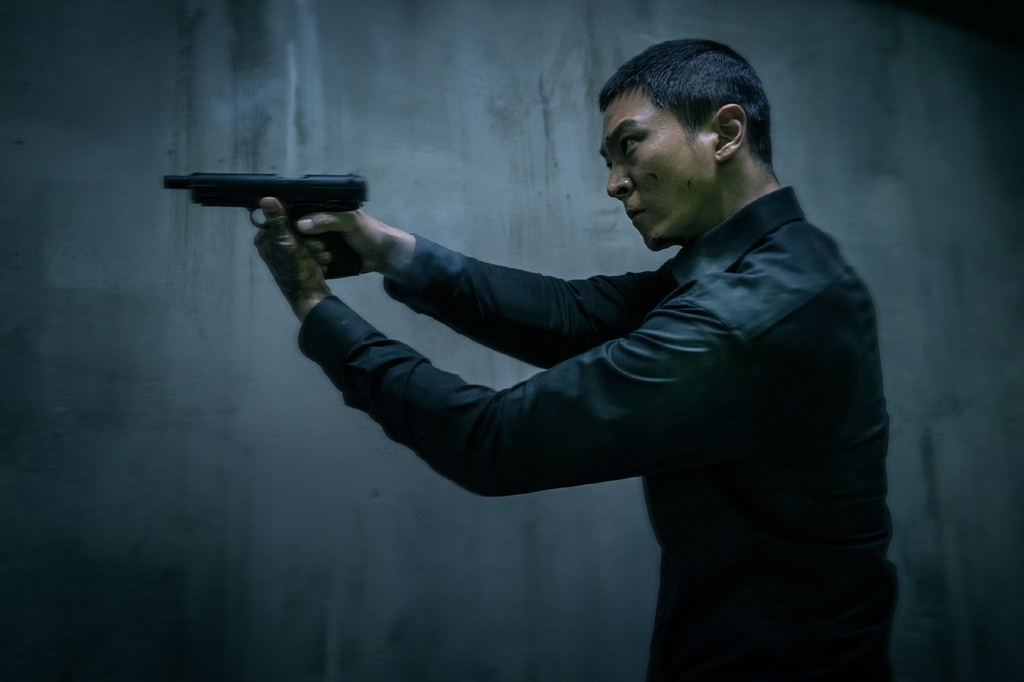 "All action scenes were filmed in one unbroken take," Jung said in a press conference in Seoul. "If there was a mistake on the set, we had to start again from the beginning. It took a lot of time and effort."

He said he minimized the use of computer-generated imagery for special effects in filming challenging stunts, including the large bloodshed in the opening, as well as helicopter and skydiving dogfights, in the 134-minute film.

To shoot the skydiving stunts, actors and cinematographers skydived dozens of times to produce minuteslong scenes. 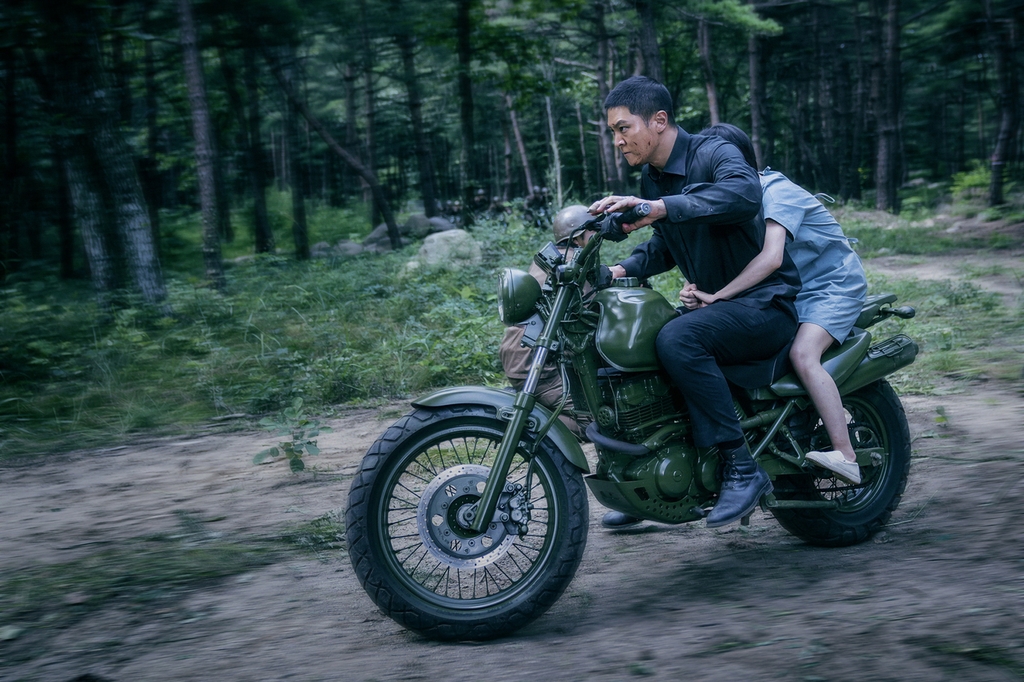 "I wanted to make action sequences speedier and less boring as they are one-cut scenes," he said. "So I tried some new camera techniques, varying camera angles, using drones and hand-held cameras."

The director gave credit to lead actor Joo Won for undergoing the hardcore stunts by himself.

"He did most of the scenes without stunt doubles," he said. "After watching this movie, you will think that Joo is the best action star." 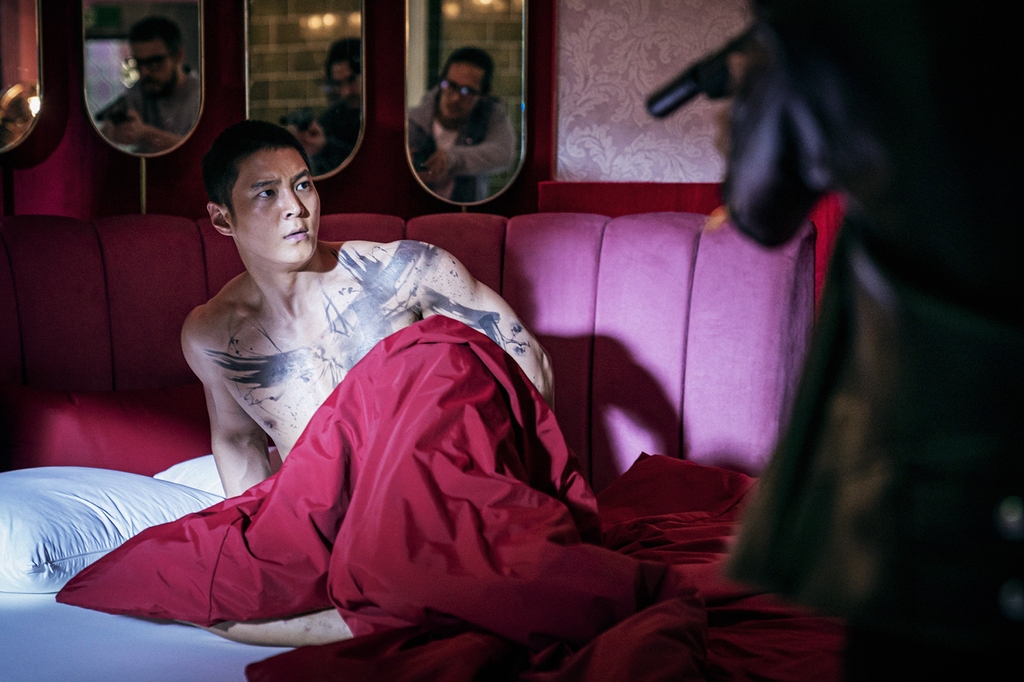 Joo, who rose to stardom with the period action TV series "Bridal Mask" (2012), said he gained around 7 kilograms and had his hair cut to portray Carter, a well-trained Korean American CIA agent, while he went through a four-month training program to do his own stunts.

"I've waited for this piece for a long time," said Joo, adding that "Carter" is his first film project since the crime thriller "Fatal Intuition" (2015). "I prepared for this project for four months, practicing actions and getting in shape."

"Carter" will be available on Netflix on Friday. 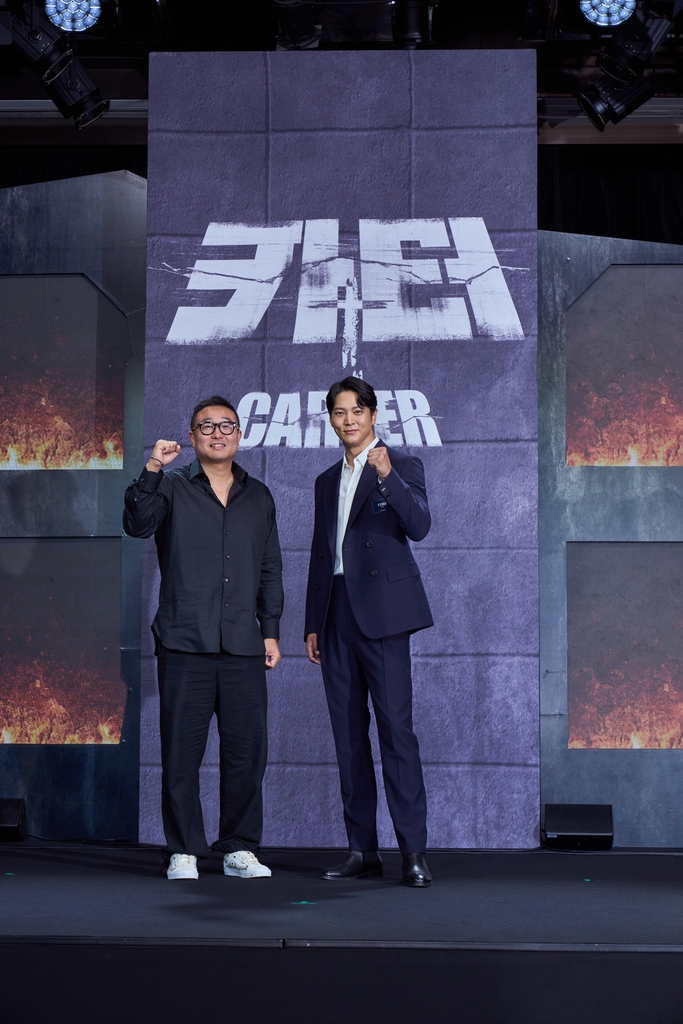 Director Jung Byung-gil says 'Carter' is all about action

Director Jung Byung-gil says 'Carter' is all about action