SEOUL, Aug. 3 (Yonhap) -- North Korea's new suspected COVID-19 cases remained at zero for the fifth consecutive day with only five fever patients under treatment, according to its state media Wednesday.

The total number of fever cases from late April to 6 p.m. Tuesday stood at 4.77 million, of which 99.99 percent had recovered and five are being treated, it added. 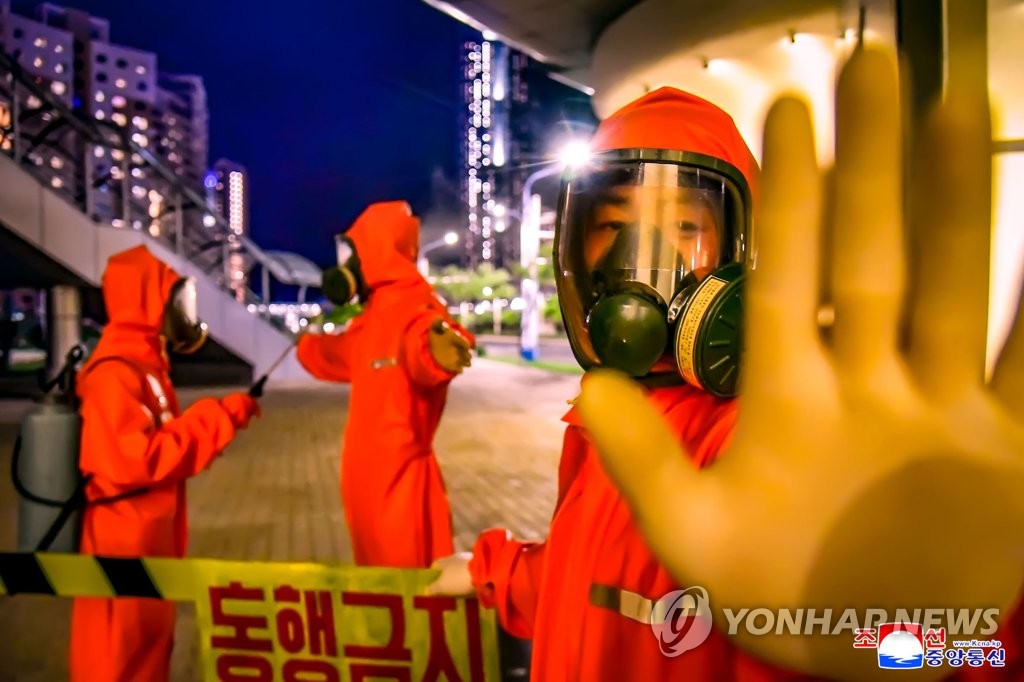 The KCNA said the country's virus crisis is at its "terminal stage" although local health authorities are continuing measures for its stable control.

"With the nationwide spread of the epidemic at its terminal stage in the DPRK, work to further stably control and manage the overall anti-epidemic situation and strengthen the bulwark against epidemic is being pushed ahead with in all directions," it said in a separate English-language report. The DPRK is the acronym for the North's official name, the Democratic People's Republic of Korea.

"Education and control are intensified to prevent officials, working people and residents from loosening vigilance towards the current phase of stability but make them maintain strong alertness and consciousness," it added.

The North disclosed its first COVID-19 case May 12, after claiming to be coronavirus-free for over two years and immediately declared a "maximum emergency" virus control system.