That playbook revolves around three Cs: military capabilities, communication to a recalcitrant North Korea and the credibility of its military strength -- a confluence of requirements to rein in Pyongyang's provocations, like a possible nuclear test, according to them.

Since the launch of the conservative Yoon Suk-yeol administration in May, Seoul has been striving to sharpen deterrence more conspicuously in a shift from the preceding liberal Moon Jae-in government known for its dogged pursuit of inter-Korean rapprochement.

But analysts noted that such efforts entail a caveat that tensions could flare anew, as seen in North Korean leader Kim Jong-un's recent warning that the Yoon administration and its military would face "annihilation" in case of a "dangerous" attempt against the Kim regime.

"With North Korea forging ahead with its nuclear program while shutting the door for dialogue, South Korea appears to be doing what it can do from the toolbox," Nam Chang-hee, professor of international politics at Inha University, said.

"From its 'three-axis' defense scheme to its efforts to cement bilateral security cooperation with the United States and trilateral collaboration involving Japan, it appears to be trying to employ measures from its security bucket list," he added. 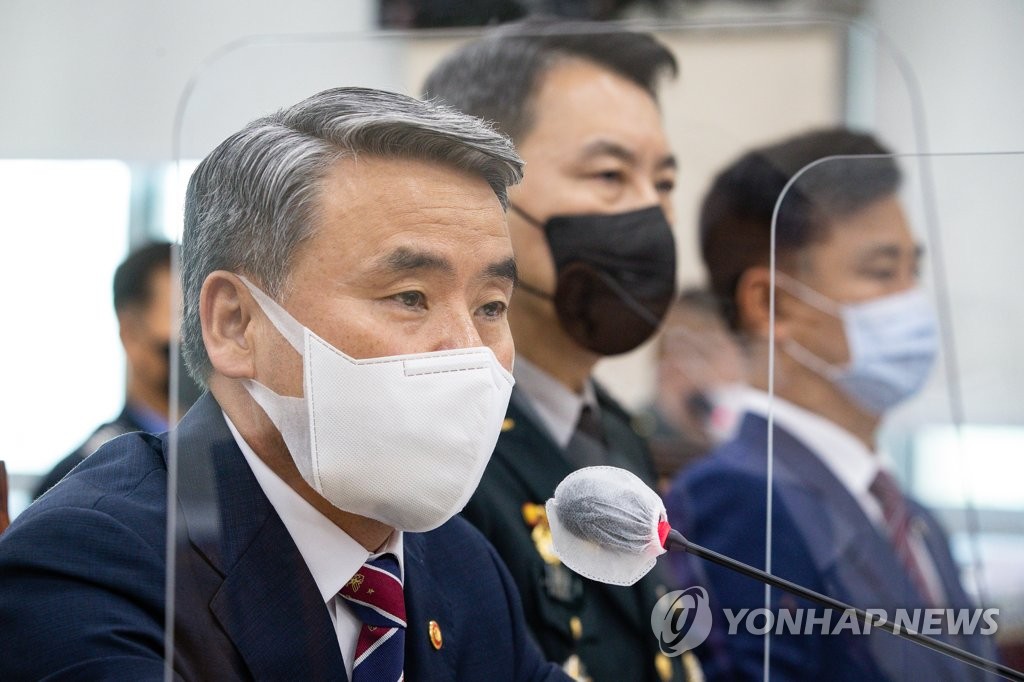 Central to Seoul's push to bolster its military capabilities is the three-axis system consisting of the Kill Chain preemptive strike platform; the Korea Massive Punishment and Retaliation (KMPR); and the Korea Air and Missile Defense system (KAMD).

For the Kill Chain portion, the South is pushing for a series of projects to acquire five surveillance satellites, medium altitude unmanned aerial vehicles and tactical ground-to-ground guided weapons.

For the KMPR portion, Seoul is pressing ahead with projects to deploy a 230-mm multiple rocket launcher and upgrade C-130H transport aircraft.

The efforts to build up defense capabilities have been backed by top Seoul officials' sharp-tongued message against the North's additional saber-rattling.

"If North Korea provokes, our military will definitely have it pay a hefty price for that through unsparing retaliation," South Korea's New Joint Chiefs of Staff Chairman Gen. Kim Seung-kyum said in his inauguration speech in July. "(We) will inscribe even onto its bones (the message) that there's nothing to gain from provocations." 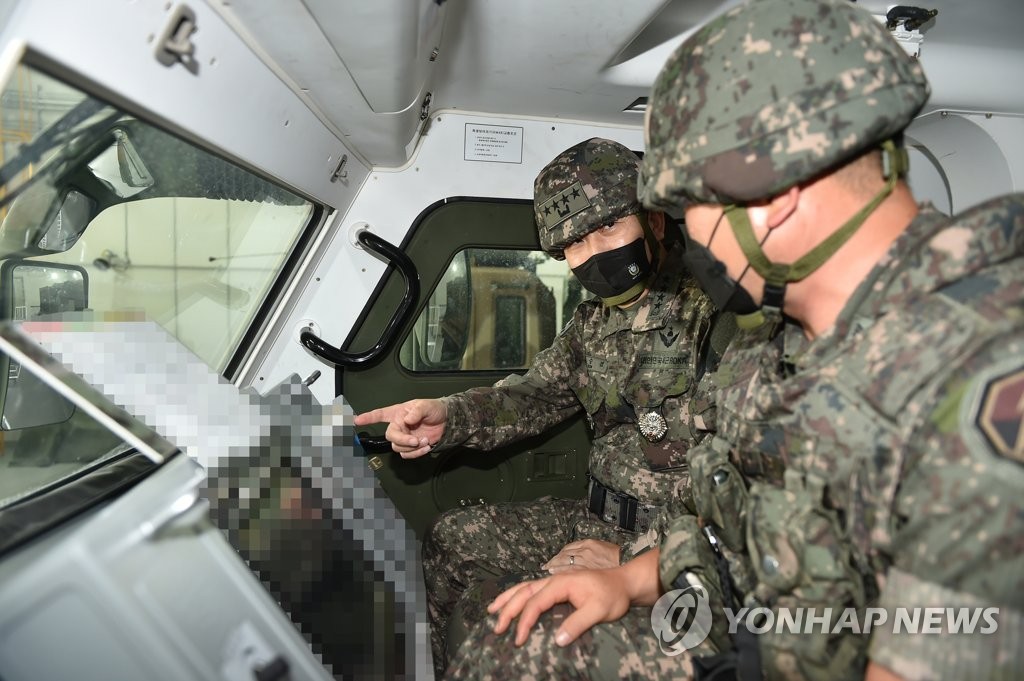 In firming up deterrence, the element of the bilateral alliance with the United States has also come into play.

The allies have recently publicized their moves to expand their combined military drills, which had been scaled back or suspended under the Moon administration intent on reengaging with Pyongyang.

In addition, the ministry has disclosed the detailed plan for the allies' newly named Ulchi Focus Shield training, which it said involves drills on repelling attacks and staging counteroffensives and counterattacks.

The allies have also been working on enhancing the credibility of their combined deterrence capabilities in an apparent gesture to highlight that their vows to remain ready to "fight tonight" are not empty talk.

An example along that line is their joint endeavor to resume the allies' high-level Extended Deterrence Strategy and Consultation Group (EDSCG) suspended in 2018.

The EDSCG is a key policy dialogue that Seoul has been counting on to enhance the credibility of America's extended deterrence -- its stated commitment to mobilizing a full range of its military capabilities, including its nuclear options, to defend its Asian ally.

Despite all these efforts, questions linger over whether a deterrence strategy mainly reliant on the allies' conventional weapons systems would be able to counter the North's nuclear threats and whether the U.S. security commitment would continue to remain strong.