(ATTN: UPDATES with performance in 2nd game of doubleheader in paras 5-8)
By Yoo Jee-ho

The South Korean infielder for the San Diego Padres enjoyed his first career four-hit game against the Colorado Rockies at Petco Park in San Diego on Tuesday (local time), going 4-for-5 with two RBIs and two runs scored in a 13-5 victory. It was the first game of a doubleheader,

Kim fell a home run shy of a cycle, as he had two singles, a double and a triple.

Former Texas Rangers All-Star Choo Shin-soo is so far the only South Korean to have hit for the cycle in the majors. 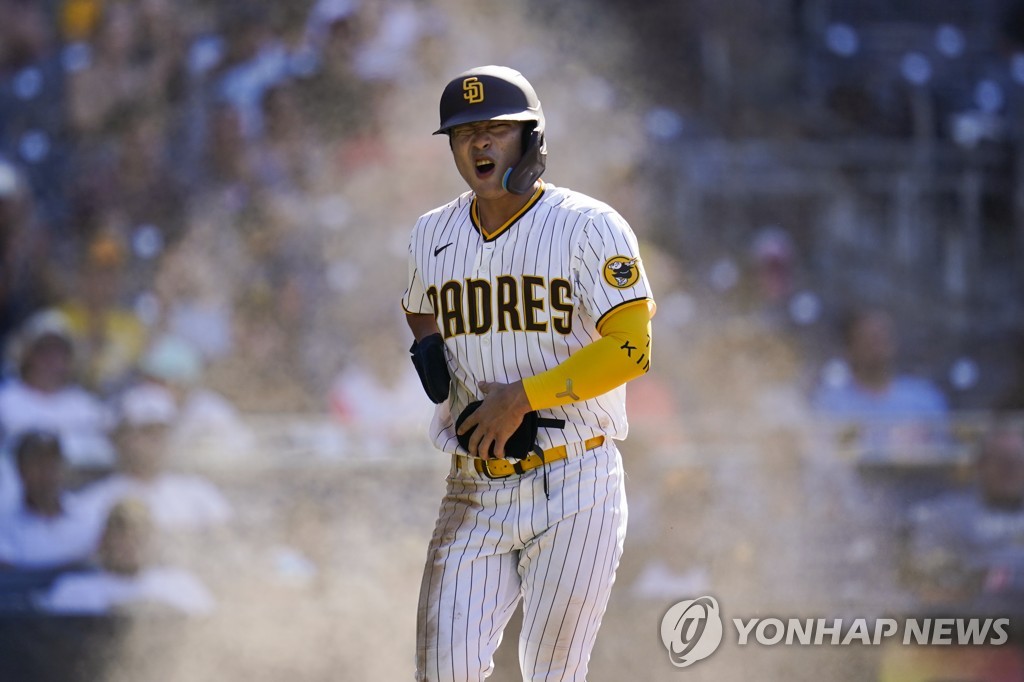 Kim also started the second game of the twin bill, but went hitless in four trips to the plate.

Kim batted .314/.372/.443 in July and all four of his hits in August came in the first game of the doubleheader versus the Rockies.

Batting seventh and playing shortstop, Kim singled off starter Ryan Feltner in his first at-bat in the second inning. Then in the fourth, Kim hit a double against the Colorado right-hander.

Then with the score knotted at 3-3 with two outs in the fifth, Kim knocked in a go-ahead run with a single off reliever Jake Bird. 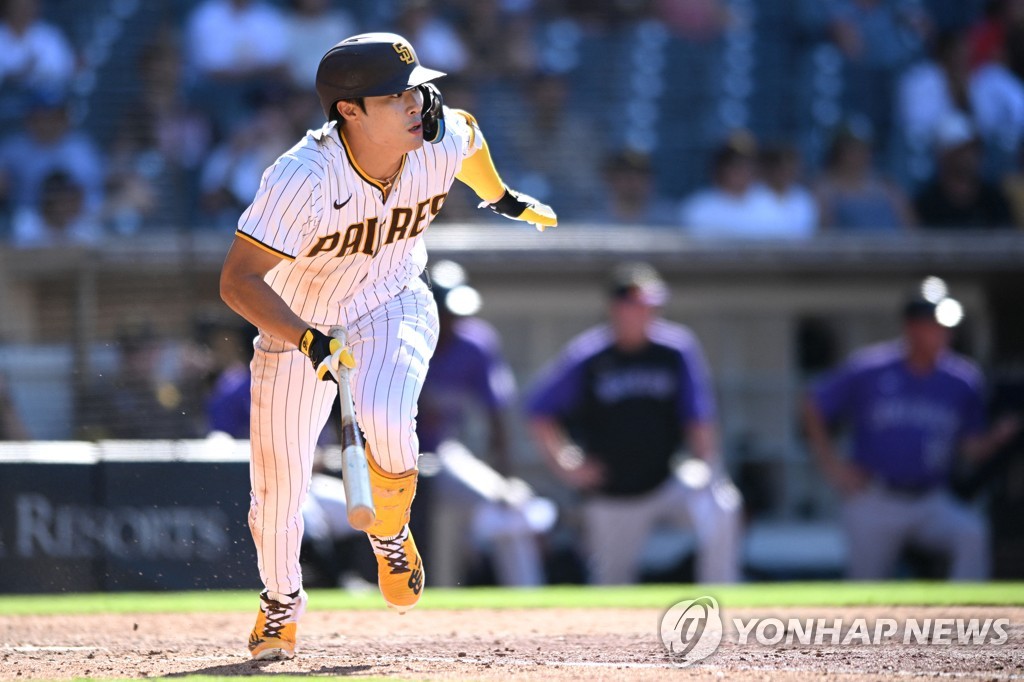 After popping out in the seventh, Kim capped off his four-hit night with a triple in the eighth inning.

With their third straight win, the Padres improved to 59-46, good for the second wild card spot in the National League. They also made the biggest splash at the trade deadline earlier in the day, acquiring talented outfielder Juan Soto from the Washington Nationals, along with first baseman Josh Bell, in exchange for six players.

With Soto in the mix and All-Star shortstop Fernando Tatis Jr. nearing a return from wrist injury, Kim may be pushed out of the starting lineup soon. There had been talks of moving Tatis to the outfield and keeping Kim's excellent glove at shortstop, but the trade for Soto likely means Tatis will stay at shortstop and Kim will be relegated to the bench. 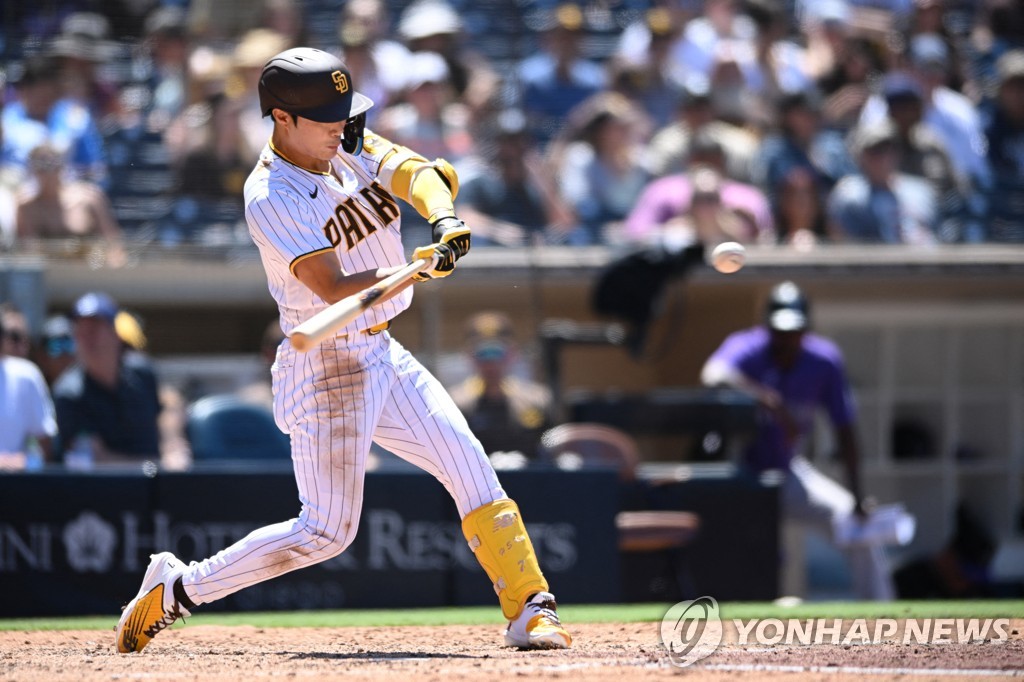