Rep. Suh Byung-soo, chair of the PPP's national committee, said that a meeting of the committee's standing members will be held Friday before a plenary national committee meeting takes place on Tuesday next week to approve the leadership transition.

"We plan to wrap up all procedures that should be made during the national committee meetings by Tuesday next week and by Wednesday at the latest," Suh told a press briefing at the National Assembly, adding the process may be delayed by a day or two due to its complexity.

Approval by the national committee is necessary in order for the party to shift to the "emergency committee" leadership that is supposed to be formed when the party's Supreme Council is disabled or in other emergency situations.

The PPP has been in turmoil since acting Chairman Kweon Seong-dong inadvertently exposed text messages he exchanged with President Yoon Suk-yeol last week, in which Yoon was seen backbiting about suspended party chief Lee Jun-seok.

That led to Yoon's approval ratings falling sharply to below 30 percent, unusually low ratings for a president less than three months in office. On Monday, PPP lawmakers held a general meeting and agreed that the situation is considered an emergency that warrants the transition to the emergency committee system.

Switching to the emergency committee system means that Lee cannot return as party chief even after the end of the six-month suspension of his party membership imposed last month over allegations of sexual bribery and a cover-up.

Lee protested sharply, saying the PPP declared an emergency to prevent his return as party leader.

"A solution they came up with after they were caught on camera backbiting about me and caused approval ratings to fall is a decision to block my return," Lee said in a Facebook post. "They went on to change the party's rules and regulations and declare an emergency." 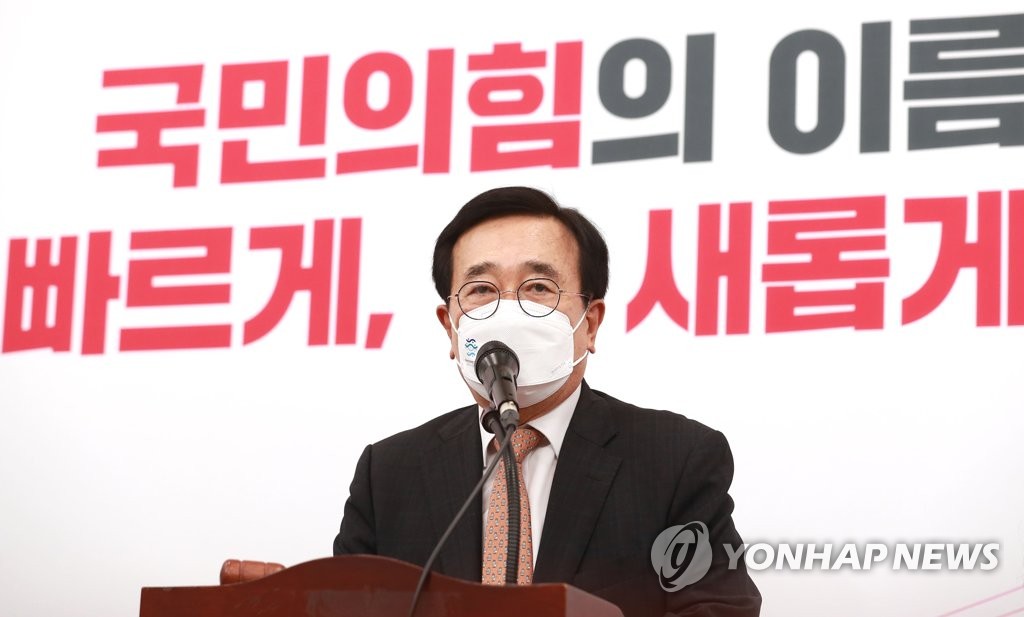