Early last month, the NIS asked the Supreme Prosecutors Office to investigate Park and Suh Hoon, another former NIS director, accusing them of mishandling the North's killing of a South Korean fisheries official in 2020 and the 2019 repatriation of North Korean fishermen.

Suh and Park served as NIS directors from 2017 to 2022 under former President Moon Jae-in.

NIS Director Kim Kyou-hyun said during a parliamentary meeting Tuesday that the agency reported the matter to the president.

"Cheong Wa Dae made the planning and ordered it, the NIS filed complaints, and the prosecution is investigating," Park said on MBC radio, claiming that investigations will find no wrongdoing whatsoever. 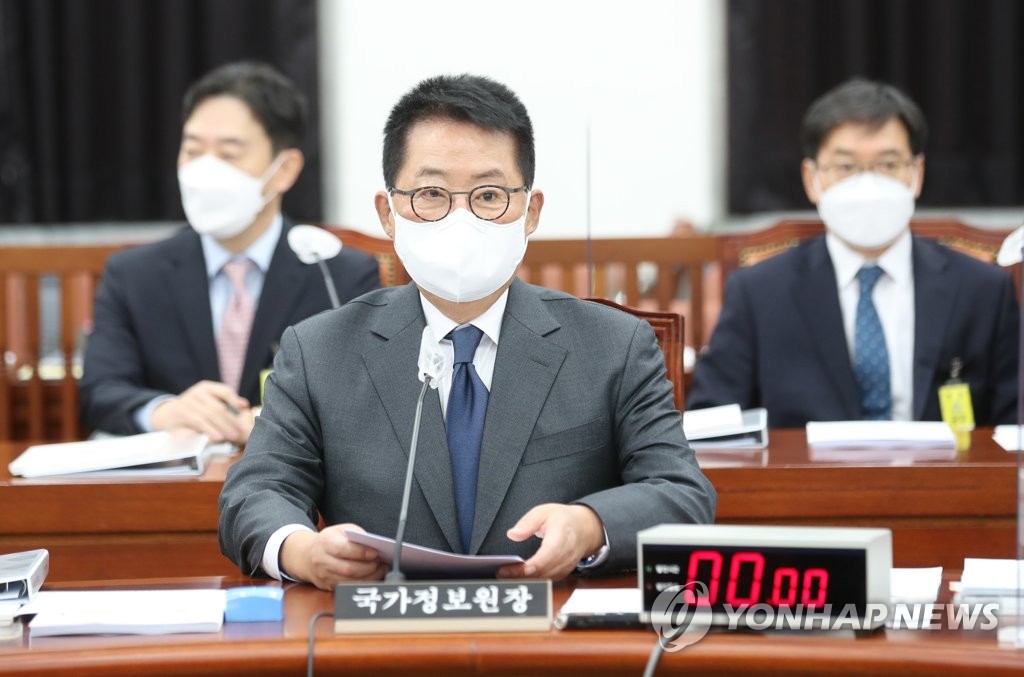