Rep. Kweon Seong-dong of the ruling People Power Party and Rep. Park Hong-geun of the main opposition Democratic Party will take part in the meeting between Kim and Pelosi to be held at the National Assembly on Thursday morning.

Regional security, economic cooperation and other pending issues are to be discussed in the meeting.

South Korea is one of the legs on Pelosi's Asian tour that also includes stops in Singapore, Malaysia, Taiwan and Japan. 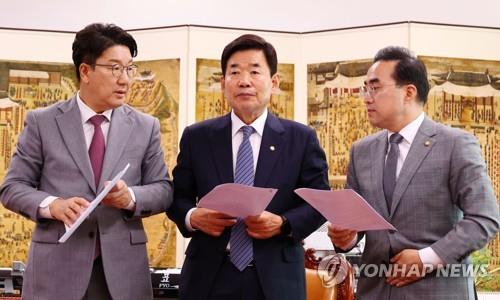