SEOUL, Aug. 3 (Yonhap) -- The main opposition Democratic Party (DP) on Wednesday submitted a resolution calling on the head of the state audit agency to resign after he made remarks that could be seen as denying the agency's political neutrality.

Board of Audit and Inspection (BAI) Chair Choe Jae-hae raised the ire of the opposition party when he said during a parliamentary judiciary committee meeting last week that he believes the BAI is an agency that supports the president's handling of state affairs.

In the resolution, the DP claimed Choe is "shaking the foundation of constitutional order" by "degrading" the BAI to an organization that supports the president's handling of state affairs, according to Rep. Ki Dong-min.

The resolution also accused Choi of using the audit agency to put pressure on public institution chiefs appointed by the preceding Moon Jae-in administration to leave office and launching inspections targeted at the previous administration.

The resolution was jointly signed by the DP and lawmakers of minor progressive parties.

"To restore BAI's job independence and political neutrality, the core value of the agency, as well as fairness and common sense in our society, we strongly urge Choe to step down as BAI chair," the resolution read. 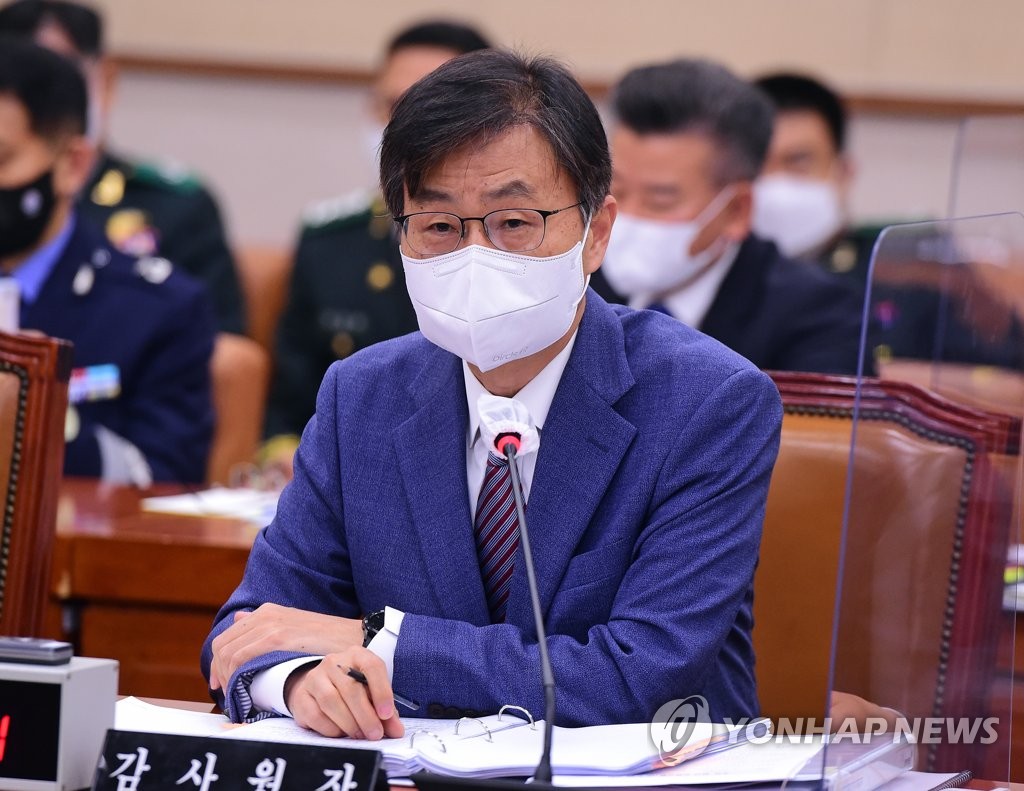