Since early this week, China has suspended imports of some Taiwanese products in a warning against Pelosi's visit to Taiwan. China views Taiwan as part of its territory.

"Investors were concerned about escalating conflict (between China and the U.S.) over Pelosi's trip to Taiwan. But there was no such clash, so investors appear to have been relieved a bit," No Dong-kil, an analyst at Shinhan Investment Corp., said.

But U.S.-China tensions over Pelosi's trip remains a factor weighing on investor sentiment already spooked by a possible global slowdown and surging inflation, he said.

The local currency was trading at 1,310.30 won against the U.S. dollar, down 5.60 won from the previous session's close.

Bond prices, which inversely to yields, closed lower. The yield on three-year Treasurys rose 5.3 basis points to 3.065 percent and the return on the benchmark five-year government bonds climbed 5.9 basis points to 3.108 percent. 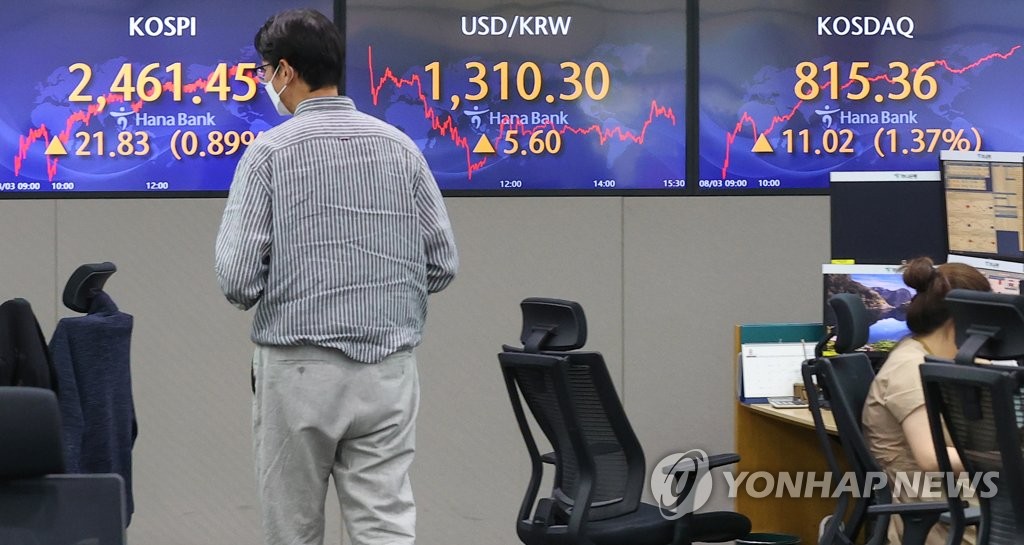