SEOUL, Aug. 3 (Yonhap) -- South Korean high jumping star Woo Sang-hyeok could be forgiven for basking in the glow of his world championship silver medal last month, but his season isn't over yet.

But as the busiest season of his career nears its end, Woo, no longer feeling the pressure of living up to lofty expectations, said Wednesday he just wants to have fun the rest of the way. 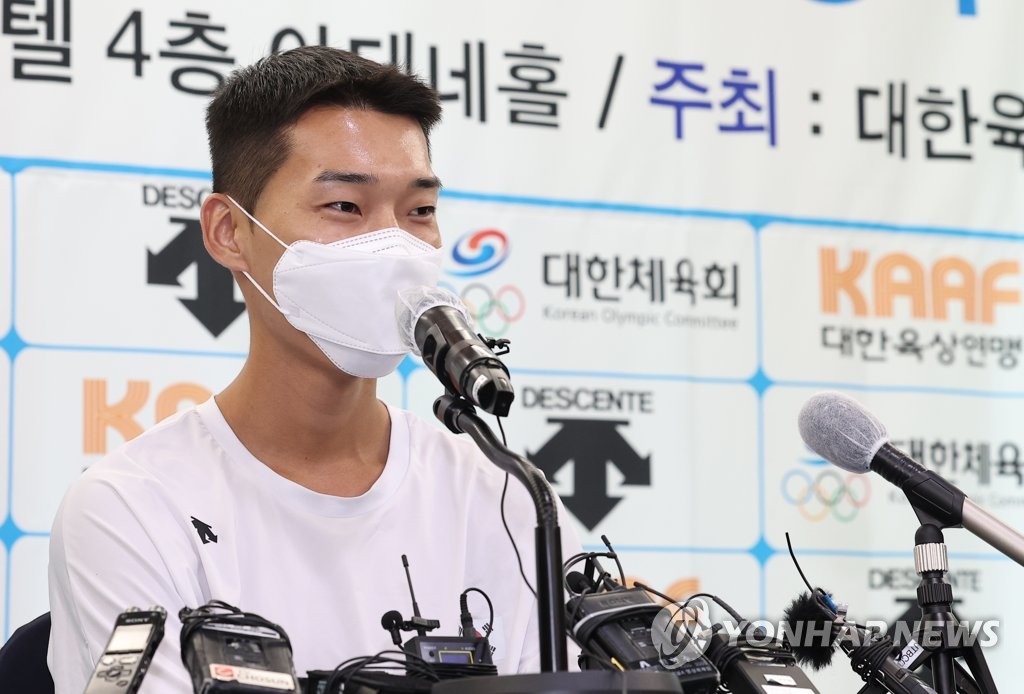 It will soon be time to lace them up again for the 26-year-old, who made history with his silver at the World Athletics Championships in Eugene, Oregon, on July 18. By clearing a national record-tying 2.35 meters, Woo became the first South Korean high jumper to capture a world championship medal. Woo's silver medal was also the best world championship performance by any South Korean athlete, topping a bronze medal by race walker Kim Hyun-sub from 2011.

Next week, Woo will be competing in a Diamond League event in Monaco, with the reigning world champion, Mutaz Essa Barshim of Qatar, also in the field.

Andriy Protsenko of Ukraine, who won the bronze medal behind Woo in Eugene, and Gianmarco Tamberi of Italy, who finished fourth, will also compete in Monaco.

Barshim jumped 2.37m for his third consecutive world title last month. That is also the best outdoor mark by any male high jumper this year. 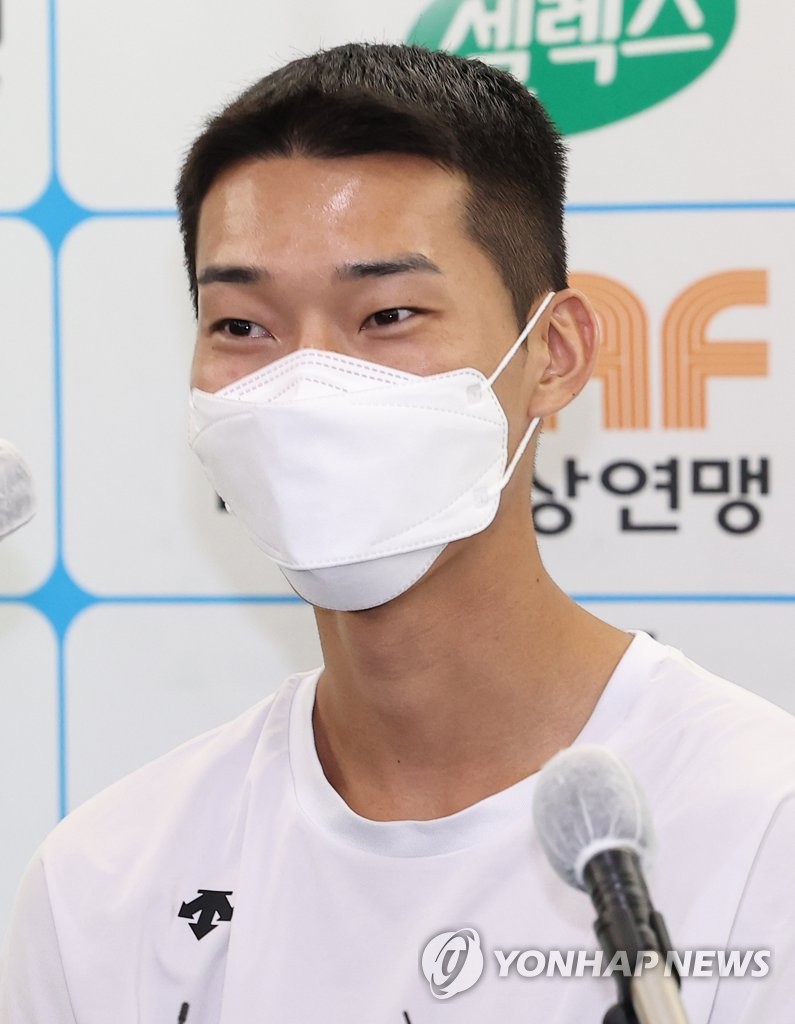 Much has been made of the budding rivalry between Barshim and Woo, but the South Korean athlete said Wednesday he wasn't paying much attention to other jumpers.

"I've got enough on my plate just concentrating on my own performance," Woo said at a press conference in Seoul, after receiving 50 million won (US$38,150) in prize money from the Korea Association of Athletics Federations (KAAF) for his world silver.

"If I start thinking about other athletes, then I won't be able to perform to the best of my abilities," Woo added. "Just because I beat (Barshim and others) this time, it doesn't guarantee that I will beat them again at next year's world championships or the Olympics (in 2024)."

Woo acknowledged that he had been training and competing under the burden of expectations in days leading up to the world championships. Woo had won the world indoor title in March and his first Diamond League gold medal in May. He had become as close to a household name as any track and field athlete in South Korea. 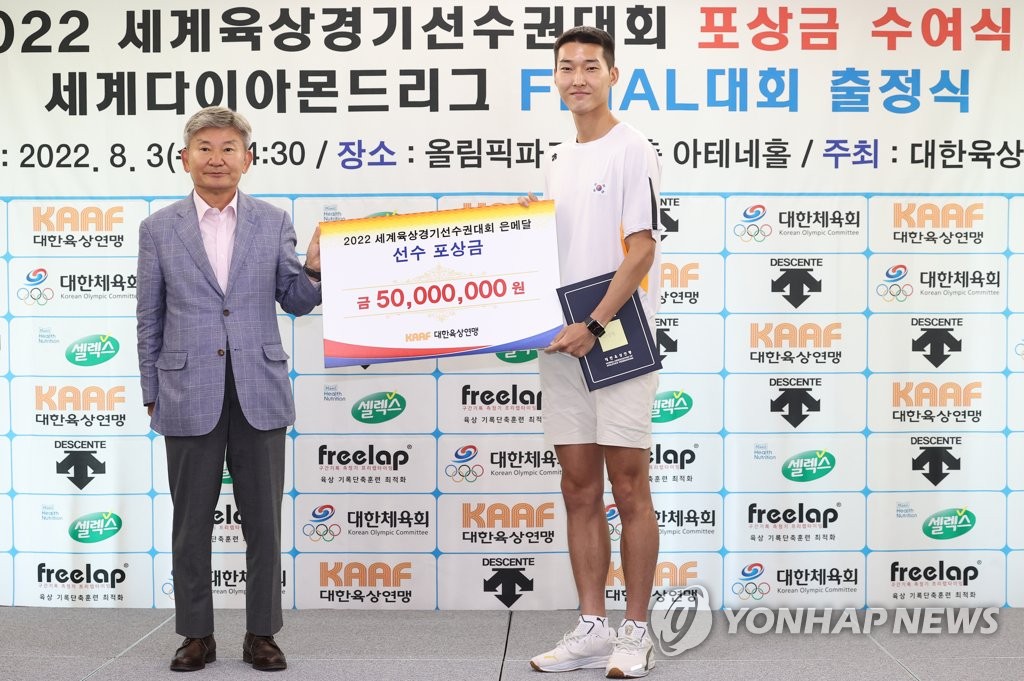 With the silver medal in tow, Woo said, "I feel like I've completed a major homework assignment.

"I no longer feel the pressure of having to win a title, and I want to enjoy competing now," Woo said. "I'd be lying if I said I wasn't feeling any pressure before, but that's all gone now. I think (the Diamond League in Monaco) will be fun."

Athletes earn points based on their Diamond League performances: eight points for gold, seven points for silver and six points for bronze, and so forth. After 12 competitions, the top six in field events will qualify for the Diamond League Final in Zurich on Sept. 7 to 8.

There have been three Diamond League stops so far that featured the men's high jump. Woo earned eight points by winning the event in Doha, but he skipped the next two events in Birmingham and Rome. Woo is tied for sixth in the overall standings. Django Lovett of Canada and Tamberi are tied for first at 15 points, having competed in all three events so far. 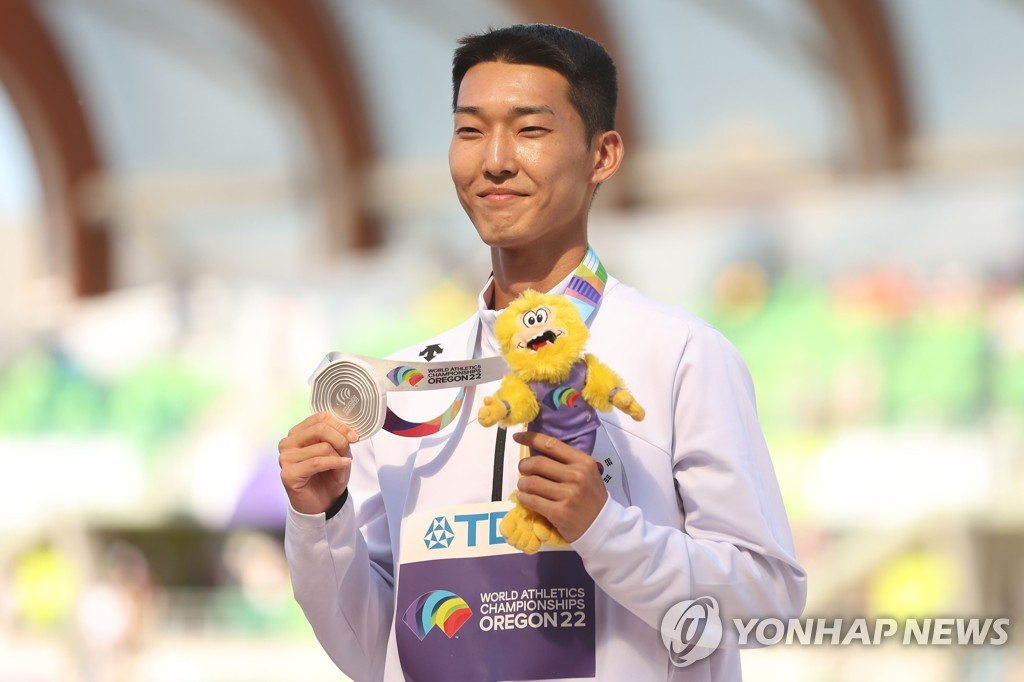 After Monaco, the Swiss city of Lausanne will host the men's high jump on Aug. 25.

The winners of each discipline at the final will be crowed "Diamond League Champions" and receive $30,000 in prize money, along with a spot at the next World Athletics Championships.

Woo said just having a chance to qualify for the Diamond League Final gets his heart pumping.

"It's something I've only watched on TV or YouTube, and I am so happy to have a chance to compete," Woo said. "I sometimes wonder if I am dreaming. If I do qualify, it's going to be such a meaningful occasion." 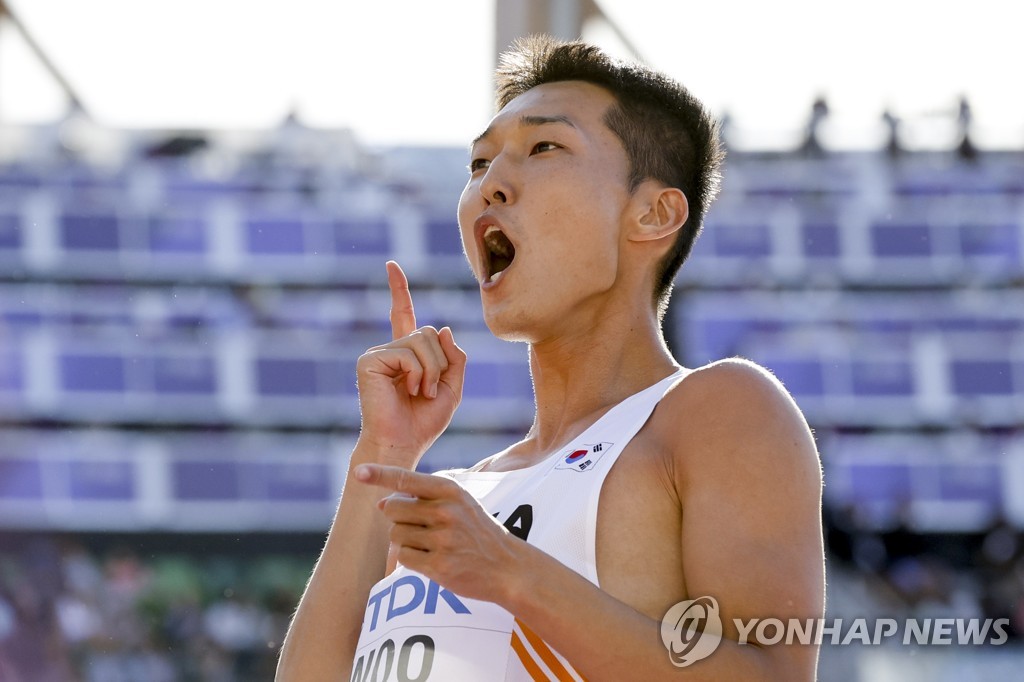 Woo said he has competed in more overseas events this year than at any point in his career. At first, Woo said he had been in awe of some of his rivals. It wasn't until Woo started winning medals that he began to think of himself as their equals.

"Once I reached their level, I stopped worrying about them too much and started focusing more on myself," Woo said. "I think that has helped me improve over time and that mindset will continue to be the key for me."

Woo said he has a long ways to go before he can become a role model for others but added that he hopes to keep inspiring younger athletes.

"I have proven that with hard work, you can get into world championships and Diamond League events. I am quite pleased with that," Woo said. "I think I've planted seeds of hope in people's minds. I hope young athletes will have faith in their work and believe that their dedication will lead to great results." 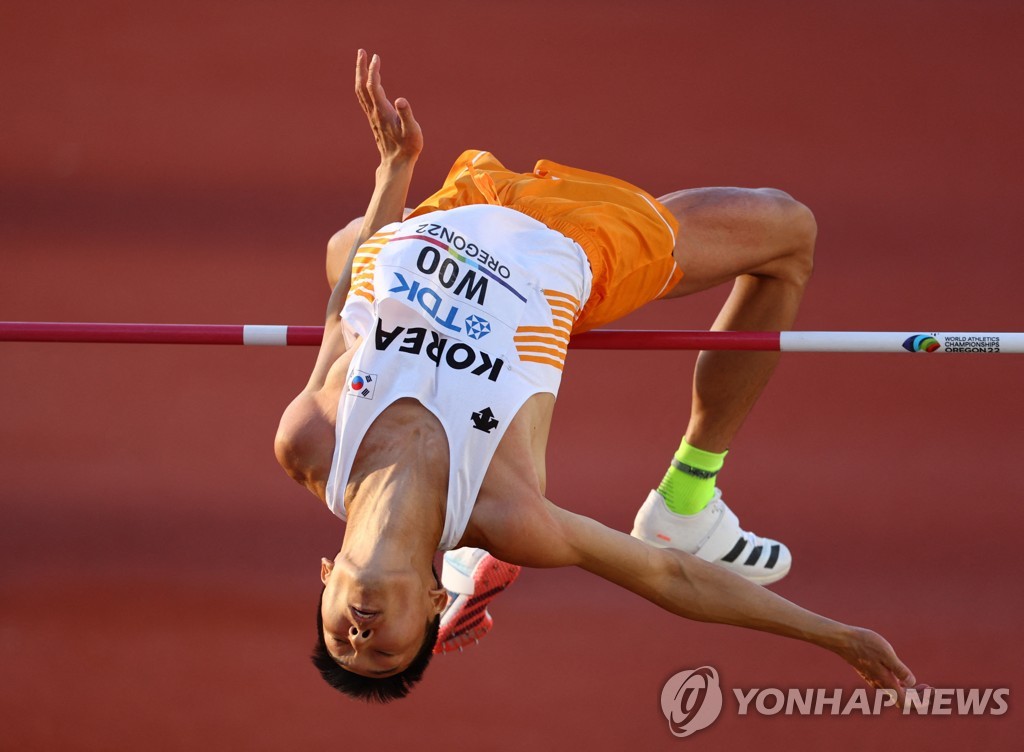