CAIRO/SEOUL, Aug. 4 (Joint Press Corps-Yonhap) -- A group of the South Korean Air Force's T-50B jets streaked over Egyptian pyramids during an air show earlier this week, in the first such performance by a foreign military around the African nation's ancient structures.

The South's Black Eagles aerobatic team staged the joint flyby with the Egyptian Air Force's Silver Stars team during the Pyramids Air Show 2022 in Giza on Wednesday (Cairo time), according to a pool report. 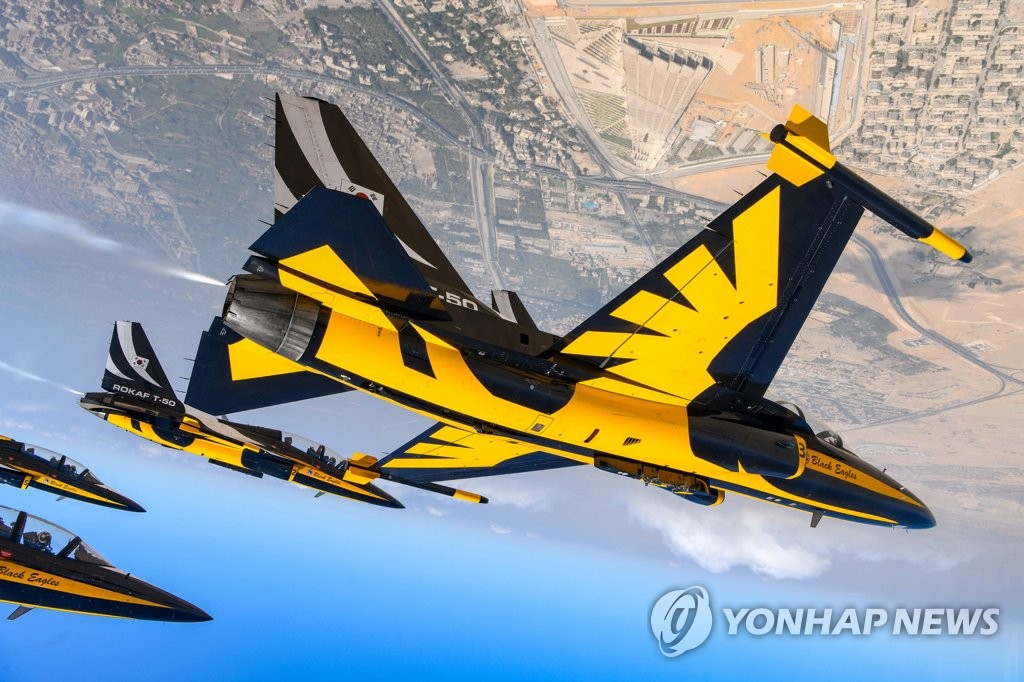 To support South Korea's bid to export FA-50 light attack fighters to Egypt, the Korean Air Force and the Korea Aerospace Industries (KAI), the fighter's manufacturer, had worked together with Egypt's Air Force to arrange the flight. The FA-50 is the armed variant of the T-50 trainer jet.

Some 1,000 people, including senior South Korean and Egyptian officials, attended the air show. Among them were Seoul's Ambassador to Cairo Hong Jin-wook and around 100 South Korean residents in Egypt.

Catching their eyes was the Black Eagles' trademark maneuvers to draw with smoke tails the taegeuk pattern, a signature symbol of the South Korean national flag. The team performed with eight T-50Bs. 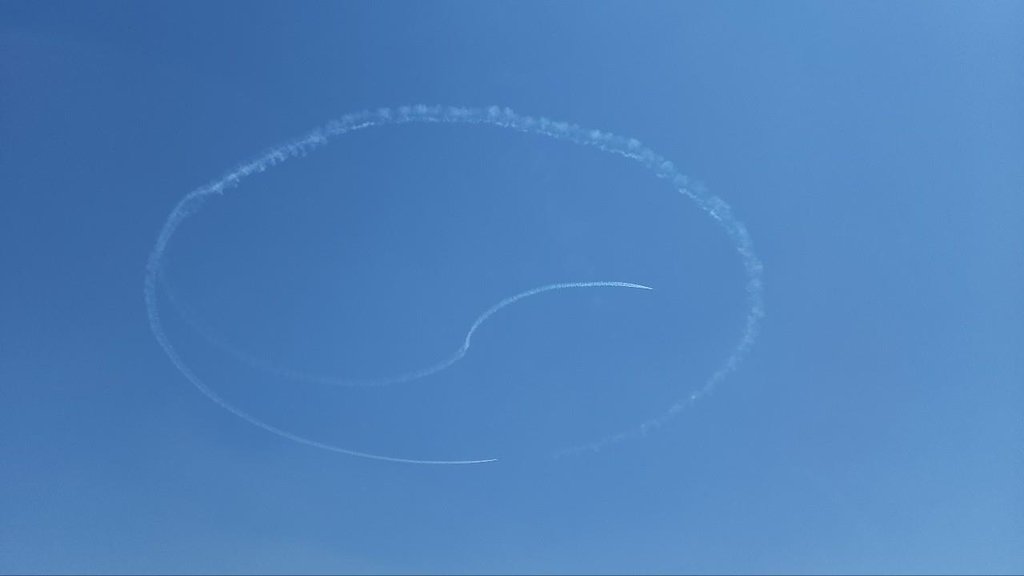 Other air activities, like the "rainfall" maneuvers, led spectators to hold up their mobile phones to capture the spectacles.

"I am honored to be here to see the historic scene," Ambassador Hong said. "We have shared the view that the air show this time reflects the deep relationship of trust between the two countries."

The Black Eagles joined the Egyptian air show following their participation in the Royal International Air Tattoo and Farnborough International Airshow in Britain and another event in Poland, as they have been ramping up military diplomacy to promote South Korean-made aircraft.