Net profit for the three months ended in June jumped to 450.41 billion won (US$344 million) from 129.96 billion won during the same period of last year, the company said in a statement.

"On top of strong cargo demand amid the extended COVID-19 pandemic, recovering demand on international passenger routes gave a boost to the quarterly bottom line," the statement said.

Operating profit also more than tripled to 735.87 billion won in the second quarter from 196.91 billion won a year ago. Sales jumped 71 percent to 3.33 trillion won from 1.95 trillion won during the same period.

The dollar rose to an average of 1,259.57 won in the second quarter from 1,121.23 won a year ago, according to the Bank of Korea. A weak won drives up the carrier's dollar-denominated debts when translated into the local currency and pushes up jet fuel costs.

The earnings results are parent-based ones. Consolidated ones will be released later this month.

Looking ahead, Korean Air said it expected a resurgence of the COVID-19 pandemic and volatile oil prices could remain worrisome for the airline industry.

The company aims to gradually bring the number of flights on its international passenger routes to 50 percent of pre-pandemic levels by September from the current 30 percent. 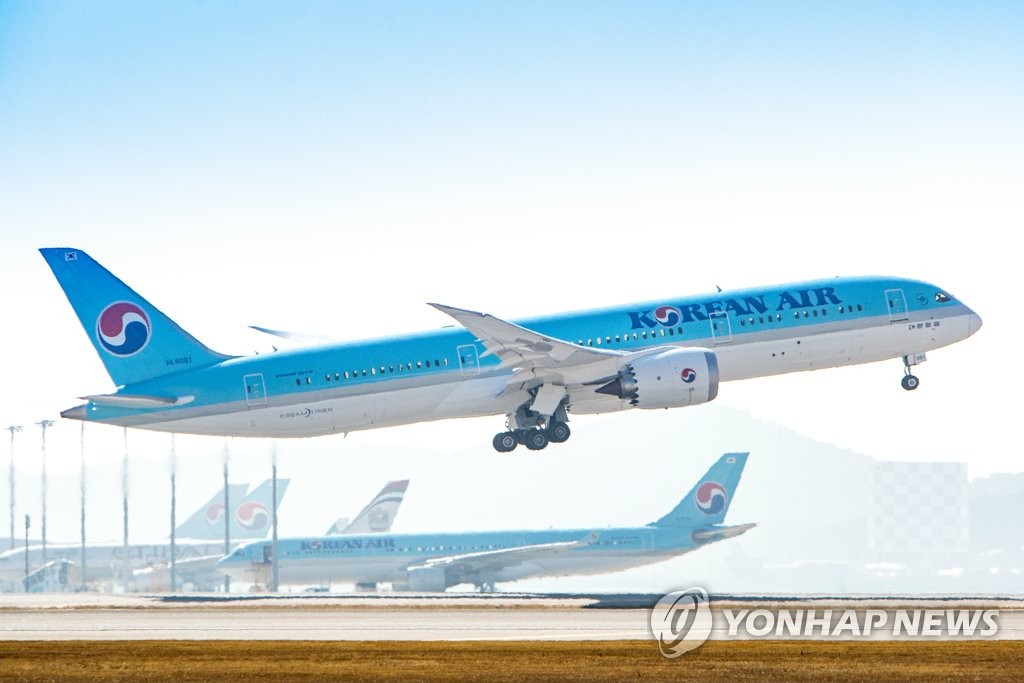