SEOUL, Aug. 4 (Yonhap) -- The defense chiefs of South Korea and Australia agreed during their talks Thursday on the need to bolster bilateral cooperation, especially in the arms industry and combat readiness, officials here said

South Korean Defense Minister Lee Jong-sup met with his counterpart, Richard Marles, in Canberra for discussions on measures to follow up on the summit between President Yoon Suk-yeol and Prime Minister Anthony Albanese held on the margins of a NATO gathering in Madrid in June, according to Lee's ministry.

Lee and Marles agreed to continue expanding bilateral partnerships via such channels as the "two plus two" session involving their defense and diplomatic ministers, and various combined military drills in the region, it said.

In particular, Marles expressed hope for and closer cooperation in the defense industry and space sector, it added.

On Friday, Lee and Marles plan to visit Geelong, a southeastern city, where a K9 self-propelled howitzer production line of South Korean firm Hanwha Defense is under construction.

Late last year, Australia signed a contract, known to be worth 930 billion won (US$709 million), to acquire 30 units of the K9 Thunder self-propelled howitzer from South Korea. 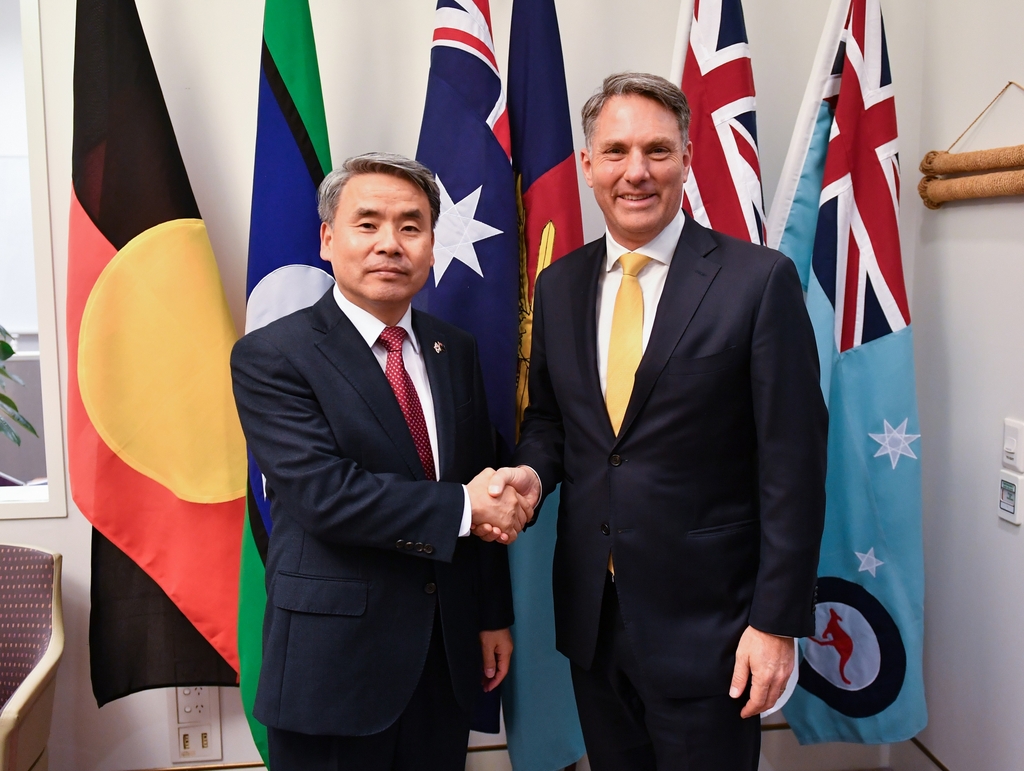