One activist claimed "about a dozen" security guards forcibly grabbed Lee's wheelchair to move it out of the way. Lee sustained cuts to both hands and was "quite shaken up" by the incident, the activist added.

A civic group pushing to bring the sexual slavery issue to the U.N. International Court of Justice released a video clip of the incident, in which Lee could be heard yelling: "Let me go. You're going to kill me," while several security guards were trying to calm her down. 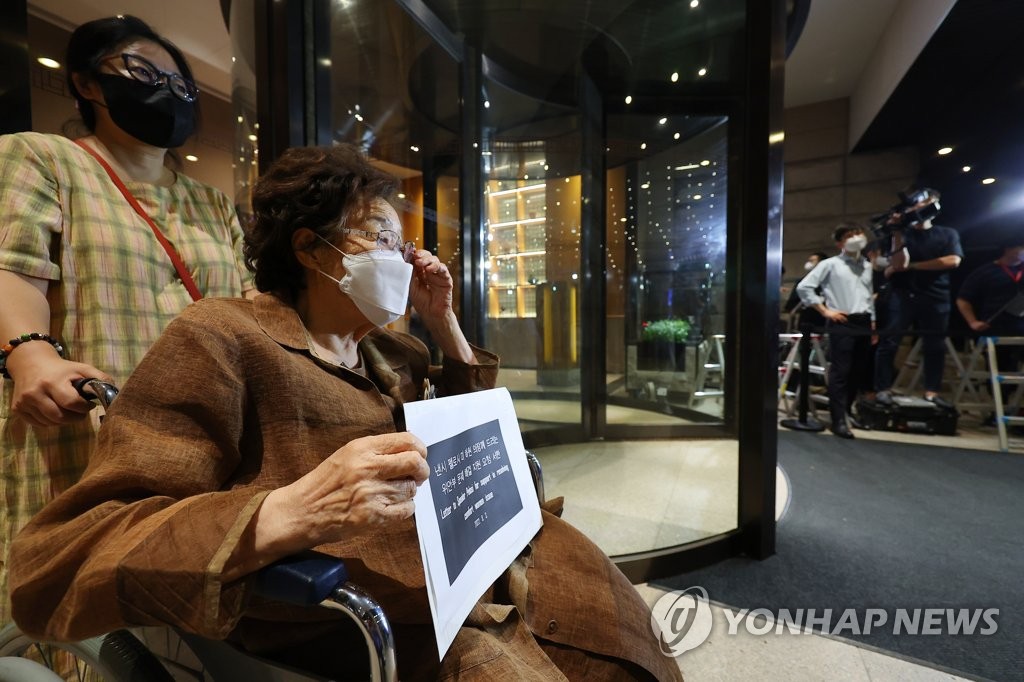 Lee was transported to a nearby hospital and didn't suffer serious injuries, though the meeting with Pelosi never materialized.

The aforementioned civic group had asked Pelosi on Wednesday to speak with Lee and to resolve the sexual slavery issue in accordance with the U.S. House of Representatives Resolution 121.

The 2007 resolution called on Japan to "formally acknowledge, apologize, and accept historical responsibility" for its coercion of young women into sexual slavery in Asia during the 1930s and World War II. Pelosi played an instrumental role in the passing of the resolution.

In light of the incident, the Korean Council for Justice and Remembrance for the Issues of Military Sexual Slavery by Japan condemned the parliamentary security guards' action.

"(The guards) committed an abominable act of causing an elderly woman grave physical and psychological shock," the statement read. "We denounce violence perpetrated on the (sexual slavery) victim in her 90s by the National Assembly security force. We demand a thorough investigation, an official apology and punishment on those responsible." 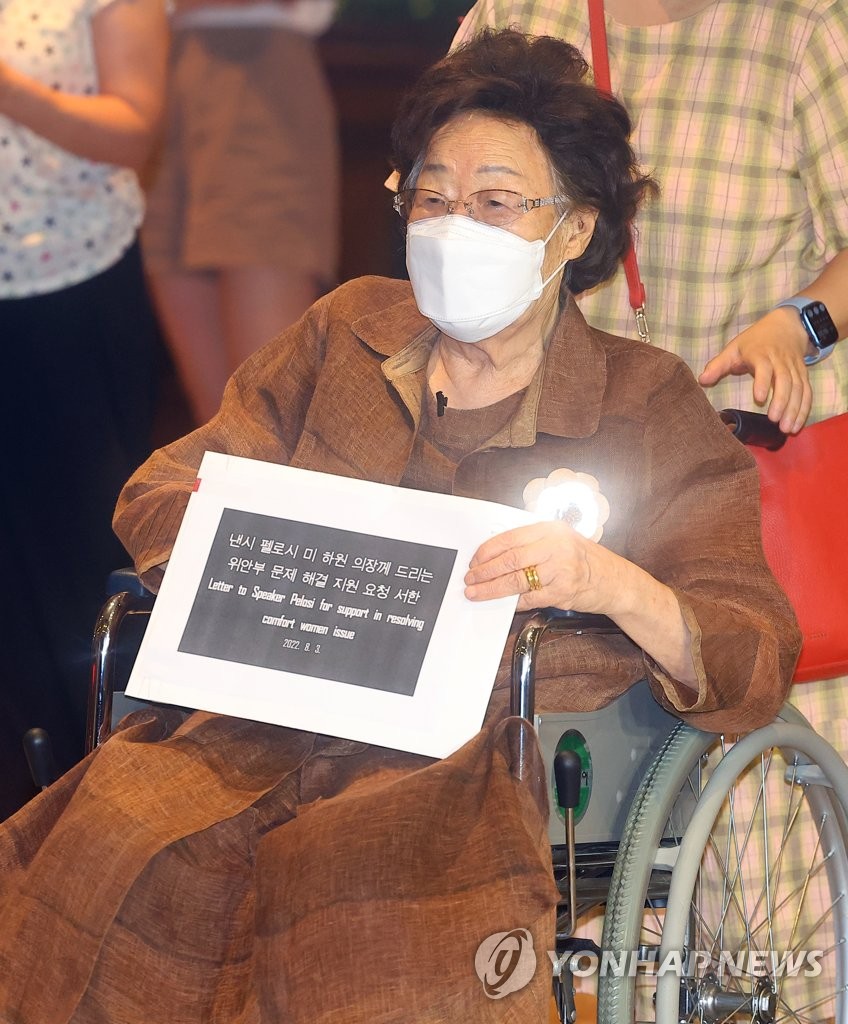 Victim of sexual slavery injured in attempt to meet Pelosi

Victim of sexual slavery injured in attempt to meet Pelosi