The average contract price of 8-gigabit DDR4 DRAMs came to US$2.91 on the spot market Thursday, down 11 percent from $3.27 a month earlier, according to market tracker DRAMeXchange and Yonhap Infomax, the financial news arm of Yonhap News Agency.

It was down 18 percent from June 10, when spot prices began hitting the skids, and 20.1 percent from the start of the year.

Industry watchers have put forward a gloomy outlook for DRAM prices, which could come as a drag on South Korea's two chip giants -- Samsung Electronics Co. and SK hynix Inc.

DRAMeXchange forecast DRAM prices to continue to decline down the road due to weakening demand amid concerns over a global economic recession.

Samsung Electronics and SK hynix are the world's two largest DRAM makers with a combined market share of more than 70 percent.

NAND flash memory chips have also been on the decline since May. The average fixed price of 1Gb 128Mx8 SLC products stood at US$1 in July, a tad down from $1.03 in June and $1.07 in May, according to DRAMeXchange.

NAND flash memory is a type of non-volatile storage, which does not need power to keep data. It is used in many consumer electronics, like smartphones and laptops. 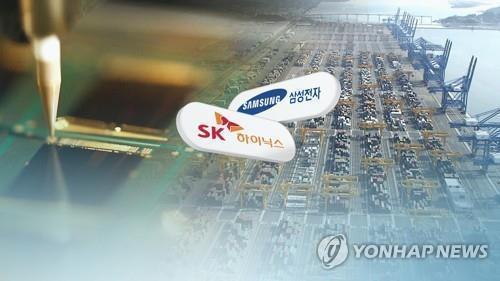