SEOUL, Aug. 5 (Yonhap) -- The minimum hourly wage for next year has been finalized at 9,620 won (US$7.38), a 5 percent increase from this year, as previously agreed upon by representatives of the country's labor and management, the labor ministry said Friday.

The ministry officially published the 2023 minimum wage in the government gazette earlier in the day, it said.

The new rate translates to a monthly wage of 2.02 million won and will apply equally across all industries.

The Minimum Wage Commission, which is composed of nine members each from labor, business and the general public, struck the agreement on June 29 during a plenary session held at the government complex in Sejong.

During a 10-day appeal period last month, an umbrella labor union and three business associations appealed the 2023 minimum wage only to have their appeals dismissed by the labor ministry.

"The Minimum Wage Commission determined the 2023 rate in comprehensive consideration of the economic condition at home and abroad, the employment circumstances and the difficulties facing low-income workers and small-size business merchants," Labor Minister Lee Jeong-sik said. "Therefore, the rate should be respected."

The ministry also said it plans to conduct preliminary research, upon recommendations from members of the commission, on whether to adopt differentiated minimum wages for different industries and related methodologies. 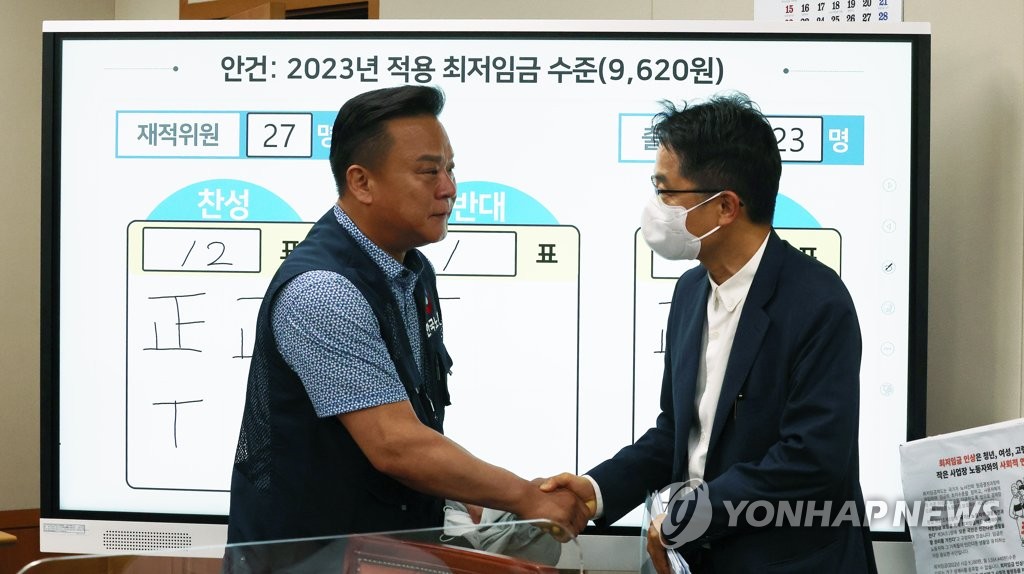 Gov't confirms 5 pct rise in minimum wage for next year

Gov't confirms 5 pct rise in minimum wage for next year