The PPP and the government held a policy consultation meeting at the National Assembly where they discussed measures to support the government's regulation reform drive announced in June.

President Yoon Suk-yeol has called for bold deregulations to spur economic growth and promised to give his full support to companies if they create more jobs and increase domestic investment.

Friday's discussion centered on reforming regulations in the environment and legal administration sectors.

"We need to nurture foreign investment, enhance our international economic competitiveness and create an environment for reshoring by abolishing regulations," Rep. Sung Il-jong, the PPP's chief policymaker, told the meeting.

"Rather than penalizing companies that have breached minor regulations, it is desirable for the government to guide them through an administrative process," he said.

Government officials stressed the importance of deregulation in the wake of heightening economic uncertainties and slowing growth.

"Private sector investment and corporate activities must be revitalized for our economy to grow continuously," said Bang Moon-kyu, minister for government policy coordination. "It is time to reform unreasonable regulations that limit companies' creativity and energy." 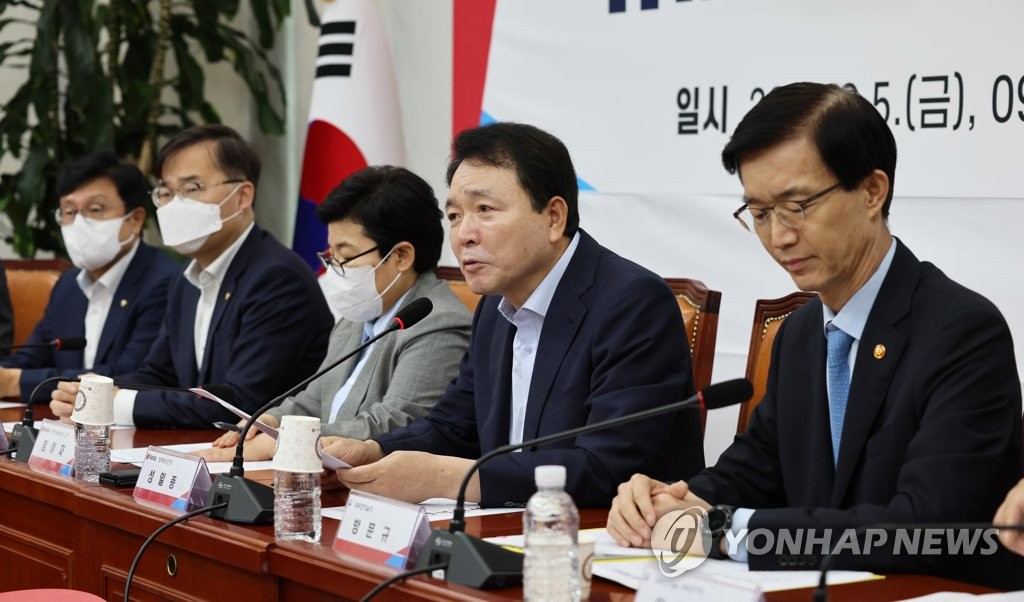