(ATTN: UPDATES throughout with voting results)

Lee secured 74.81 percent of the vote in the polls that took place in the northeastern province of Gangwon, the southeastern city of Daegu and nearby North Gyeongsang Province.

Ahead of the Aug. 28 national convention to pick the new party leadership, the candidates are to go through 15 rounds of regional voting, including Saturday's sessions.

"I am thankful that I have been given more support than I had expected," he told reporters in Daegu. "As there are still many schedules ahead, I will do my utmost. 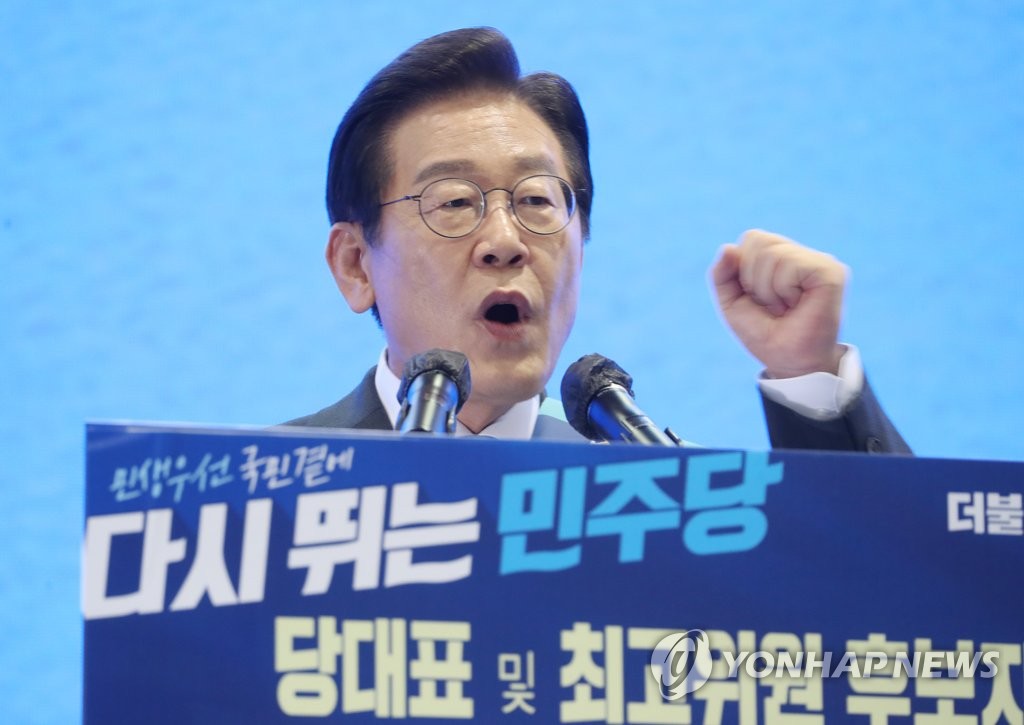 On Sunday, voting will be held in the southern island of Jeju and the western port city of Incheon.

Eight others are competing in a separate race to join the Supreme Council.

The next chairman and members of the leadership council will be elected at the national convention in Seoul on Aug. 28. 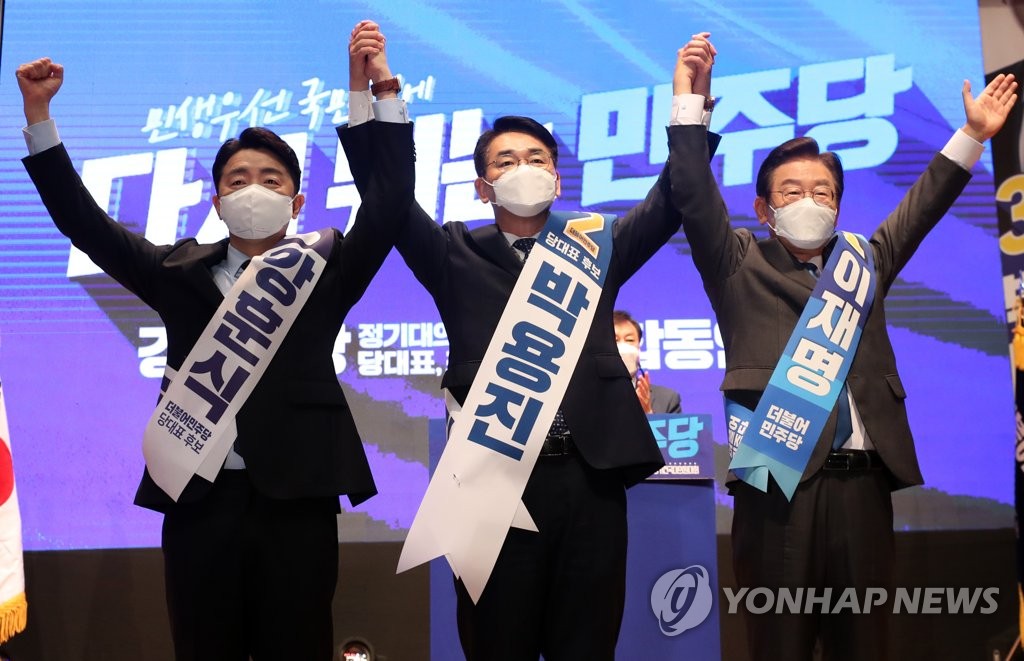