SEOUL, Aug. 7 (Yonhap) -- A Seoul court has ruled that an employee who slipped and died after heavy drinking with a boss should be recognized as a victim of a workplace accident, officials said Sunday.

The Seoul Administrative Court sided with the family of the deceased worker in their litigation against the Korea Workers' Compensation and Welfare Service for the payment of survivors' benefits and his funeral expenses.

The man, who worked as a security guard, slipped in front of his house after returning from drinking with his boss, and was diagnosed with cerebral hemorrhage in October 2020. He had since received treatment at a hospital and died last March.

His bereaved family asked the state-run agency under the Ministry of Employment and Labor for the payment of due benefits in accordance with the law that guarantees benefits for deaths related to work.

The agency, however, refused to pay any benefits, including funeral expenses, to his family, saying the gathering was not organized by the owner or the management.

The court, however, said such a one-to-one gathering should be seen as having taken place under management supervision because the employee was with his department head that he had no personal relationship with.

The court also said heavy drinking was a cause of the death.

In South Korea, every workplace with one or more employees needs to register their employees for workers' compensation insurance with the agency. 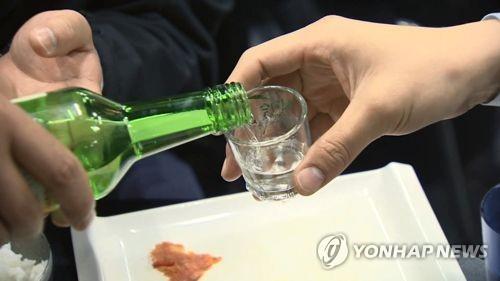 Court recognizes death after drinking with boss as workplace accident

Court recognizes death after drinking with boss as workplace accident