Lee secured 70.48 percent of the vote in the polls that took place in the southern resort island of Jeju. He was trailed by Park Yong-jin with 22.49 percent, and Kang Hoon-sik with 7.03 percent.

In Incheon, where Lee was elected to the National Assembly representing the city's Gyeyang-B district in June, he won 75.4 percent of the vote, followed by Park with 20.7 percent and Kang with 3.9 percent.

On the previous day, Lee also won an overwhelming victory by securing 74.81 percent of the vote in the first round of polls in the northeastern province of Gangwon, the southeastern city of Daegu and nearby North Gyeongsang Province.

Ahead of the Aug. 28 national convention, the candidates are to go through 15 rounds of regional voting, including those from Saturday and Sunday.

"I am grateful as more people than I expected have supported (me)," Lee told reporters in Incheon, adding he will do his "utmost" until the end. 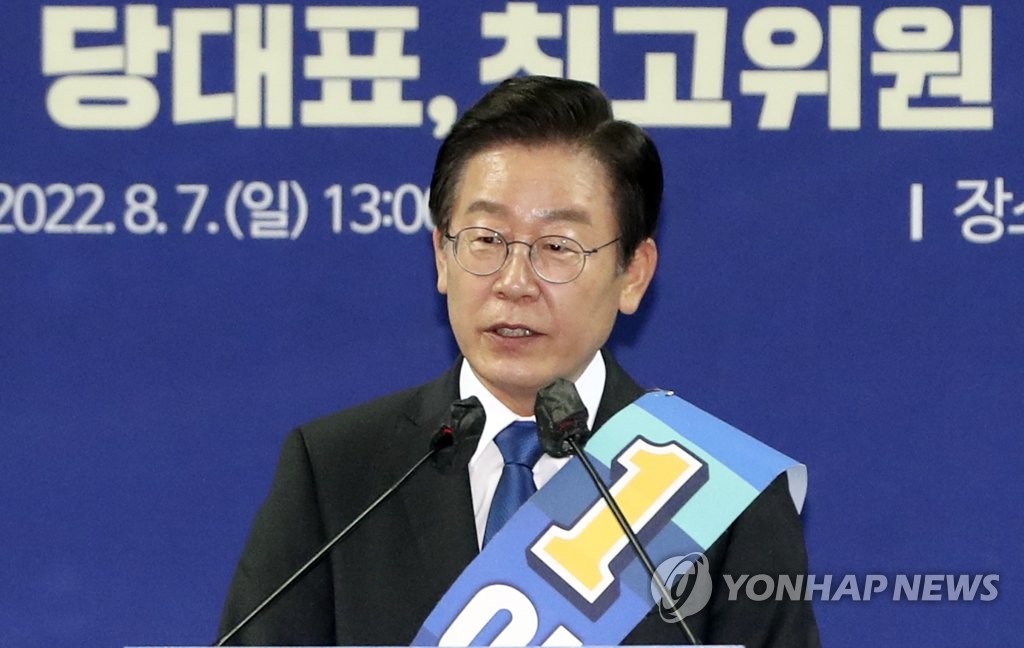