The standing committee of the Supreme People's Assembly (SPA), the North's rubber-stamp parliament, held a plenary meeting the previous day and decided to open the 7th Session of the 14th SPA on Sept. 7, according to the official Korean Central News Agency (KCNA).

The upcoming session is to discuss the issue of "adopting the law on the socialist rural development and the law on landscaping and the organizational matter," it added.

The SPA is the highest organ of power under the North's constitution, but it rubber-stamps decisions by the ruling party. It usually holds a plenary session in March or April to deal mainly with the budget and cabinet reshuffles. 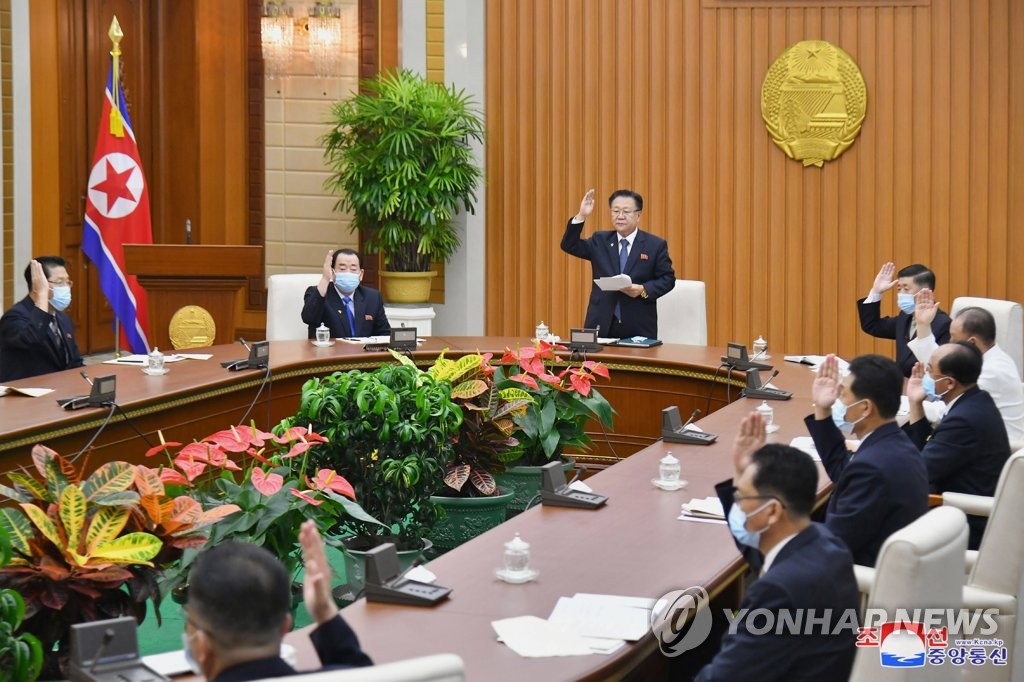 Sunday's plenary session was presided over by Choe Ryong-hae, chairman of the standing committee, without leader Kim Jong-un's attendance.

Attendees decided on convening the parliamentary meeting with unanimous approval and had discussions on other issues, including adopting the law on medicines and revising the law on aerospace development, according to the KCNA.

The North will also hold a national meeting "early in August" to review the country's emergency anti-epidemic measures, the KCNA said in a separate report.

The meeting, expected to take place before Aug. 15, draws attention to whether the North will announce an end to the coronavirus crisis or unveil changes to the antivirus regulations as its new suspected COVID-19 cases have remained at zero since July 29.

Pyongyang disclosed its first COVID-19 case on May 12 after having claimed to be coronavirus-free for over two years and immediately declared a "maximum emergency" virus control system. The North's daily fever tally peaked at over 392,920 on May 15.