SEOUL, Aug. 8 (Yonhap) -- Though he is still just 20 years old, South Korean golf phenom Kim Joo-hyung had long been groomed for this moment -- a victory on the PGA Tour.

Confident in the work he had put in, with help and sacrifices from his family and management team, Kim said he wasn't surprised by his breakthrough moment at the Wyndham Championship in Greensboro, North Carolina, on Sunday (local time).

Kim caught fire on the front nine of the final round at Sedgefield Country Club, collecting six birdies and an eagle to jump to the lead, and closed out a five-shot victory with a nine-under 61. Kim finished at 20-under 260 overall, becoming the ninth South Korean to win a PGA Tour event and the youngest of the group to do so. 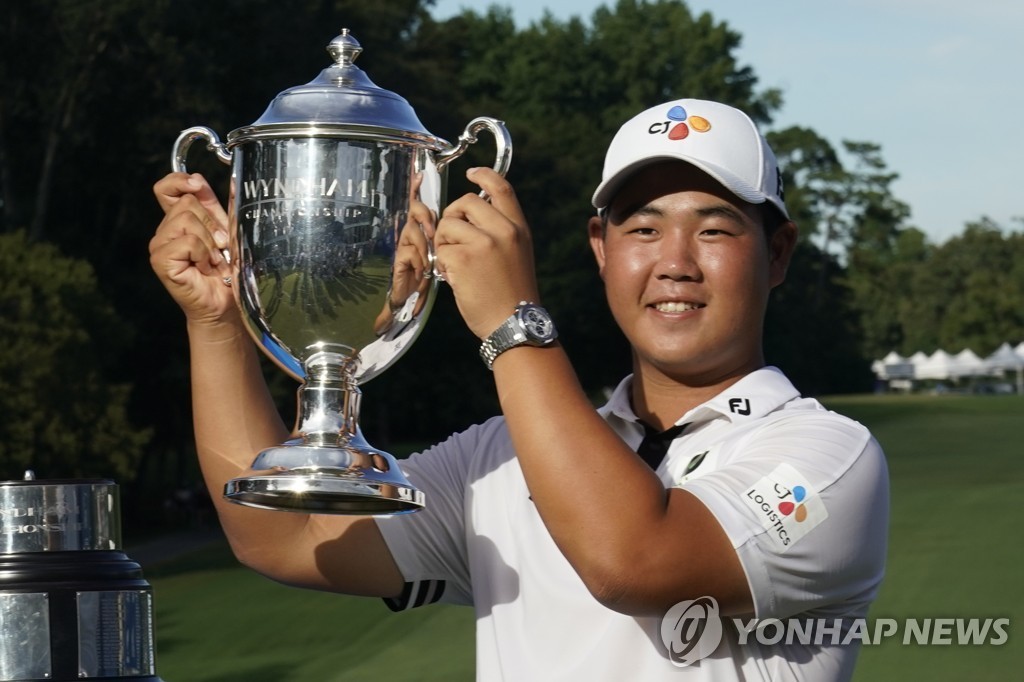 "I've expected so much of myself and so does my team. We expect the highest," Kim said at his post-victory press conference. "This is just a start for me, and I still have so much I want to accomplish. We bought the car, we just need to drive it, so hopefully I keep pushing that pedal."

The son of a former professional golfer, Kim was born in Seoul but spent his early years in Australia, the Philippines and Thailand, honing his game along the way. The precocious one notched a few victories as a teenager on the Asian Tour and the Korean Tour, and received "special temporary membership" from the PGA Tour in July.

He had entered a dozen PGA tournaments as a nonmember and qualified for the special status by accumulating as many FedEx Cup points as No. 150 from the 2020-2021 season.

With that status, Kim was eligible for unlimited sponsor exemptions for the remainder of the season, as he tried to earn his PGA Tour card for the 2022-2023 season. To do so, Kim needed to earn as many FedEx Cup points as the No. 125 player in the current season.

Kim took care of business with a seventh-place finish last week at the Rocket Mortgage Classic, collecting enough points to be safely inside the top 100. Kim acknowledged that the top-10 showing "took so much pressure off."

"I told myself from the start of the week, 'Just have fun, enjoy it. You've got your card already,'" Kim said. "But this back nine was crazy. It was probably the most intense round I've played. My putter felt like 200 pounds today; I'm not going to lie. It was crazy." 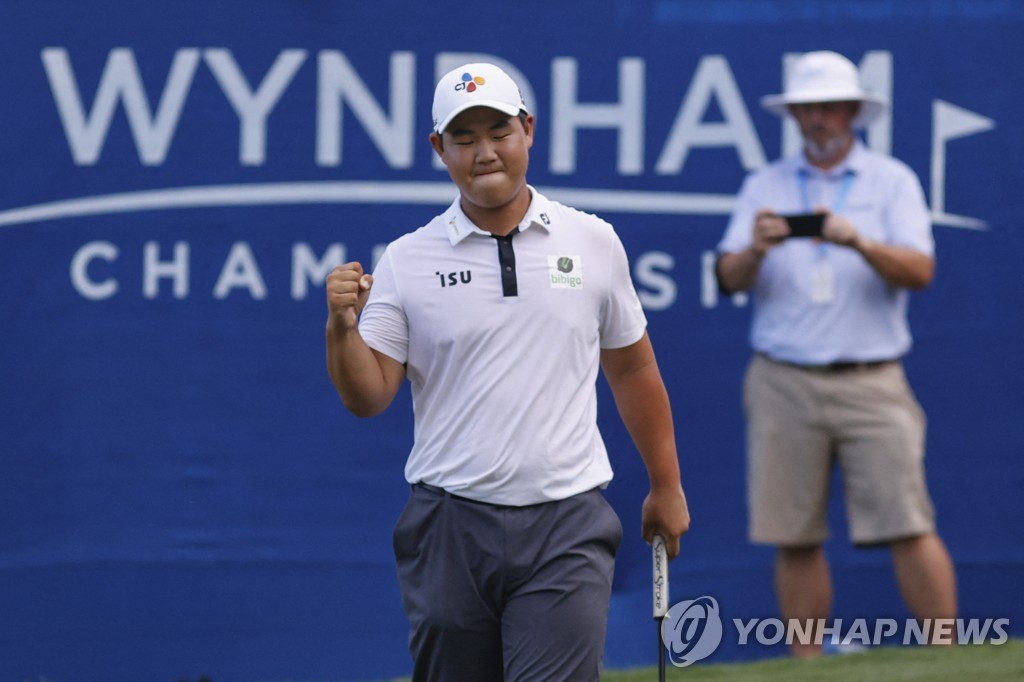 Another crazy thing about Kim's victory is that he had a quadruple bogey on his very first hole Thursday. He then played the next 71 holes 24-under par. He is the first player since 2003 to win on the PGA Tour after recording a quadruple bogey or worse on the opening hole of a tournament.

"I've never won a golf tournament starting with a quad," Kim said. "It's 24 strokes later and here we are. I played great this week. It was hard to stay in the moment in the final round just knowing that I was so close, but I just never let my guard down until I holed that (par) putt on 18."

The cherubic youngster, barely old enough to shave, carries himself on the course like a grizzled veteran who doesn't get fazed by the magnitude of the moment. But he also said he is "a jokester around my family and my team" and added, "If you get to know me, I'm just a 20-year-old."

But now, he's a 20-year-old with a PGA Tour win and just over US$1.3 million in the winner's check, which will be put to good use.

"I didn't have the most financial comfort when I was younger, and I'm just glad that I can support them now and they can just travel with me," Kim said of his parents. "They've sacrificed so much for me. I'm just really glad that I can give this back to them." 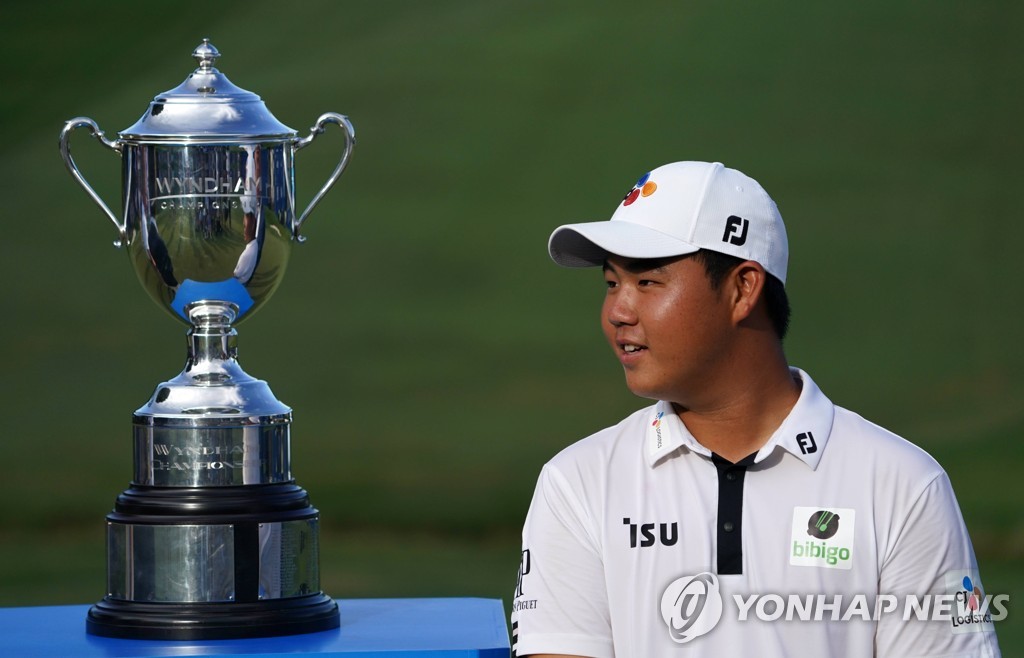 Kim also goes by the English name Tom, a name he gave himself because of his favorite cartoon show from his boyhood, "Thomas & Friends." It was Thomas at first, after Thomas the Tank Engine, but people soon began calling him just Tom and the shorter form stuck.

Kim isn't complaining, because he could have given himself another name.

"I was a big 'Toy Story' fan, so I almost named myself Buzz Lightyear,'" Kim said of the action figure character. "There's a few more, but Buzz Lightyear was probably the closest one to Thomas."

Whatever the name is, Kim certainly served notice to golf fans in the United States with this win. In addition to securing his PGA Tour card, Kim also qualified for the FedEx Cup playoffs, starting Thursday in Memphis with the FedEx St. Jude Championship.

Kim is also creating some buzz for possible inclusion for this year's Presidents Cup, an international competition that pits American golfers against an international team representing the rest of the world minus Europe. 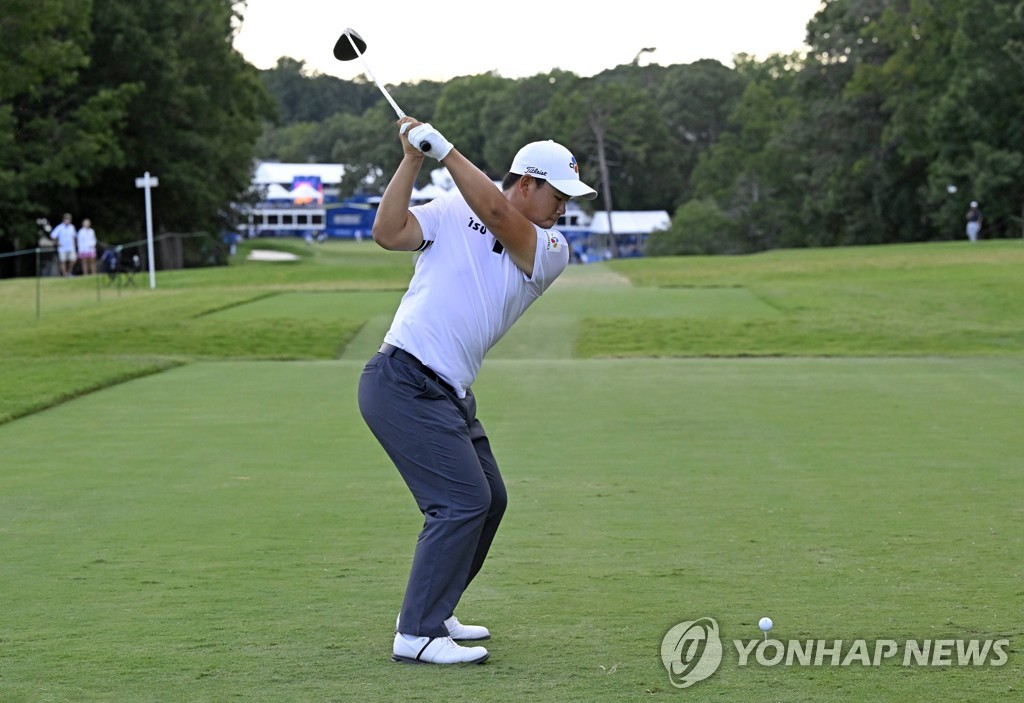 Kim is sitting in 14th place in the points standings. The top eight will automatically make the International Team, captained by Trevor Immelman, who will make four additional picks to round out his squad for the Sept. 19-25 event in Charlotte, North Carolina.

Immelman watched Kim during a practice round before The Open Championship in July, and Kim recalled it being "pretty nerve-wracking" to have the captain walk a few holes with him.

"I would love to make his team, obviously," Kim said. "You don't want to shank one in front of your future captain potentially. I was actually hitting it pretty well. I said to my caddie, 'You know what, I think I'll be ready for that.' If you can hit it well in front of the captain, I think you'll be OK. Hopefully, I'll get a chance to represent his team in Charlotte." 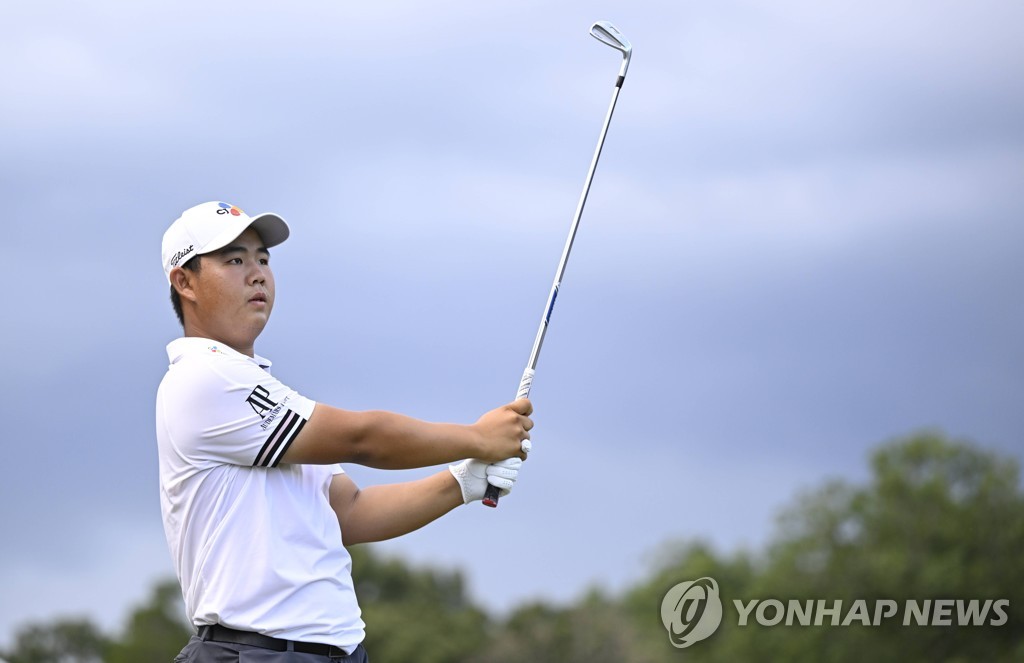