SEOUL, Aug. 8 (Yonhap) -- National police chief nominee Yoon Hee-keun said Monday that police power should be under supervision and oversight, as other powers are, but the police's political neutrality should not be damaged.

The nominee made the remarks during his parliamentary confirmation hearing following the interior ministry's launch last week of a police bureau tasked with overseeing the law enforcement agency amid criticism the bureau hurts the political neutrality of police.

The 16-person bureau in charge of drawing up key policies and regulations for police has been met with strong protests from front-line police officers who claimed the measure would put police under political influence and compromise their political neutrality.

Some police officers have taken to collective action to protest the establishment.

"Police power should also be subject to checks and surveillance, but at the same time their neutrality and responsibility are a value that should never be compromised," the nominee said. 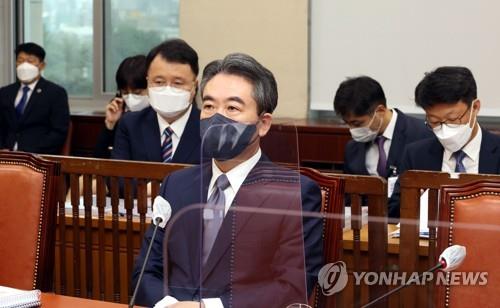 Police chief nominee says police power should be under oversight

Police chief nominee says police power should be under oversight