Kwak Sang-do, a former two-term lawmaker of the ruling People Power Party (PPP), was set to be released from the Seoul Detention Center later in the day on a 300 million won (US$229,691) bail, according to the officials.

Kwak was charged with taking 5 billion won in bribes from Hwacheon Daeyu Asset Management, which is at the center of the development corruption scandal, in the form of severance pay for his son who worked at the firm for about six years.

In return, he allegedly helped the asset firm form a consortium with KEB-Hana Bank for the project to develop the Daejang-dong district in Seongnam into an apartment complex and collect astronomical profits.

Kwak has been denying all the charges. 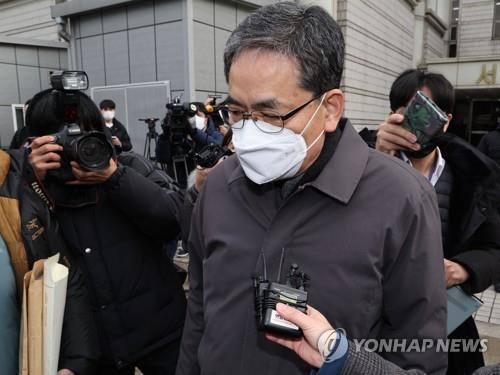