SEOUL, Aug. 8 (Yonhap) -- South Korea is reviewing its possible participation in the U.S.-led semiconductor alliance from the perspective of national interest and has no intent to build an exclusive grouping against China, the industry minister said Monday.

Industry Minister Lee Chang-yang made the remarks amid concerns that South Korea's possible joining of the "Chip 4" could cause friction with China, its largest trading partner, if it develops into an exclusive grouping against Beijing.

The Chip 4 is an envisioned alliance of semiconductor powerhouses tentatively involving the U.S., South Korea, Japan and Taiwan, widely considered a grouping against China and aimed at countering Beijing's influence in global supply chains.

"We will decide (whether to join the Chip 4) purely from economic and strategic perspectives for the national interest. We don't have a plan to exclude a certain country or make an exclusive grouping," Lee told reporters.

The minister said his country will continue to seek cooperation in the chipmaking sector with China at "various levels."

South Korea has decided to join a preliminary meeting of the Chip 4 that is expected to take place at the end of August or in early September.

At the upcoming meeting, Seoul plans to express its opinions about the "desirable" direction in which the Chip 4 should go forward, Lee said.

Touching on exports of power plants, the minister said there has been "some progress" without going into details.

"The government plans to set up a task force to discuss sales strategies of power plants, and start with the Czech Republic and Poland (for nuclear energy sales) in the global power plant market," Lee said.

Lee visited the two European nations in late June to support local firms in winning contracts for building new power plants there, as the country has been actively pushing to revive its nuclear energy industry, in a reversal of the former government's nuclear phase-out policy. 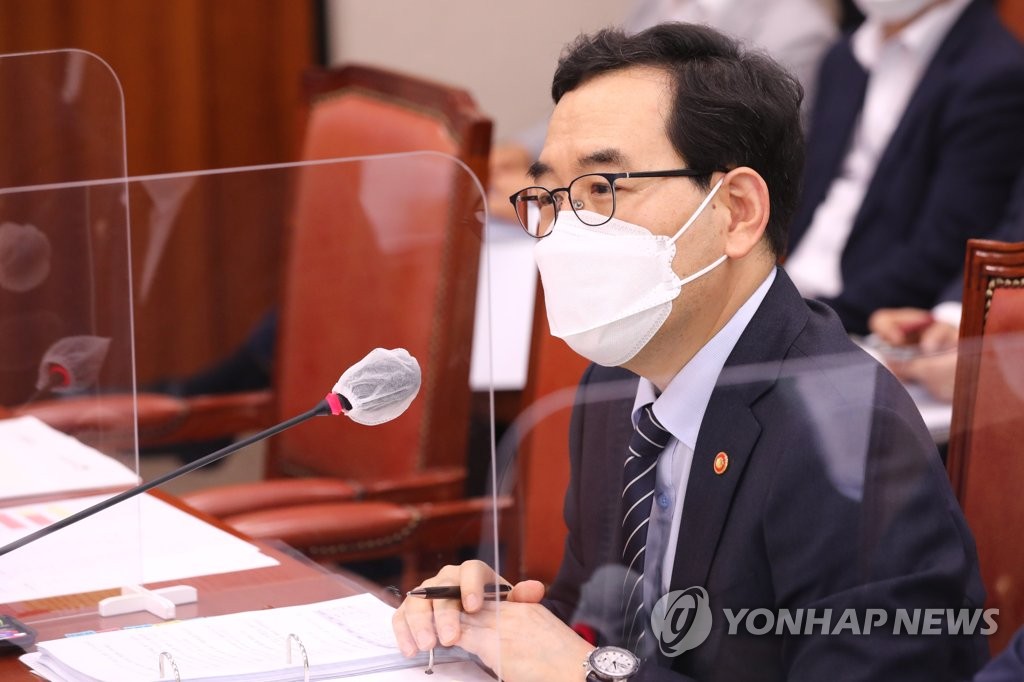