"President Yoon said at this meeting that there is no such thing as a policy that goes against the people's will and that important policies and reform tasks must begin with the process of carefully examining the people's thoughts and hearts," she said.

Yoon's comments came as he returned from a weeklong vacation during which his approval rating sank below the 30 percent mark.

The president also instructed the prime minister to mobilize all disposable resources to prepare bold and extraordinary steps to ease the burden of rising prices on the people ahead of the Chuseok holiday next month. 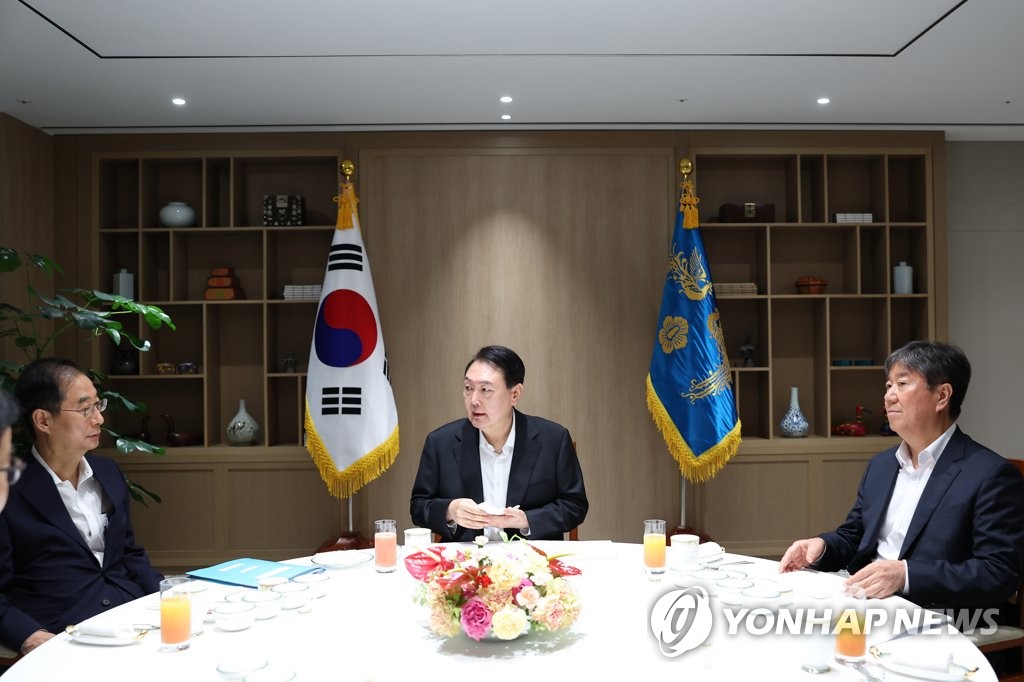