SEOUL, Aug. 8 (Yonhap) -- Three-time Olympic speed skating medalist Kim Min-seok received an 18-month ban from the competition Monday for a recent drunk driving accident, a decision that will still allow him to compete at the next Winter Games in Italy.

The Korea Skating Union (KSU) disciplined three other speed skaters for their involvement in the accident that took place inside the National Training Center in Jincheon, some 90 kilometers south of Seoul, on July 22.

That evening, Kim, along with brothers Chung Jae-woong and Chung Jae-won, and teammate Jeong Seon-kyo, had dinner at a restaurant outside the training facility and had a few drinks, according to the KSU.

Chung Jae-woong, while intoxicated, got behind the wheel of Kim's car and drove his three teammates back into the training compound.

After they returned, Kim, Jeong and Chung Jae-woong joined the birthday party for a short track speed skater, Park Ji-yun, at the Welcome Center. After the party ended, Kim offered to drive Jeong, Chung and Park back to their dorm, and crashed into a structure separating the sidewalk and the driveway.

The skaters walked back to their rooms without reporting the accident, which was captured on a security camera in the area.

Chung Jae-woong was banned for one year for also driving under the influence of alcohol. Jeong Seon-kyo and Chung Jae-won were suspended six months and two months, respectively, for abetting impaired driving and riding in the vehicle driven by their intoxicated teammates.

Kim Jin-su, head coach of the national speed skating team, was slapped with a one-year ban for his lack of oversight. 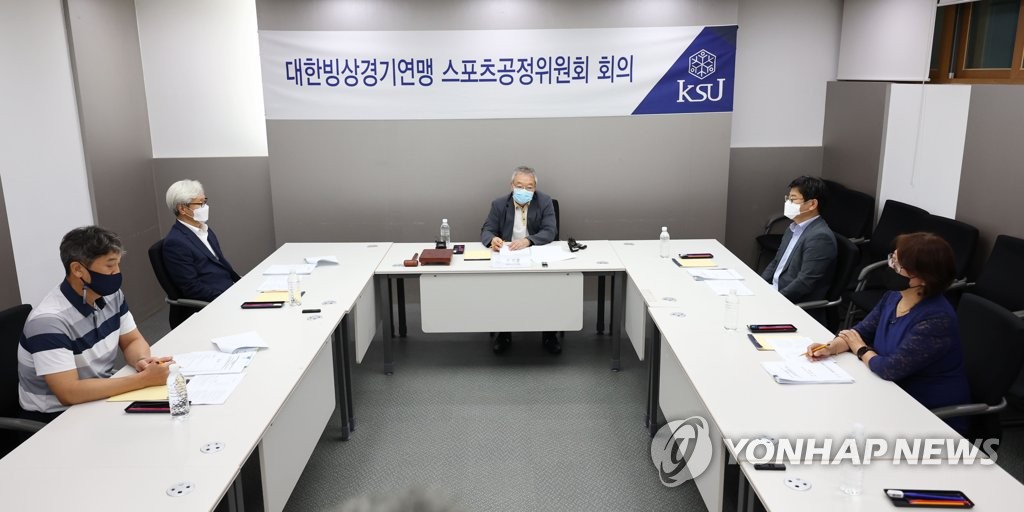 All four skaters attended the hearing held earlier in the day to state their cases.

Kim Min-seok, 23, is a rising star in speed skating. At the 2018 PyeongChang Winter Olympics, Kim won silver in the men's team pursuit and bronze in the men's 1,500 meters. Earlier this year at the Beijing Games, Kim grabbed his second consecutive bronze in the 1,500m. It was also South Korea's first medal in Beijing.

Chung Jae-won also won the team pursuit silver in 2018 and added silver in the mass start in Beijing this year.

Kim Seong-cheol, head of the KSU's disciplinary committee, insisted the skaters didn't get off easy.

"For an athlete, being banned for a year and a half can be career threatening," Kim said of the ban on Kim Miin-seok. "However, with Kim Min-seok, we did consider his track record of winning Olympic medals."

As for the two-month penalty on Chung Jae-won, Kim Seong-cheol explained: "He claimed that he was so drunk that he didn't remember which car he rode back to the dorm in. We took that into account when deciding on his penalty. But compared to other sports, the lengths of these penalties aren't short at all. We weren't simply trying to protect these athletes by giving them a slap on the wrist." 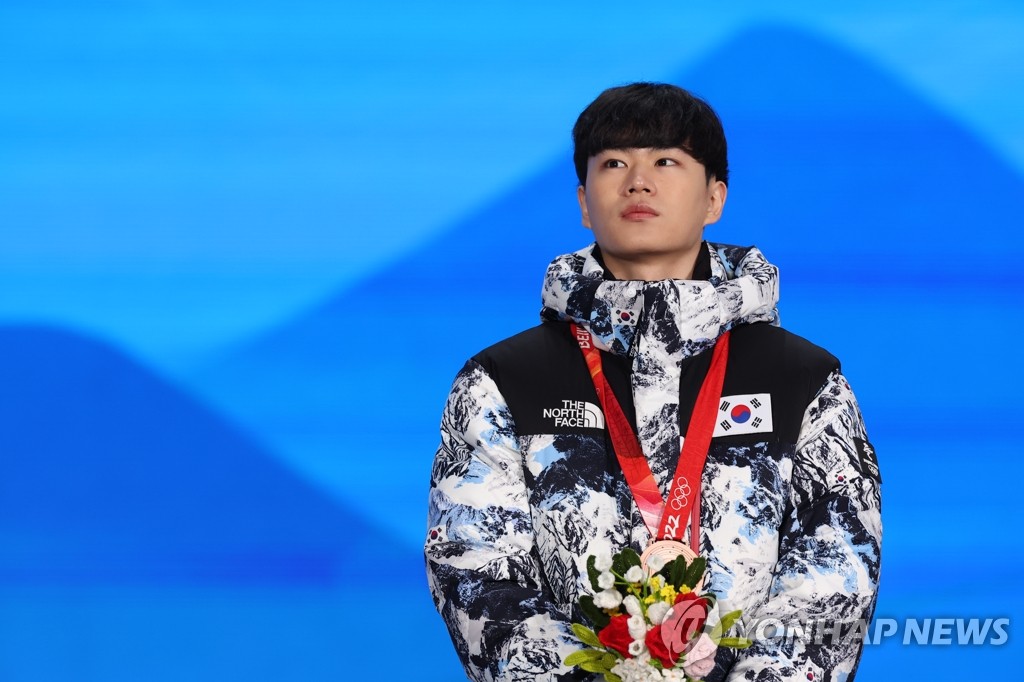