(ATTN: UPDATES with latest info throughout)
By Park Boram

Parts of Seoul, the western port city of Incheon and Gyeonggi Province that surrounds Seoul received heavy rains of over 100 millimeters per hour Monday night, with per-hour precipitation in Seoul's Dongjak district surpassing 141.5 mm at one point, the highest downpour per hour since 1942.

The Korea Meteorological Administration said up to 300 mm of more rain is forecast for the capital area through Thursday, with southern Gyeonggi Province likely to see rains surpassing 350 mm.

The downpours left five people dead and four others missing in Seoul, while in Gyeonggi Province, three had died and two others had gone missing as of 11 a.m., according to the government. 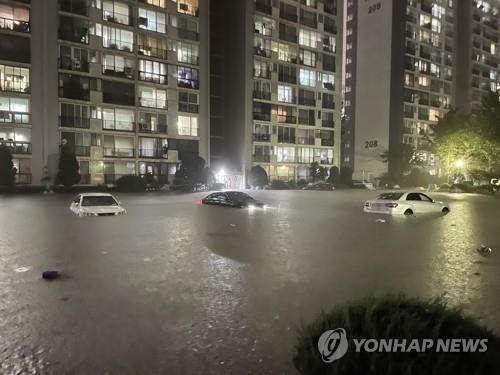 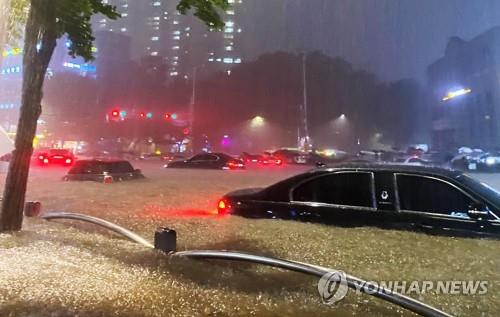 Nine people sustained injuries in Gyeonggi Province and 391 people from 230 households in the capital area were left homeless and took shelter in schools and other public facilities.

The city of Hwaseong in Gyeonggi reported one person killed in a landslide at 4:27 a.m. Tuesday. 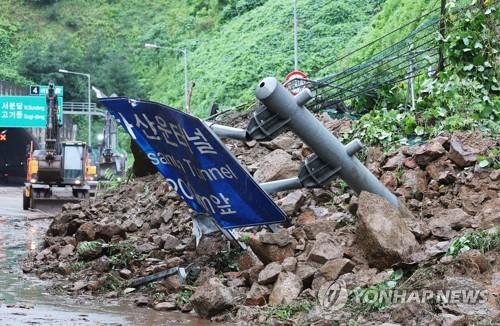 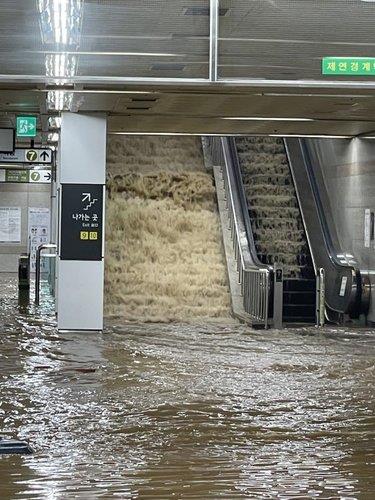 The downpours also left many public facilities out of service, with eight cases of flooded railroads reported in Seoul, Incheon and elsewhere, and causing temporary suspension of services in sections of some railway and subway lines, including Seoul Subway Line 4 and the Gyeongin Line.

About 80 sections of the country's roads, three underground roadways and 26 riverside parking lots were blocked for safety concerns.

The interior ministry upgraded its flood damage watch level from "alert" to "serious" at 1 a.m. Tuesday. 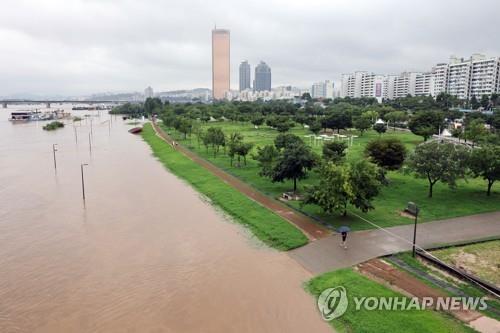