The inspection came as the heaviest rainfall in 80 years battered Seoul and its surrounding areas and officials warned of more downpours in the region in the coming days.

"The capability of a nation is to be exercised in times of crisis," Han said during the inspection, calling for relevant authorities to make utmost efforts to deal with heavy rains and minimize damage.

Han also encouraged officials who working on recovery and urged them to redouble efforts to protect the lives and property of people, Han's office said. 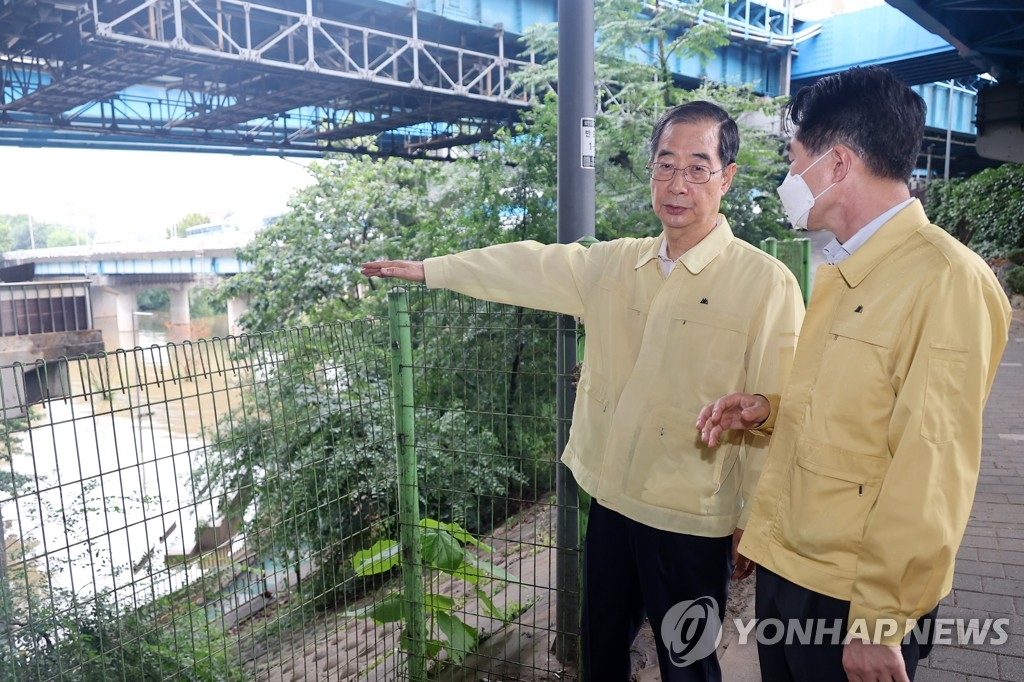 More than 390 people in the capital area were left homeless, and took shelter in schools and other public facilities.

Later in the day, Han visited a temporary shelter of about 100 people from Guryong Village, a settlement of makeshift housing on the southern edge of Gangnam Ward.

Han told them the central and local governments will spare no efforts to help them return to their daily lives as soon as possible, the prime minister's office said. 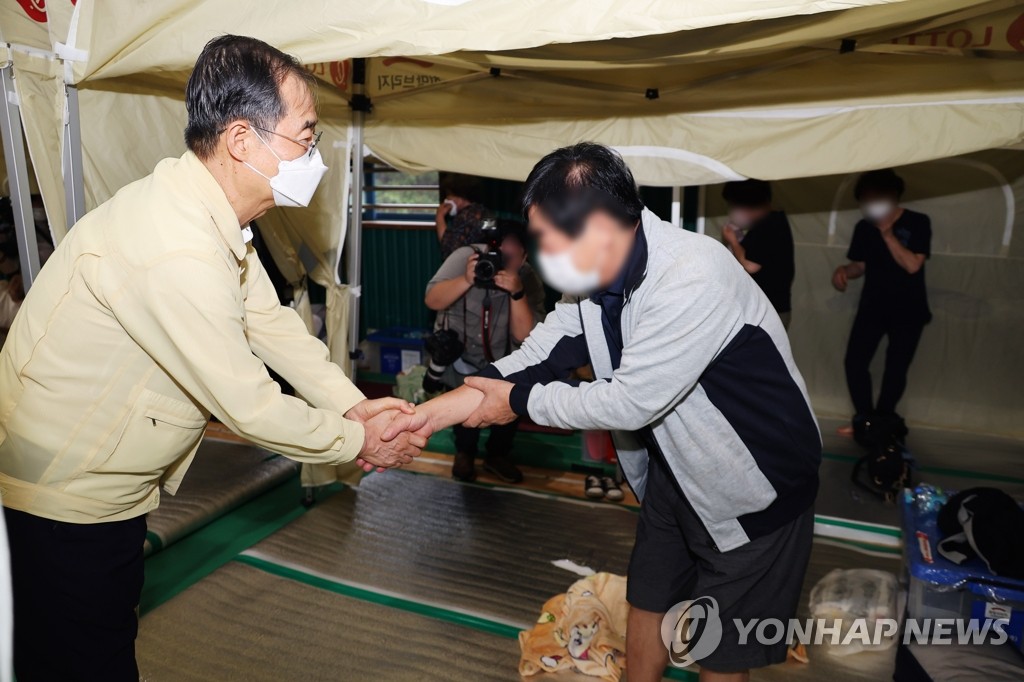