The allies are set to begin the four-day South Korea-led crisis management drills Tuesday in the runup to the Ulchi Freedom Shield (UFS) exercise set to run from Aug. 22-Sept. 1, according to the sources.

Led by South Korea's Joint Chiefs of Staff, the drills are designed to practice a set of procedures to respond to possible pre-war crisis scenarios. They are a computer simulation training based on the allies' wartime contingency plans.

The UFS involves two parts -- the first on repelling attacks and defending the greater Seoul area, and the other on counterattack operations.

The upcoming exercise comes as the allies are striving to strengthen combined defense through measures, including expanding and publicizing training programs, amid concerns the North could escalate tensions by conducting a nuclear test or other provocative acts. 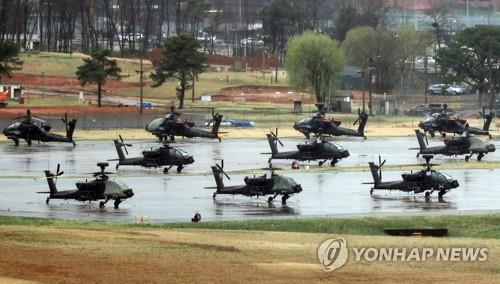