SEOUL, Aug. 9 (Yonhap) -- President Yoon Suk-yeol visited a semi-basement apartment in Seoul on Tuesday where a flash flood the previous night killed a family of three.

Yoon visited the apartment in southern Seoul after presiding over an emergency government meeting on the response to the heavy rains that have pounded the capital and central areas this week.

Eight people were reported killed and six missing in the country's heaviest rainfall in 80 years.

According to the police, the family consisted of a woman in her 40s, her younger sister, and the sister's teenage daughter.

The sister sought help as the heavy rains began flooding her home on Monday night, but all three were found dead when police and firefighting workers had finished draining the apartment.

The elder sister had a developmental disability, according to neighbors.

Yoon met with residents in the neighborhood and comforted them over the damage they suffered in the rain, saying he will do his best to help them quickly return to their everyday lives, his spokesperson Kang In-sun said in a written briefing.

He also instructed the interior ministry and local authorities to conduct a comprehensive safety review of housing for the elderly and the disabled, come up with fundamental solutions, and provide sufficient support to enable victims of the flooding to return to their everyday lives, she said.

Yoon further called on the environment minister to develop a water level monitoring system for rivers and to work with the interior ministry to build sumps and take other steps to ensure the safety of lowlands. 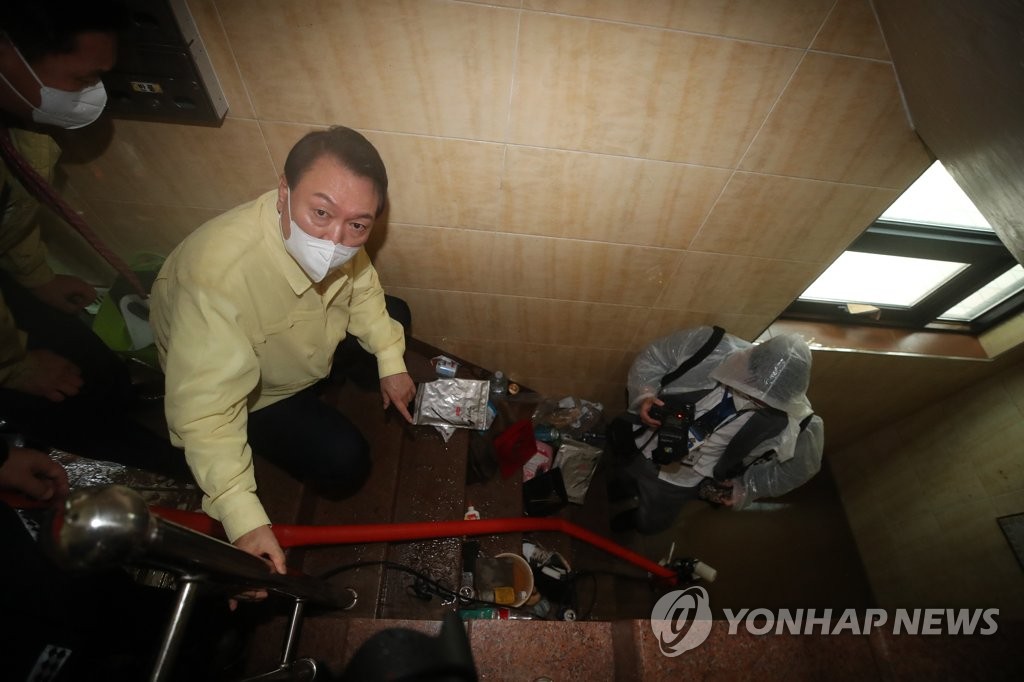