Mirae Asset's consolidated net profit stood at 263.5 billion won (US$202 million) in the April-June period, down from 356.5 billion won a year ago, the company said in a regulatory filing.

The second-quarter earnings exceeded market expectations. The average estimate of net profit by analysts stood at 172.4 billion won, according to a survey by Yonhap Infomax, the financial data firm of Yonhap News Agency.

The decline in net profit, however, came as South Korea's brokerage industry has faced unfavorable market conditions, including a fall in transaction fees, largely as investors took to the sidelines amid rising borrowing costs.

The Bank of Korea has delivered six rate hikes since August last year to rein in inflation, but such tightening has weighed on stock markets. Unfavorable stock market situations have made it hard for brokerages to make a profit from underwriting shares issued through initial public offerings. 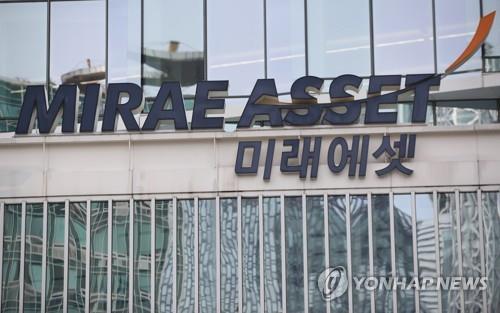